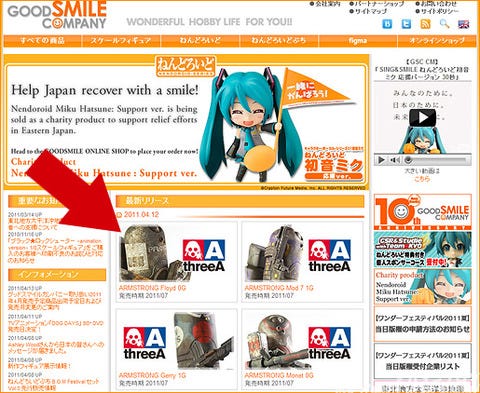 I’m really not too sure myself!
So today, we’re going to learn a little bit about them!

First up, what exactly is ‘threeA’?
If we take a look at the advert displayed at the last WonFes…

So simply put, the robots and characters designed by Ashley are made into a variety of figures!

By the way, Ashley has been involved in big names like the Metal Gear Solid game series!

So to summarize…
They are robots designed for combat!

So that explains why they all look so strong! The robots also each have their own teams! 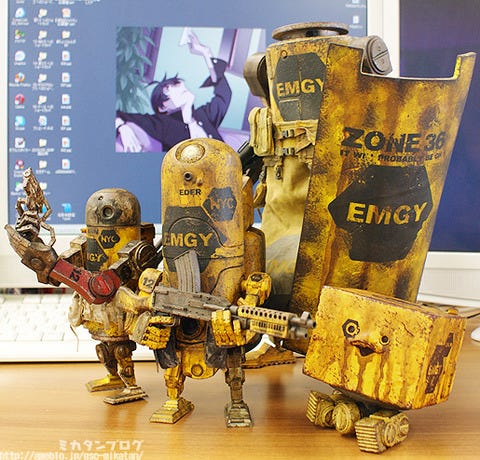 These yellow ones are part of the…

Each of the robots are separated into teams like this and each team has their own roles to play. The yellow team focuses on dealing with emergencies such as civil disasters! They were also the team that was responsible for the Peaceday Massacre. (Peaceday are a pink team!) 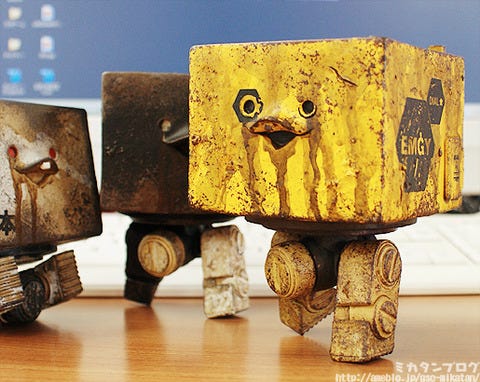 Each robot type has their own name, but my favorite has to be this one!

What a devious little robot!!

Really! Its just so adorable!
With such a cute little face how could you not trust it!? Devious indeed!

I had heard of WWR quite a while ago but I had never really looked into it very much… but ever since I heard about the setting and saw Square-chan I’ve fallen in love… unfortunately Square-chan is the ONLY robot I know, so I think I’m going to have to study up on a few more of the robots names… :P

Also, today’s post really is just on my understanding of the WWR world!
I might have got some information wrong… and the WWR fans are going to come and get me… if that’s the case, I’m sorry! ^^; 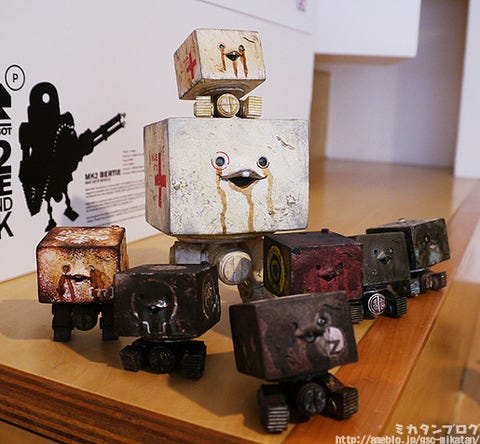 I borrowed this photo from BRS’s original creator, huke!
These little ones are all his own figures!

Those of you who follow them on twitter will probably already know, but huke and Asai-san both apparently have very impressive collections of WWR modesl! As for me… I’m really liking the white ‘Medic’ team… the white Square-chan is just so adorable… he’s like a little first-aid kit!! :P 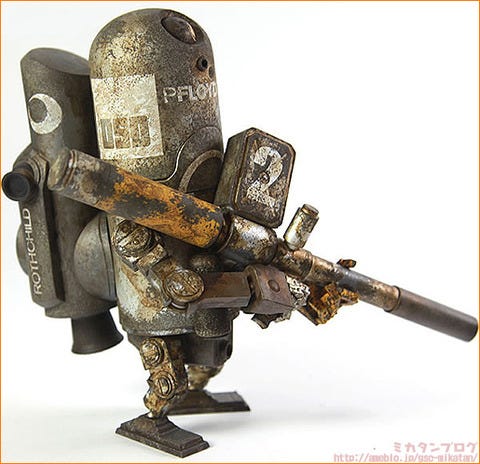 Right, so now we have at least got an idea about the WWR world!
Tomorrow I’m going to take a look at this ARMSTRONG model!

R-Right! This’ll be my first time reviewing a figure like this, but I’ll do my best!
I wonder what kind of things this robot does…?

Anyway, that’s all for today!
I hope to see you all again tomorrow!  (・∀・)ノ゛