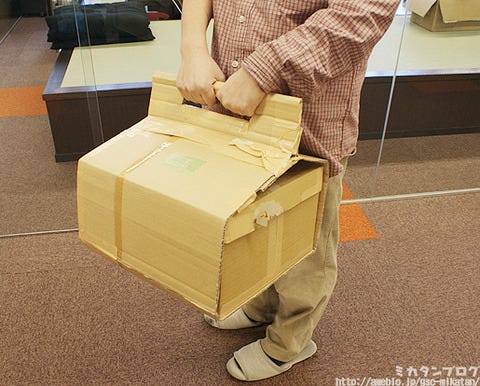 Thus the figure carry case was created!
Take-chan really outdid himself this time! It really has that nice home-made feeling to it. :P

The figure I’m reviewing today takes up a lot of space, so finding something that would hold it safely was really difficult. At least now Miyan can head to the photo shoot safely! 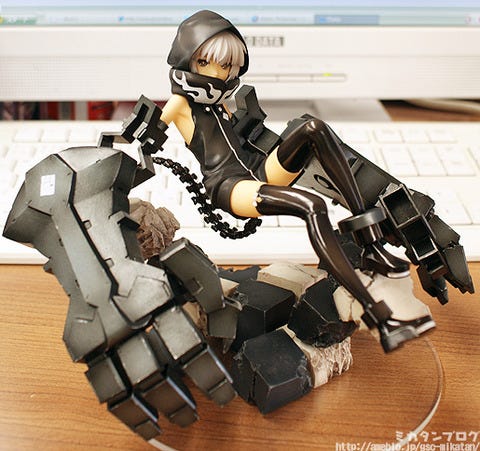 And that figure is this one! 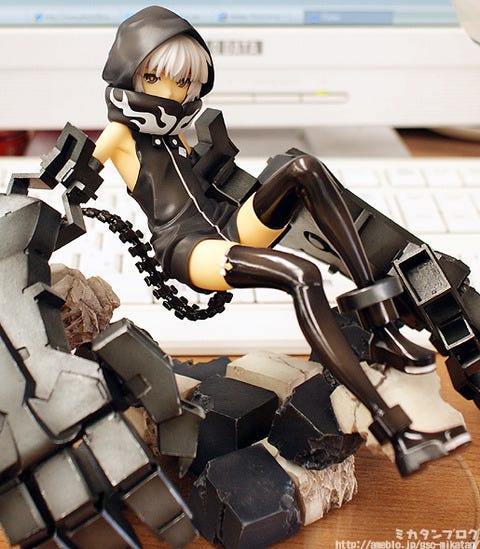 She is the same scale as all the previous BRS figures – 1/8th scale. Strength herself is quite petite and cute, but her huge arms and stand really give her a volume to boast about! 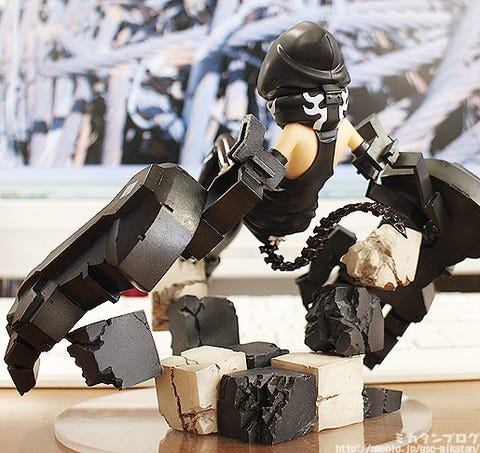 Looking at it from this angle makes it look as if she is floating in mid air…!  You might be a little bit worried about the stability of the figure, but don’t be – it’s in fact very securely attached by the ogre arms and the blocks on the stand. 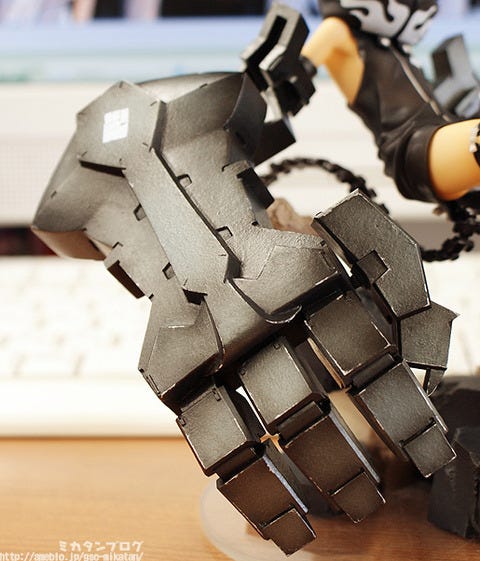 The paint work looks absolutely stunning!! The Nendoroid Orge Arms looked great, but the 1/8th scale version are on a completely different level!! 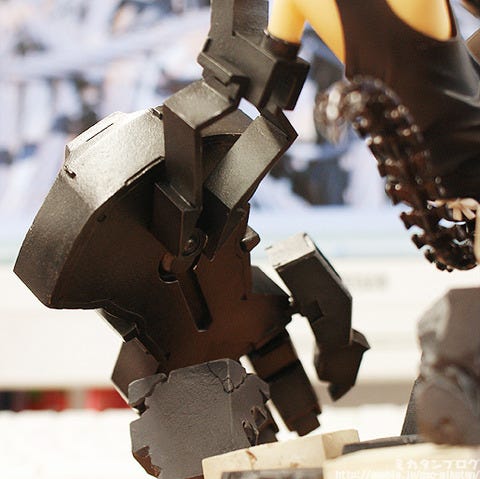 The back of the Orge Arm!

The best thing about figures – you can look at your favorite characters from any angle you want to!

Another cool thing about the arms is that you can see exactly how they would move from their design… I can just picture them moving now!! 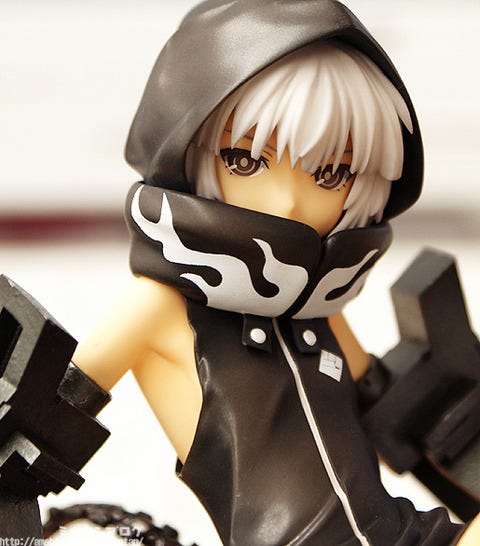 A close up on her face!

She has a much more loli face when compared to the other BRS girls… it’s very cute!! The hood covering up her mouth also adds a nice mysterious feeling! 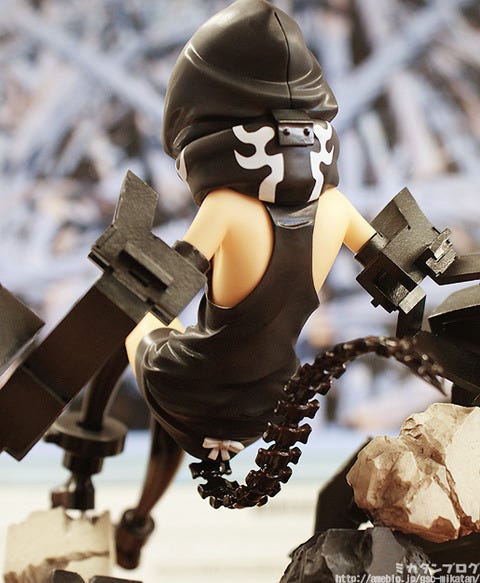 Her lovely long tail in all it’s glory!

Strength-chan has a long bone-like tail quite similar to Dead Master’s horns. The detail on the tail is also incredible to look at! 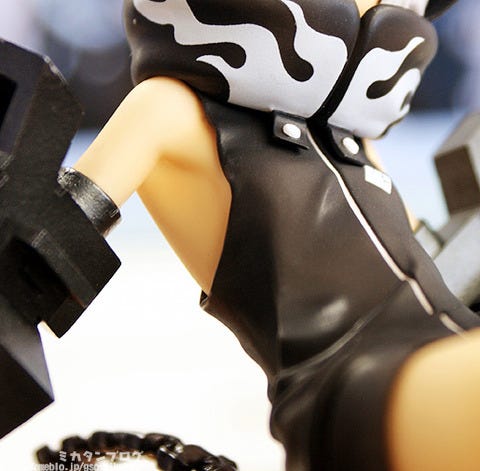 Her beautiful armpits! Aren’t they stunning!?
I still remember Dead Master’s bare back very fondly… but…

This no-sleeve look really is something as well!

Then there is this shot… which has given Strength-chan quite the reputation in the GSC offices! 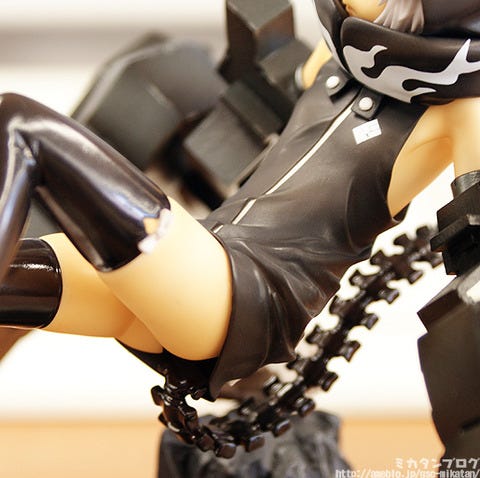 While I was taking photos, the sculptor of the original BRS figure series, Akeji, came by to give a comment… 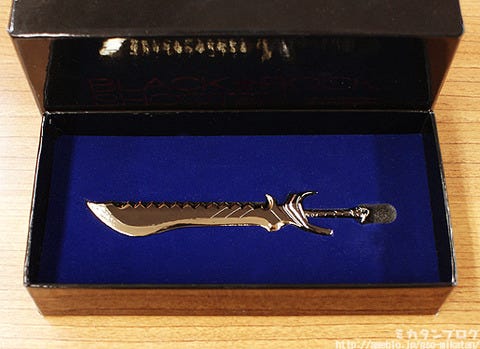 And now for a sudden change of topic…

Black Rock Shooter: Character Charm Collection 03 – King Saw will be going on sale soon!
I got a sample, so I’ll play around with it for a bit… :P 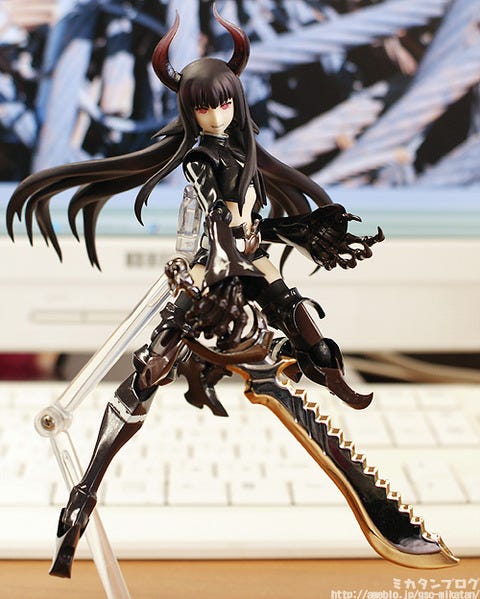 figma Black Gold Saw can even hold it!
It’s metal so it really shines… it makes her look very classy!

The charms are actually fairly heavy for figmas to hold, but Golden Saw’s hands are fairly large so she can hold it quite nicely. ^^
It also comes with a chain, so you can of course use it as an accessory as well! 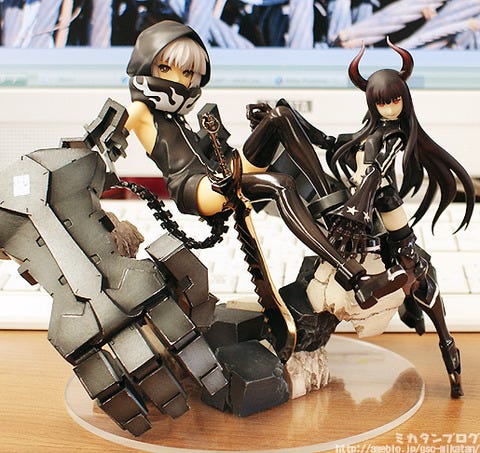 It obviously looks good to display 1/8th scale figures together with each other… but differing scales can also look quite nice together!

Is it just me, or does the picture above have a distinct yuri feeling about it?

The 4th figure on the Anime BRS 1/8th scale series:

She’ll be on the GSC site tomorrow!

Deliveries to certain areas cannot be made due to the recent earthquake, but as soon as possible products will be sent out. For ordering details or questions please check out our partner shops.

All of our future products may be delayed due to shipping problems, planned blackouts and other circumstances with the shipping companies, but we will strive to keep them all on the same schedule they are currently on. It’s hard to determine how things will turn out in the current circumstances, but we hope everyone will understand!

These girls are now up for preorder!
The Panty & Stocking with Garterbelt Twin Packs!

Both are a set of two figures with a bonus mini-figure for just 1890JPY each!
They measure about 90mm in height, so they are easy to display as well! 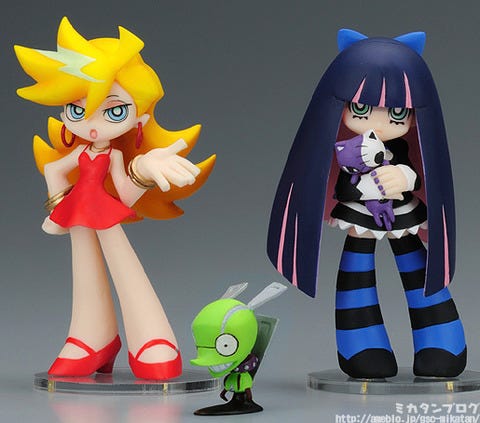 This set is Panty & Stocking with Chuck! 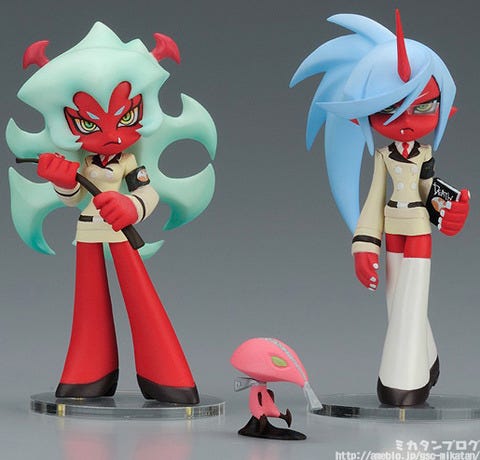 And this one is Scanty and Kneesocks with Fastener!

The poses are all based on original illustrations from the series so fans are bound to enjoy them! They are introduced in a lot more detail on Phat! Blog, so if you’re interested check them out there! (Only in Japanese.)