A new box of figure samples has arrived! 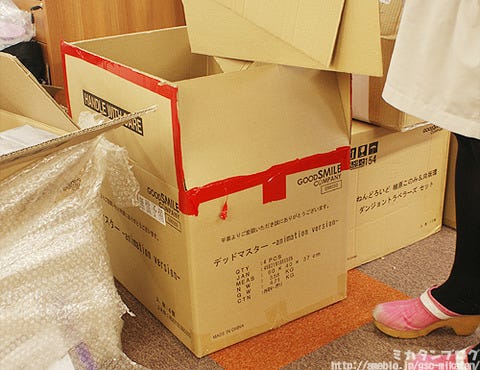 I was just about to go check what was happening with the production team too… what good timing!

Pass one over here please!! 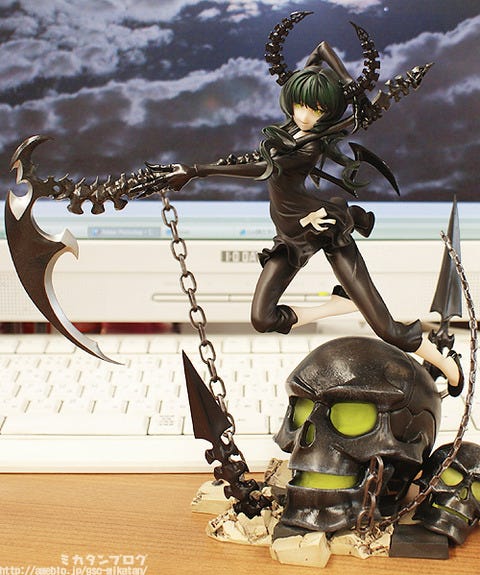 The previously released ‘-original version- had a ‘calm’ feeling to it, while this -animation version- focuses on a more dynamic pose! 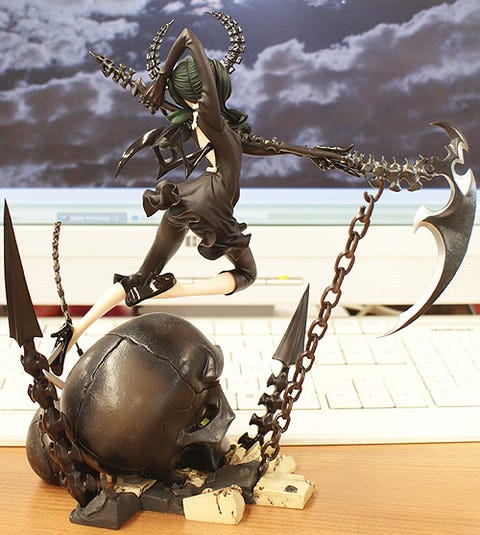 Even from the back this version of Deadmaster looks like she is ready to strike! I really expect her to jump up at any second…!! 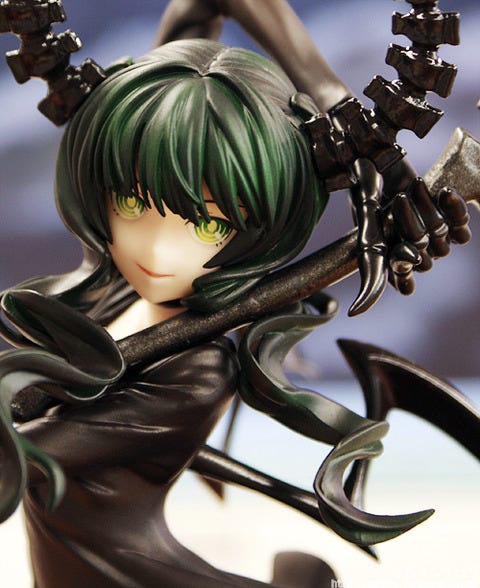 That gaze just draws you in!

It’s a very different feeling to the eyes that were on the original version… The long twirls in her hair have also been beautifully sculpted! 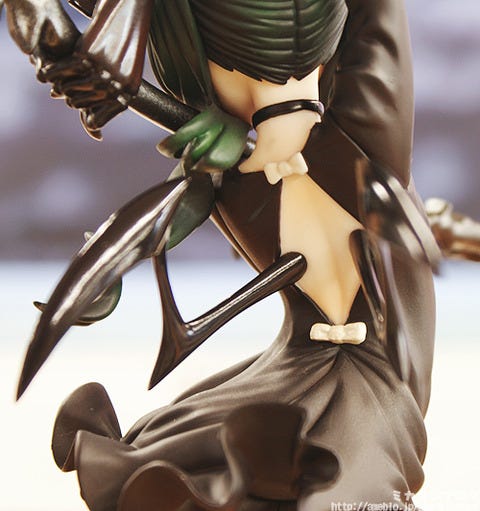 Her open back is just as sexy as always!

The nape of her neck also needs a special mention!! The long slender neck with her beautiful white skin contrasts with her black outfit wonderfully! 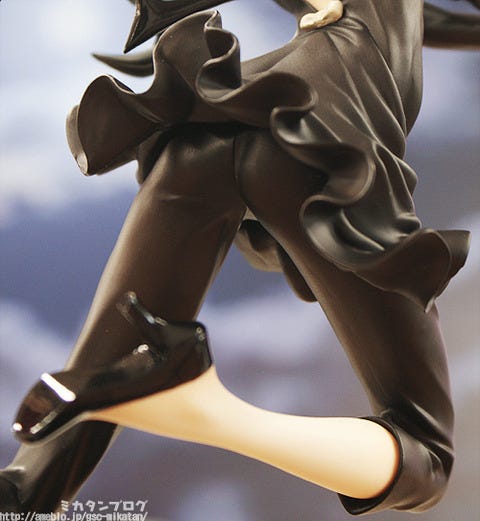 The much needed low-angle shot!

Once again the contrast between her black outfit and snow white skin is stunning…  the shiny effect on her high heels also looks really nice. 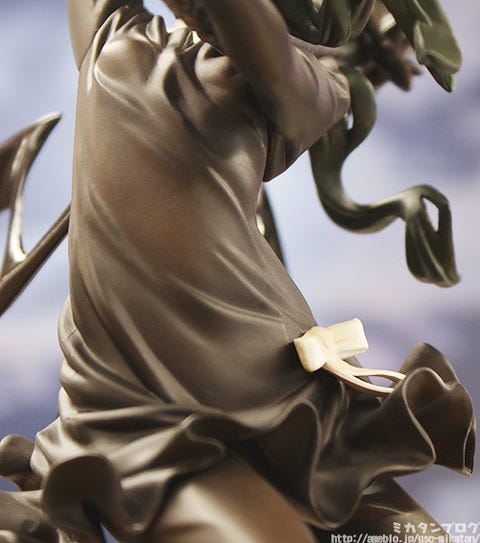 The pose in mid-spin looks great!

You can make out her whole body line through her twisting clothes… it adds some nice spice to the figure! It also makes me want to try and picture whats beneath those clothes… 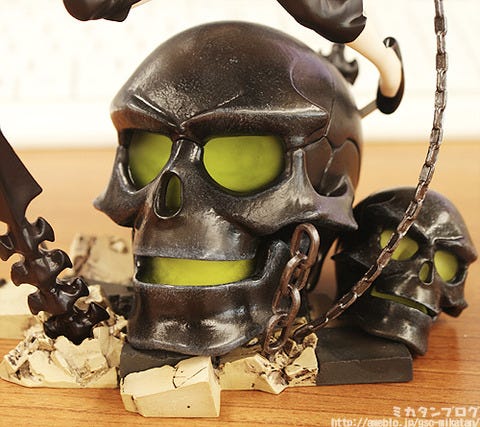 The stand is made up of skulls!

The BRS figure series is well known for it’s stands that help to recreate the atmosphere of the BRS world. This one brings back Deadmaster’s famous skulls as part of her stand… and as per usual the detail is absolutely incredible for a stand. 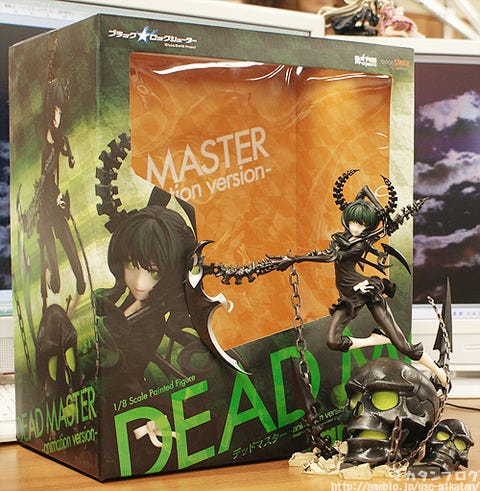 She should be in stores today!

Deliveries to certain areas cannot be made due to the recent earthquake, but as soon as possible products will be sent out.

For ordering details or questions please check out our partner shops.

All of our future products may be delayed due to shipping problems, planned blackouts and circumstances with the shipping companies, but we will strive to keep them all on the same schedule they are currently on. It’s hard to determine how things will turn out in the current circumstances, we hope everyone will understand! 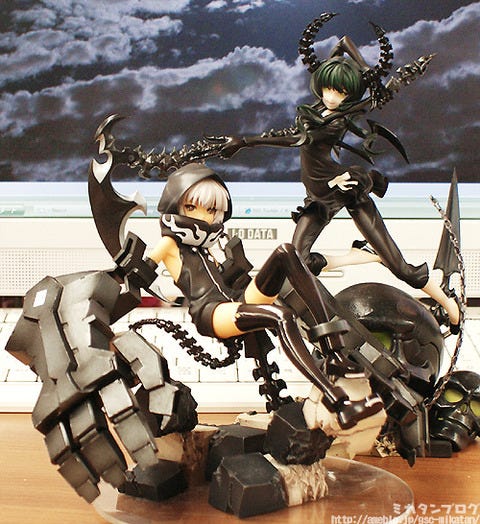 
She will be announced soon, and she’ll be up on the blog shortly as well, so look forward to it!