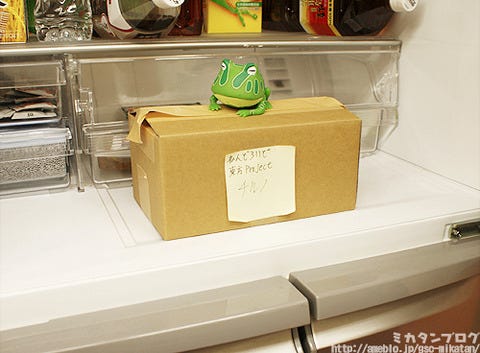 I’ve been running around all evening searching for this figure… when I tweeted that I couldn’t find it someone even replied “She’s finally gone and lost a master figure”… But look! I found it! I shall never lose one!

I guess I shouldn’t be all that proud about it though… it took me ages to find… :/ 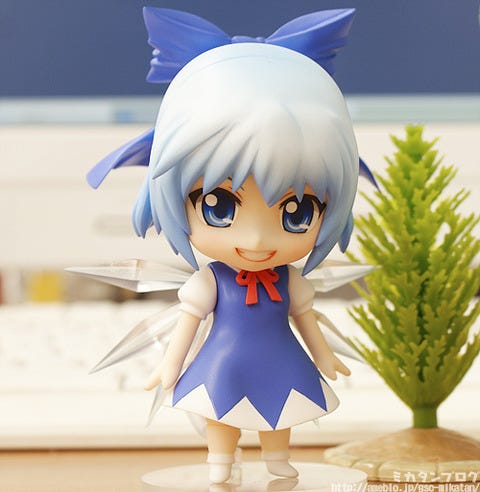 But anyway, today we’re going to take a look at…

The 9th Nendoroid in the Touhou series:

Cirno is the ‘Ice Fairy of the Lake’ from Shanghai Alice’s popular game series the ‘Touhou Project’, and she is now also the 9th Nendoroid to join the Touhou series! 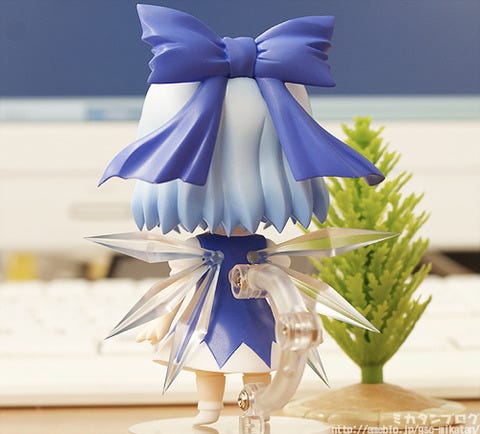 As I mentioned above, Cirno is an ice fairy!

The wings on her back are made of a beautiful clear plastic just like Flandere’s were. If you look really close you can also see they have a very faint blue tint to them… it’s beautiful! 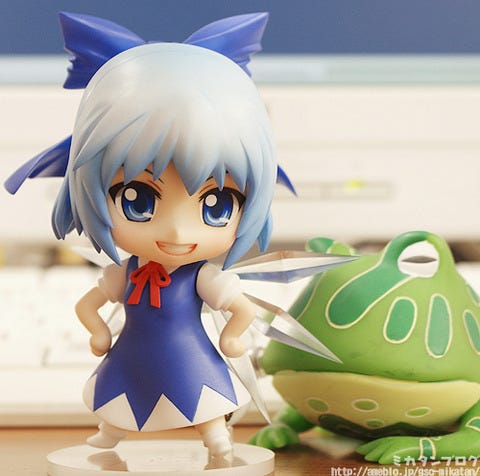 This kind of confident smile really suits Cirno best! She is also making use of a set of optional parts here – the shoulders are different to allow her two bent arms to be used, which lets you pose Cirno in this confident looking pose. She’s never wrong you know! 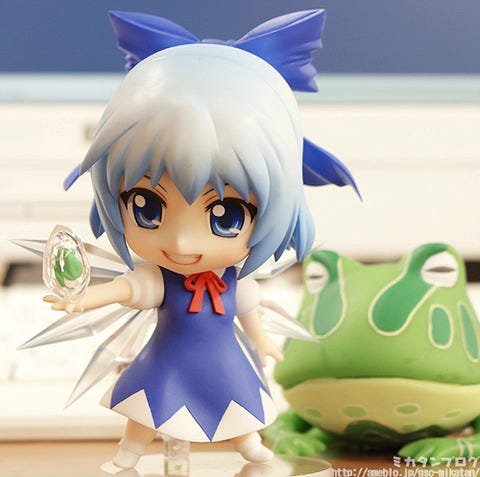 A frog trapped in ice with hands to hold it!

It is a rather odd extra to have isn’t it! Being an ice fairy living by a lake…

One of Cirno’s hobbies is freezing and unfreezing frogs!

Unfortunately she fails once in awhile… leaving the poor little frog shattered into pieces with the ice… ^^; 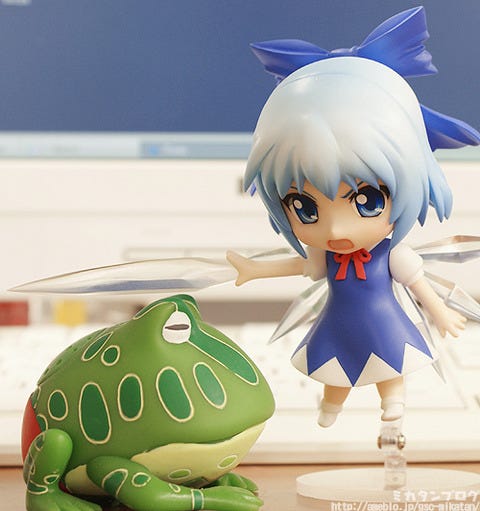 An angry face and an ice sword!

Cirno can even do things like this with her control over ice!

The ice sword featured in the fighting game Touhou Hisoutensoku and is included with the Nendoroid as an optional extra. Obviously it also comes with a hand to wield the sword, as well as an expression more suited to combat! 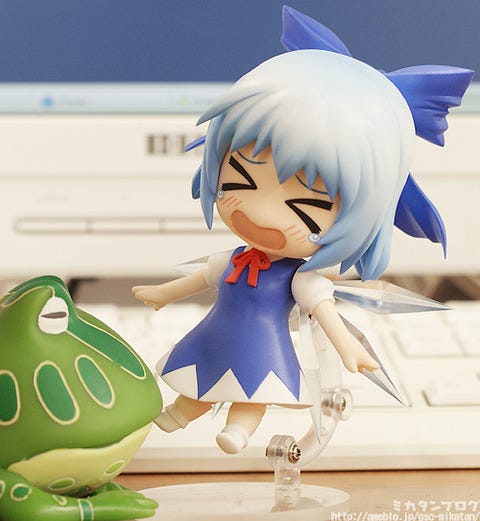 A crying face for when she loses!

Aww… she looks so upset that she lost… but it’s so cute!

As you can see she is also the first Touhou Nendoroid that might get an aerial base and stand! This isn’t definite just yet, it might still change for the final release… I hope it will get through to the final release though! 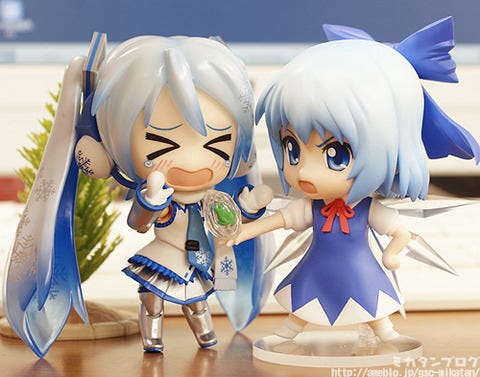 Do you think Snow Miku and Cirno would get along with each other?

The final optional part for Cirno is an extra set of legs – legs that are open much wider than the standard Nendoroid legs! This is another part that helps create a boastful pose for Cirno, seen that is definitely the most defining pose for her character!

You can actually make the legs appear more apart on any Nendoroid simply by twisting the leg joints so that the ‘line’ part of the join show, but…

Take-chan was quite adamant that she got a separate set of legs, and so she did! You might also be able to use the legs on other characters from the Touhou Nendoroid series! (That might also change for the final product, however…)

She’ll be on the GSC website on the 10th!

For pre-ordering questions or details, please visist NicoNico Chokuhan, animate, GAMERS or Tora no Ana stores – they are responsible for the sale of Touhou goodies!

You can find more information on the Good Smile Company Website ! 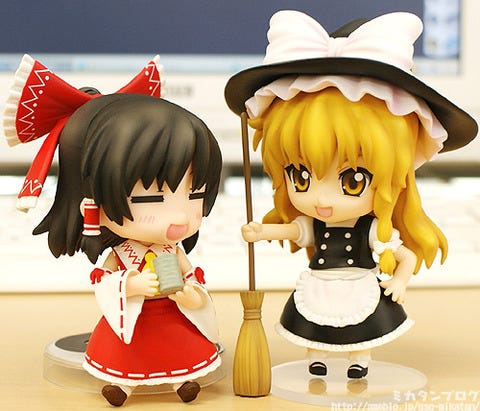 Nendoroid Reimu and Marisa are both going on resale!
If you missed the initial releases don’t miss them again!