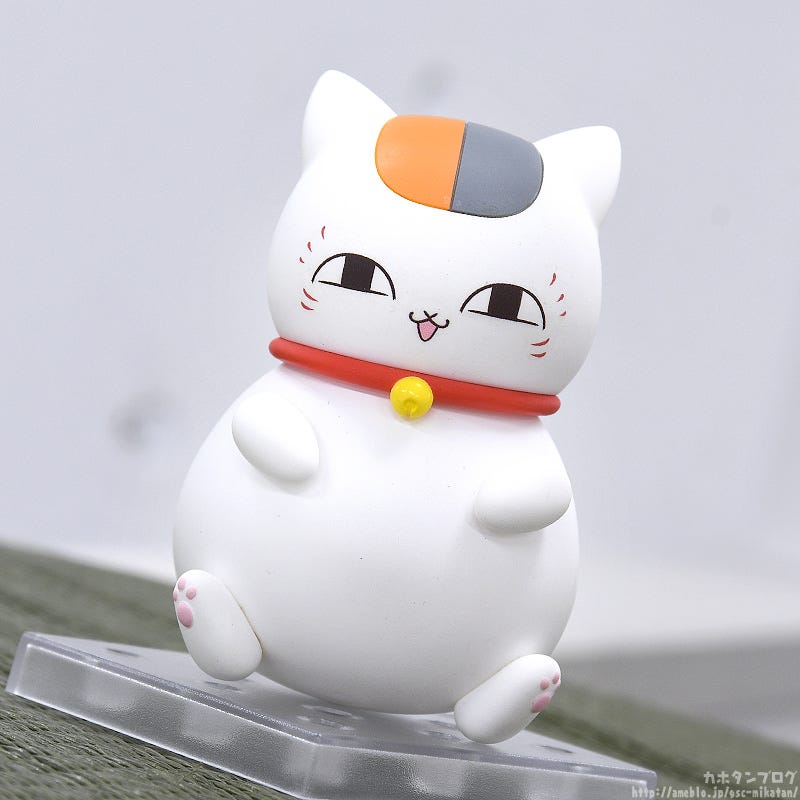 “What do you mean, ‘Nyanko’!? How disrespectful.”

From the popular anime series “Natsume Yujin-cho” comes a Nendoroid of the main character Natsume’s bodyguard, Nyanko Sensei! He comes with four face plates including a standard face, a face with his tongue sticking out, a relaxed face and an angry face. The Nendoroid also comes with plenty of optional parts, like a manju, a fried shrimp, a bottle of Neko-koroshi sake, a sake cup, a green foxtail plant and a butterfly. Enjoy displaying Nyanko Sensei in all kinds of scenes and situations! The Nendoroid makes use of magnets in the arms and legs, allowing for natural, easy posing. Be sure to add the expressive Nyanko Sensei to your collection! From “Natsume Yujin-cho” comes an adorable Nendoroid of Nyanko Sensei! 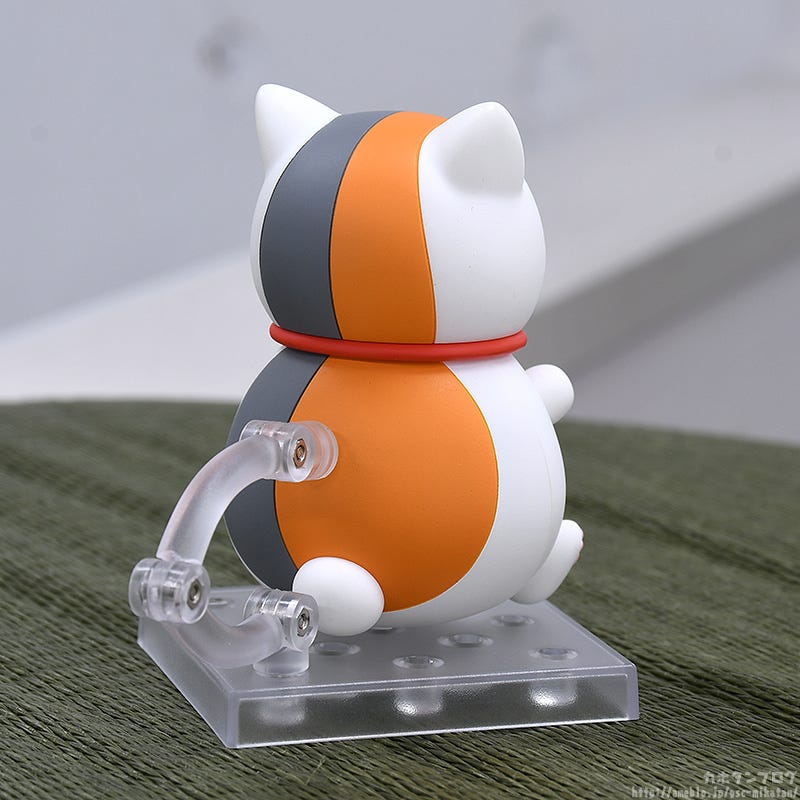 ▲Even from the back he looks so cute and round! In addition to the standard face plate shown earlier, he comes with three additional face plates!

Face Plate with Tongue Sticking Out 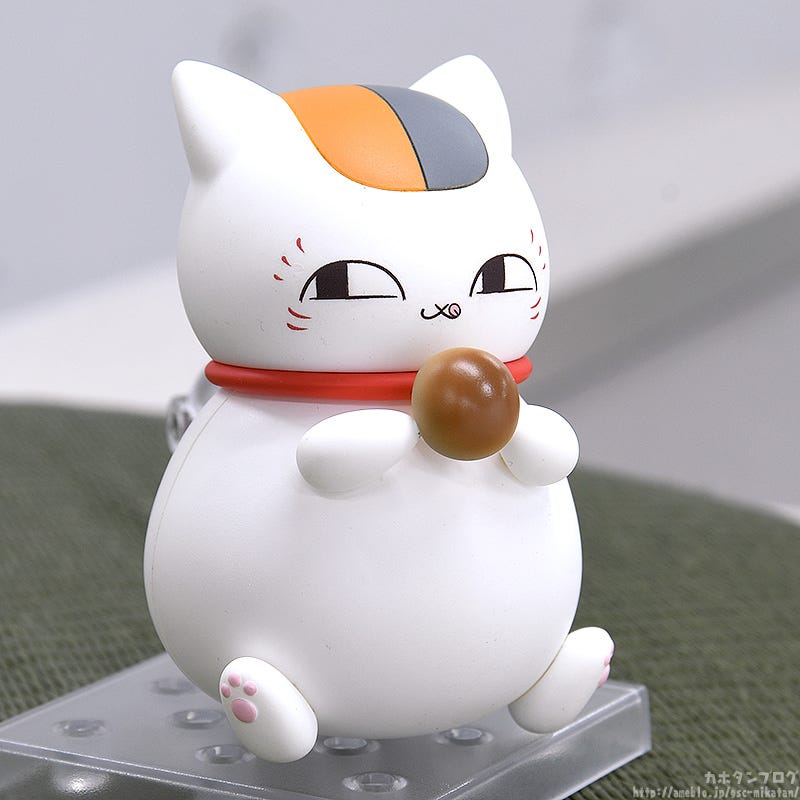 ▲You can pose him holding a manju! 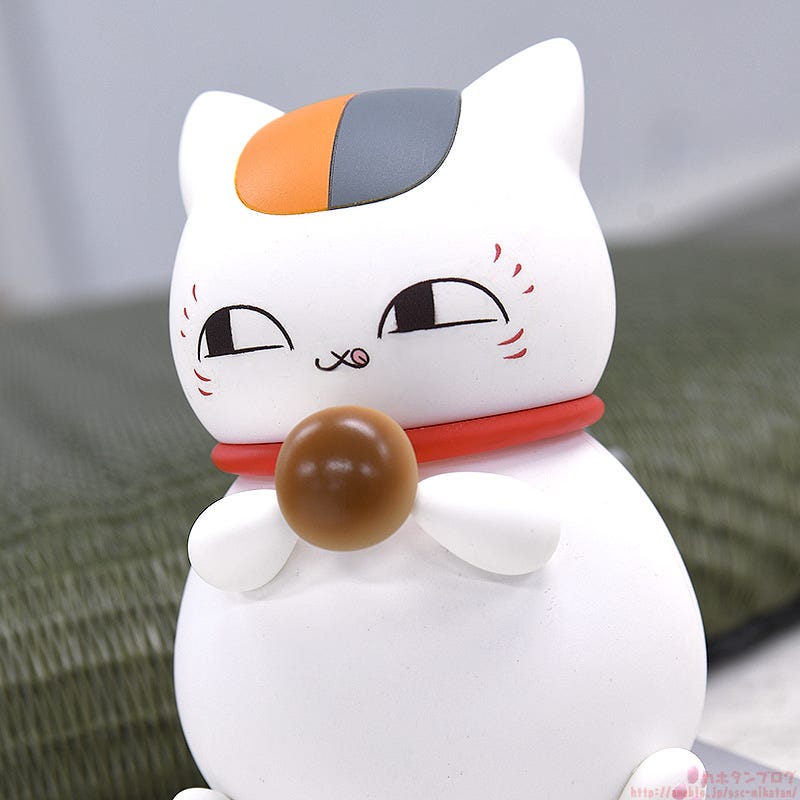 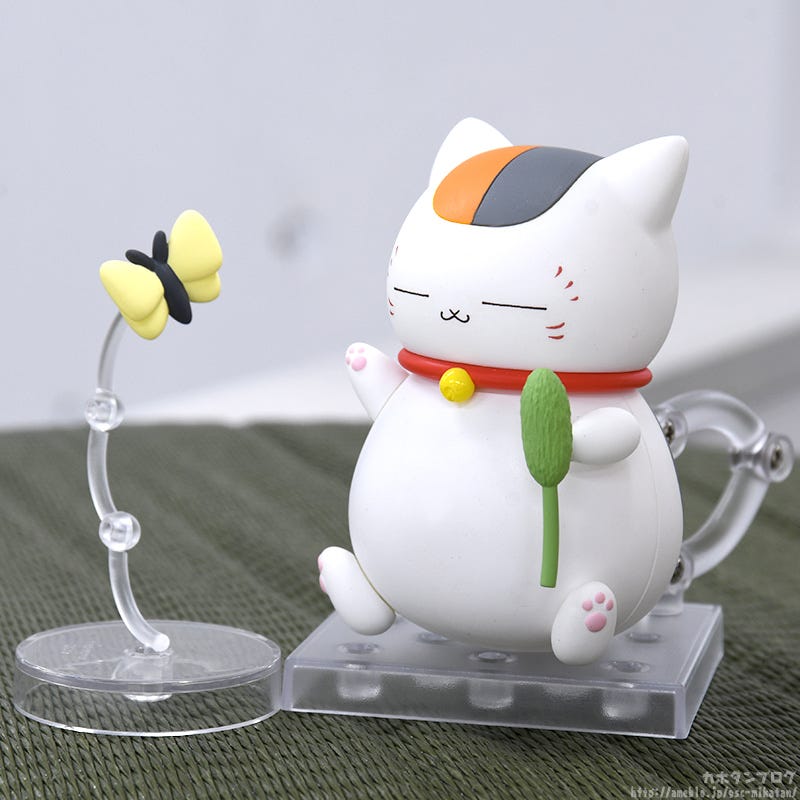 ▲You can also pose him playing with a butterfly, holding a green foxtail plant in his hand! 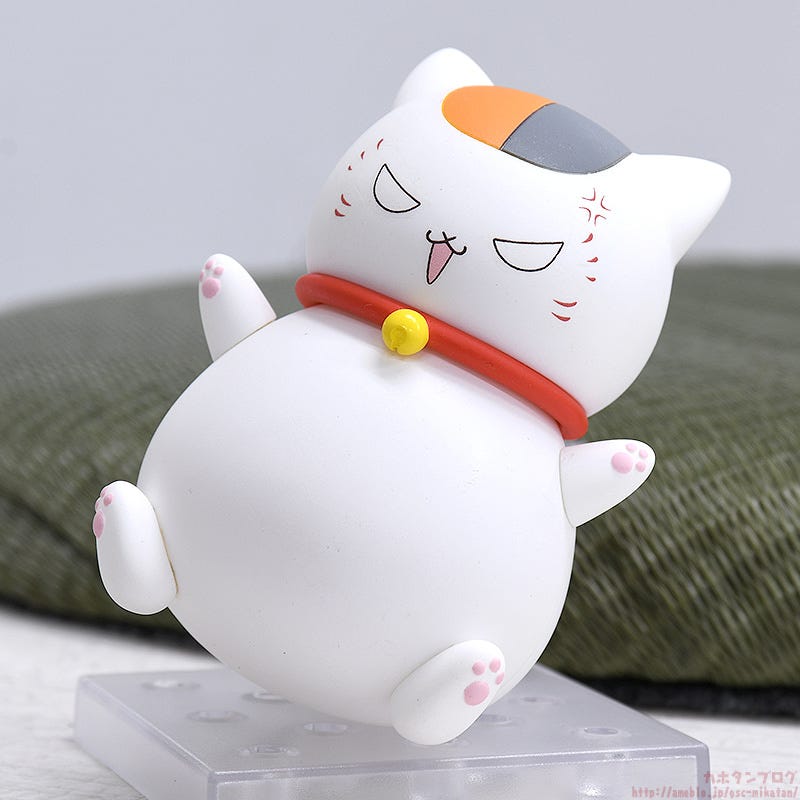 Magnets are also installed in his arms and legs! Enjoy creating all kinds of poses and scenes without losing Nyanko Sensei’s adorable round looks!

A fried shrimp, bottle of Neko-koroshi sake and a sake cup are also included as optional parts! 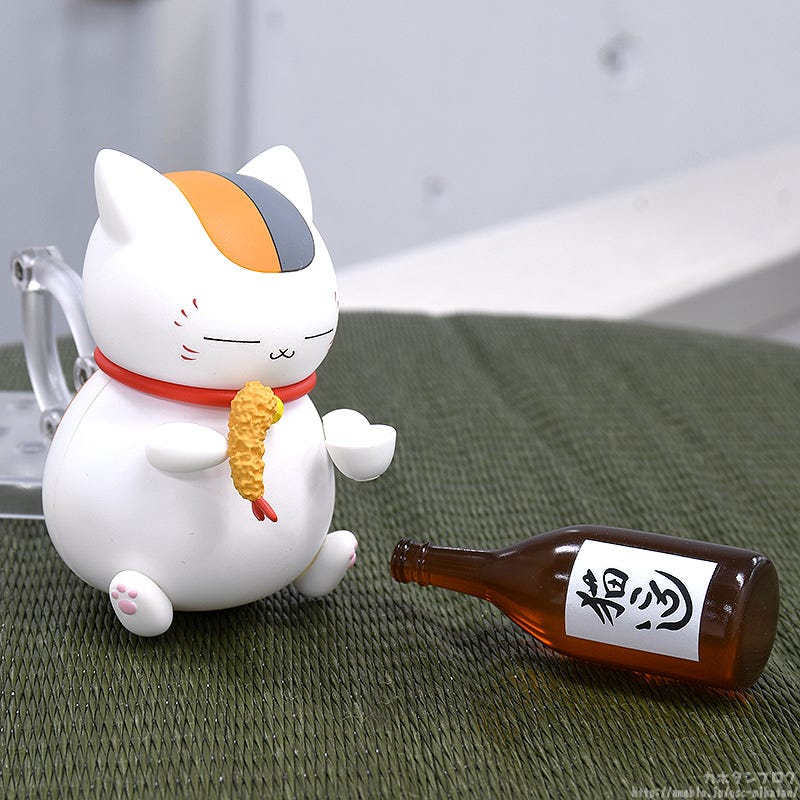 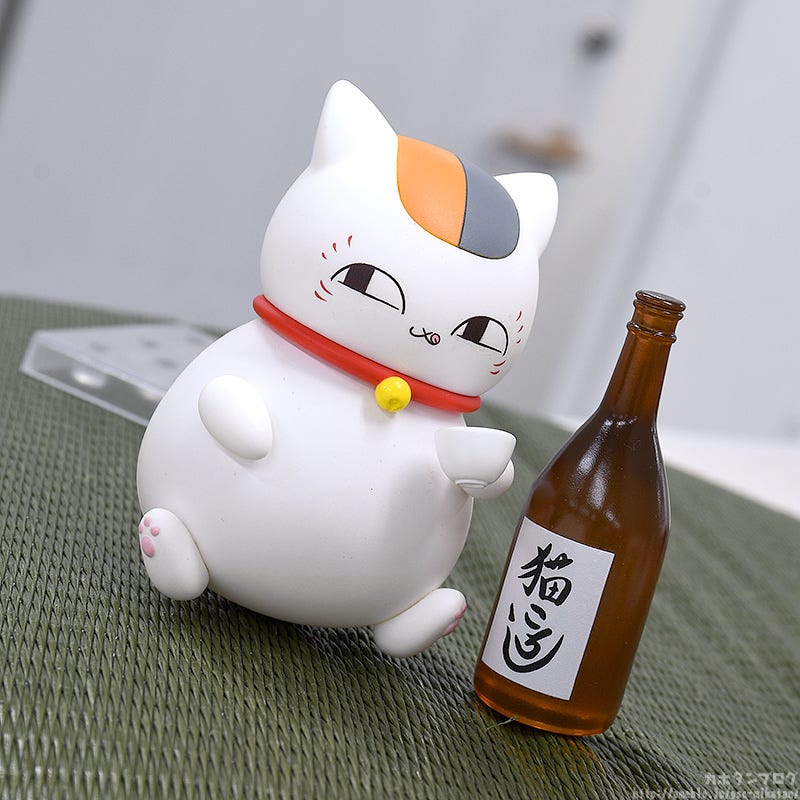 The Nendoroid comes with four face plates and plenty of different parts! 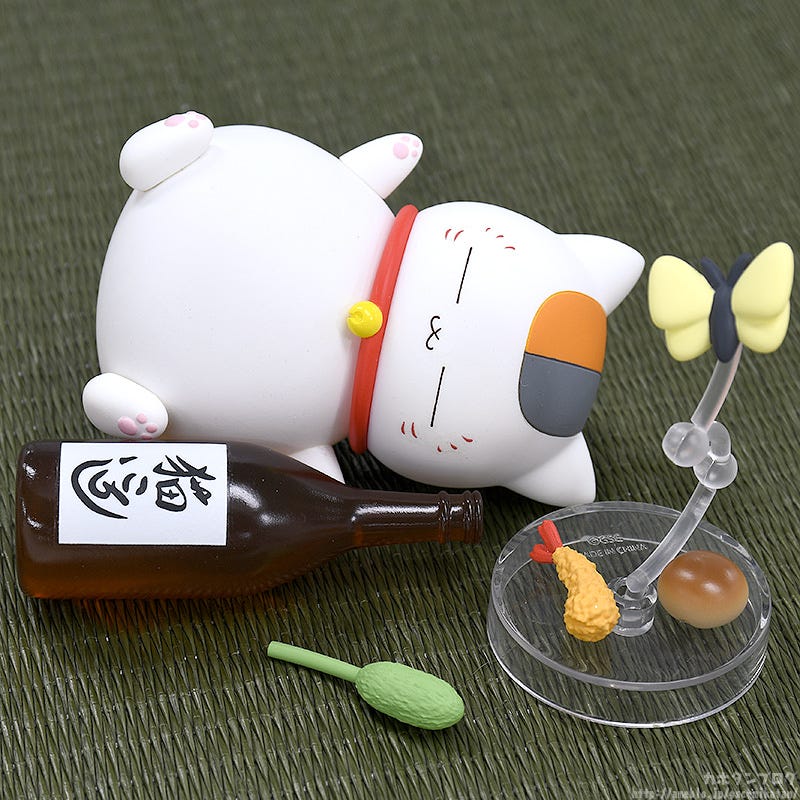 Enjoy creating all kinds of poses when you take him home! 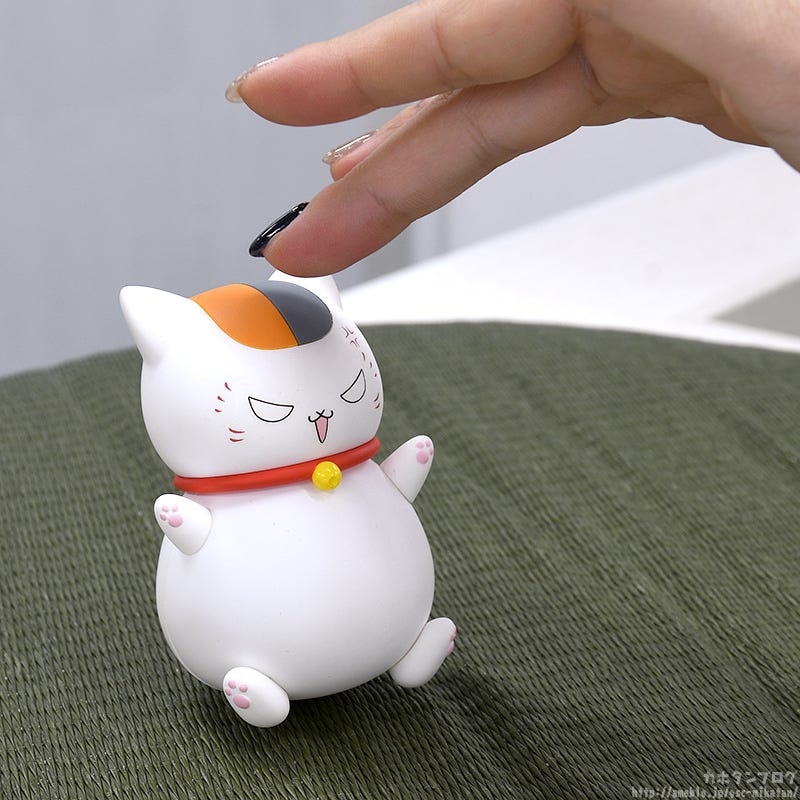 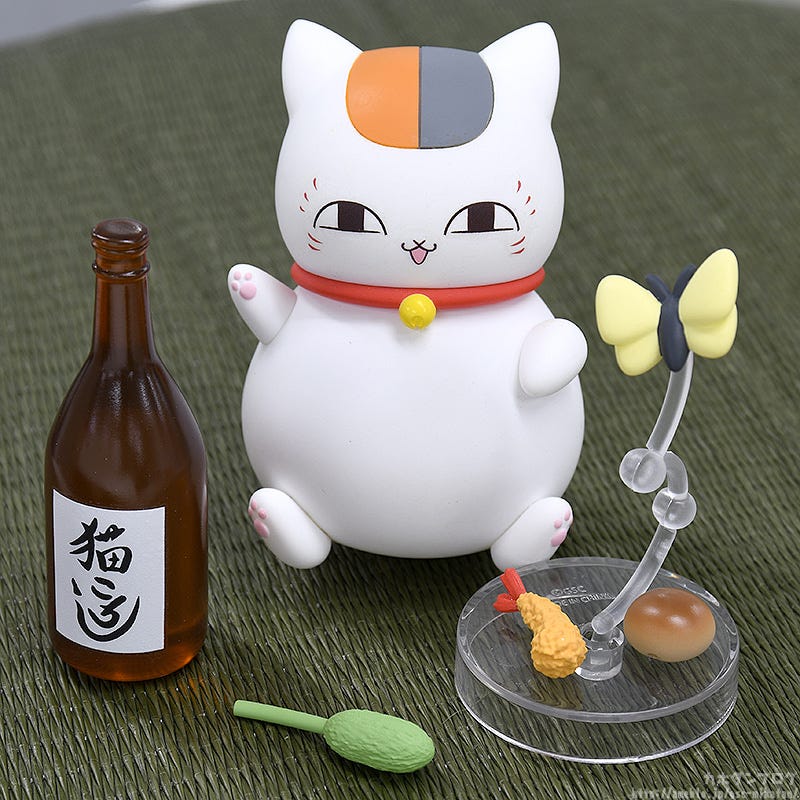