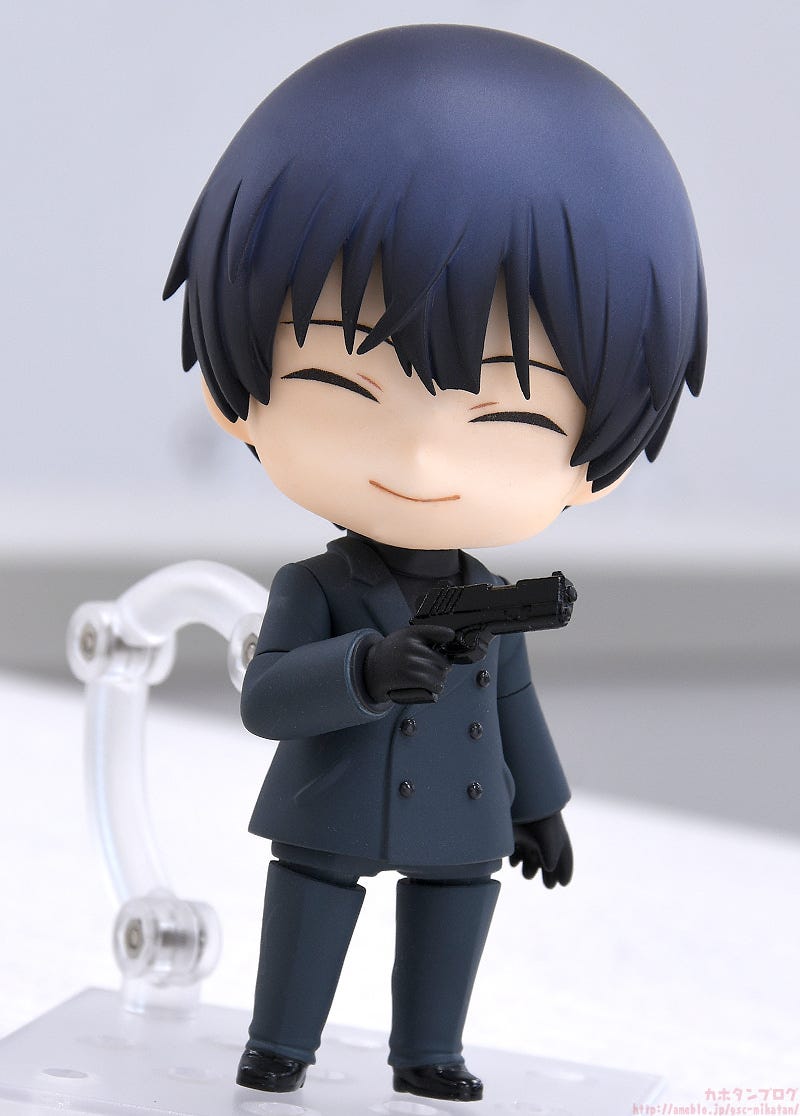 Hello everyone!! Kahotan here! Today I’ll be taking a look at…

“No matter what happens to you, I’m on your side.”

From the anime series “Love of Kill” comes a Nendoroid of Ryang-Ha Song! He comes with three face plates including a standard face, an angry face and a kind smiling face. Optional parts include a handgun and cell phone, allowing you to create scenes from the series in Nendoroid form! Be sure to add Nendoroid Ryang-Ha Song to your collection!

From the anime series “Love of Kill” comes a Nendoroid of the unknown assassin, Ryang-Ha Song! 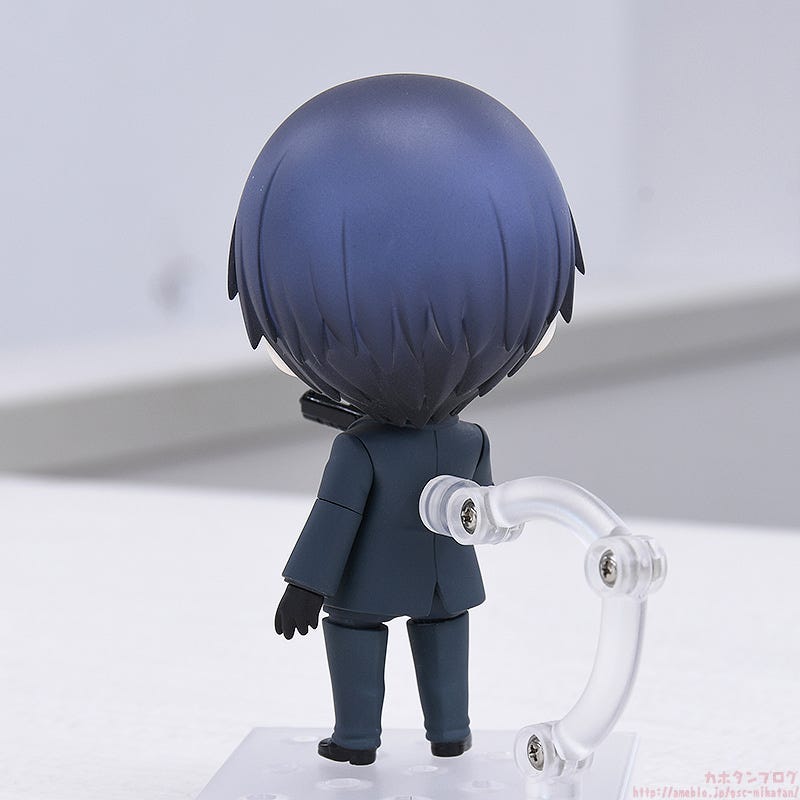 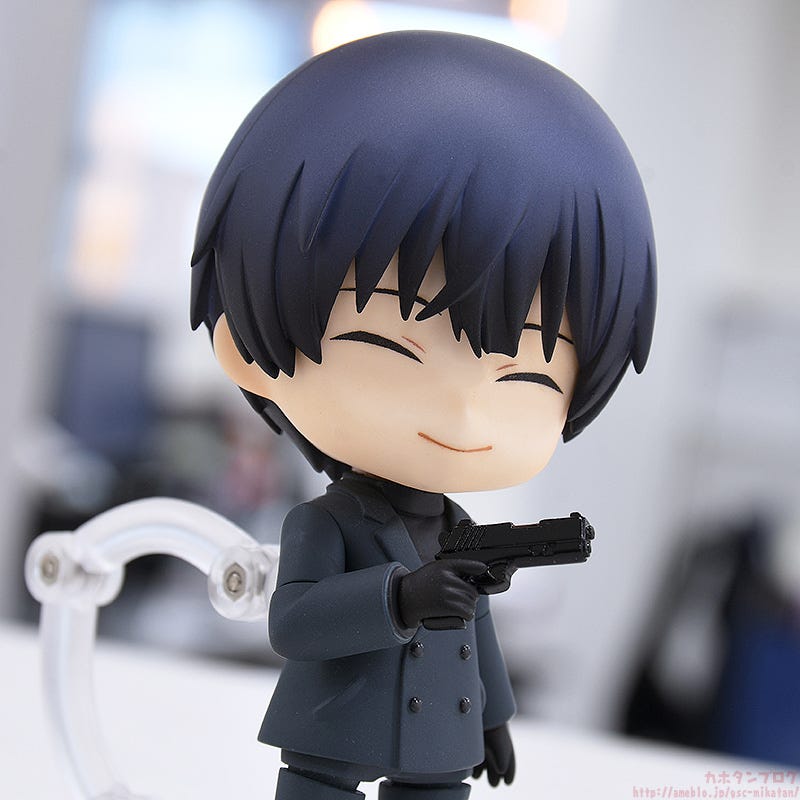 In addition to his standard face plate… 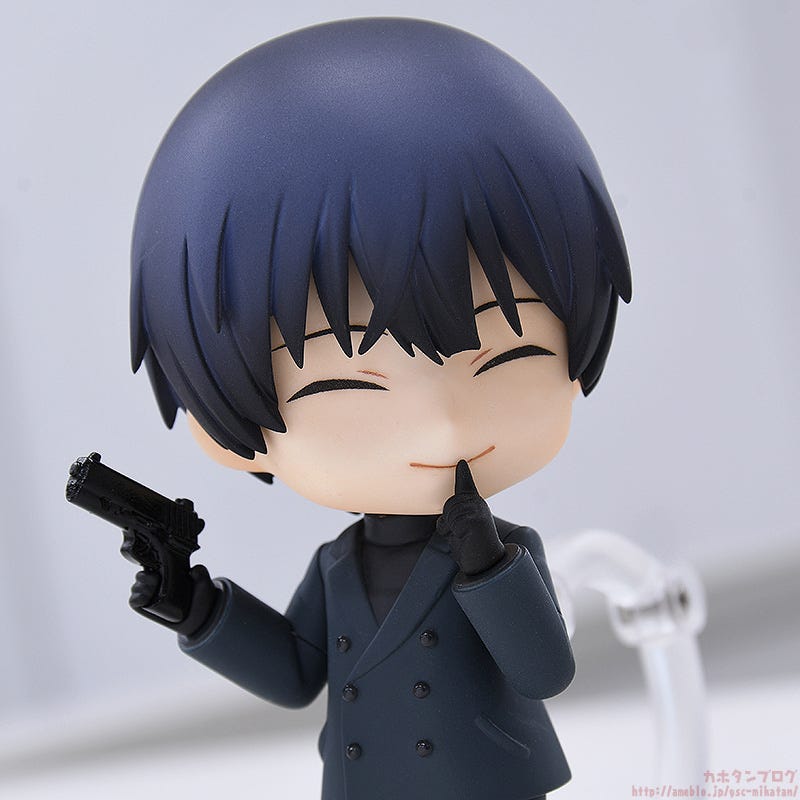 an angry face plate with his eyes slightly open is included, along with… 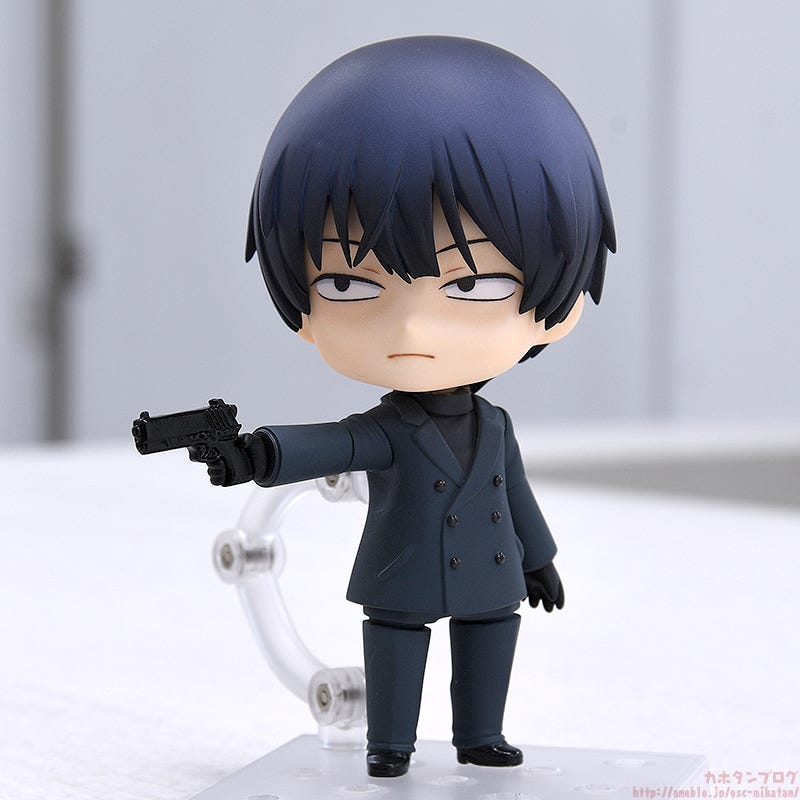 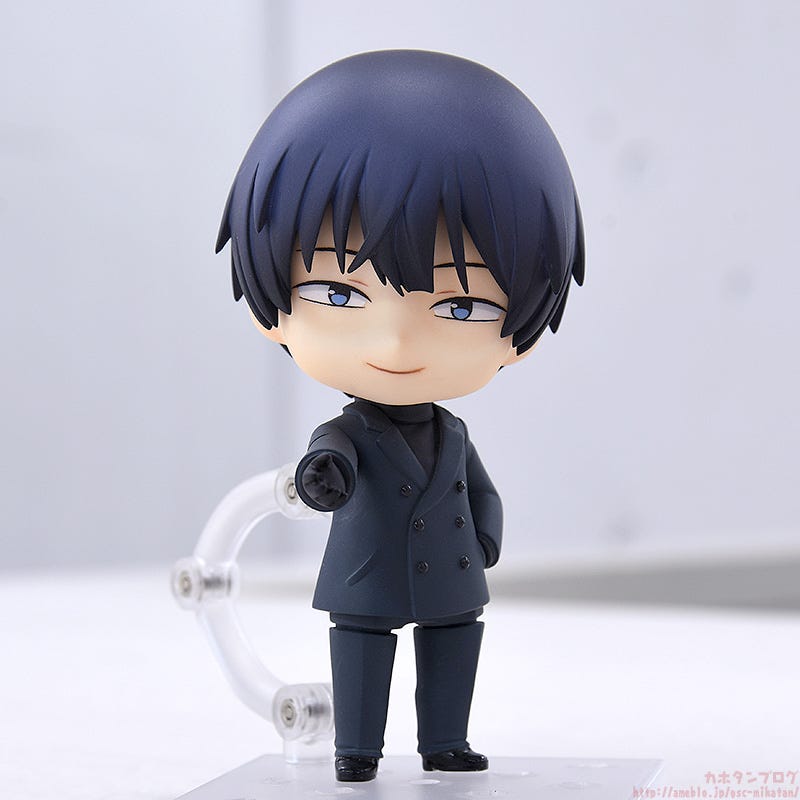 Is he reaching out to Cheateau…!?

Optional parts include a handgun and cell phone, perfect for recreating different scenes from the series! 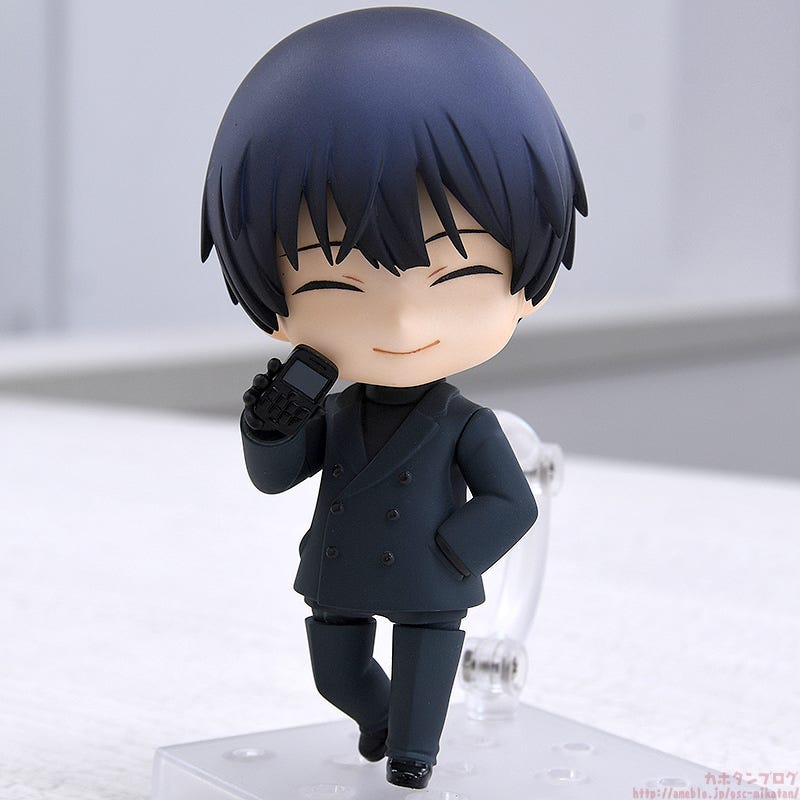 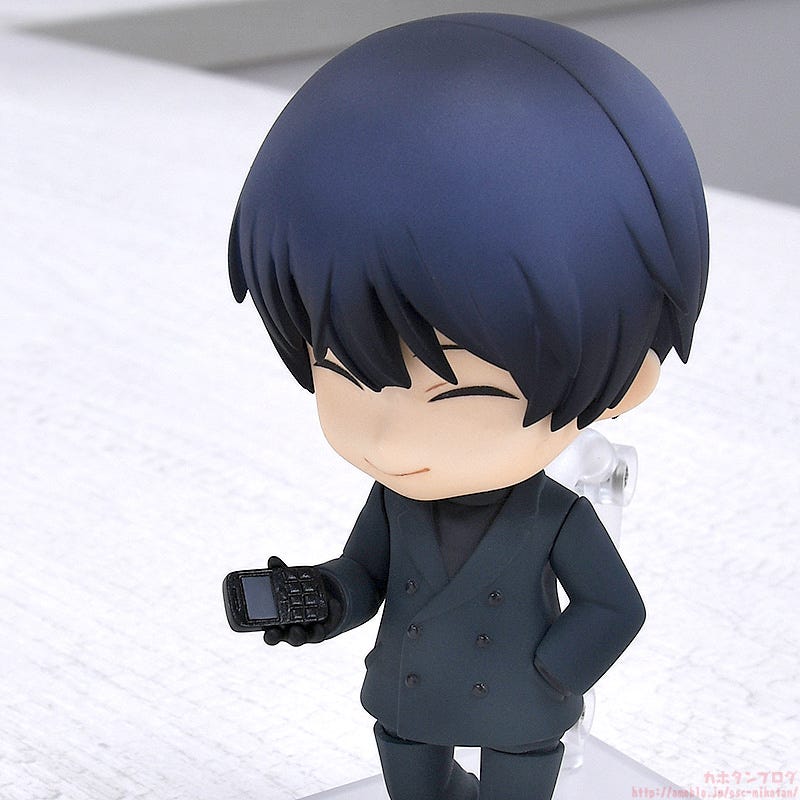 You can see that the screen and buttons are sculpted on the phone! 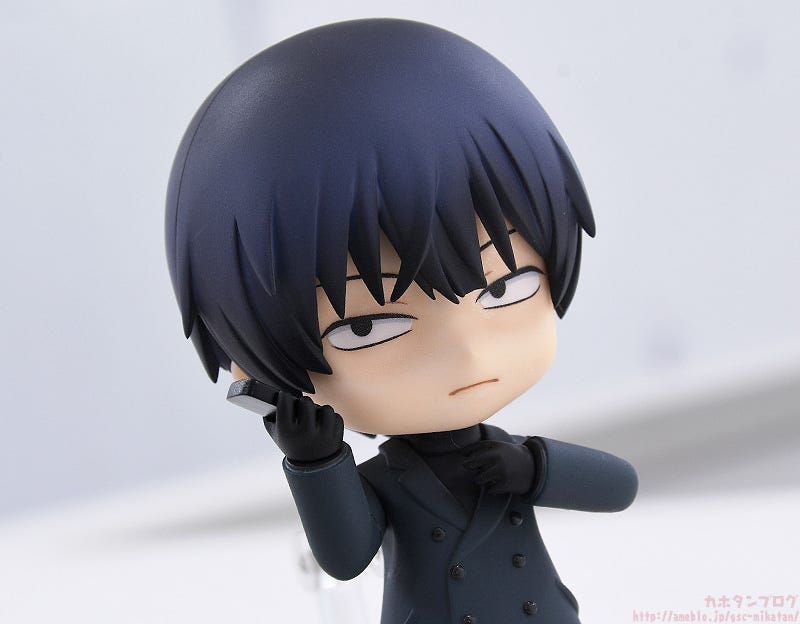 Bending arm parts are also included so you can pose him making a phone call as well! 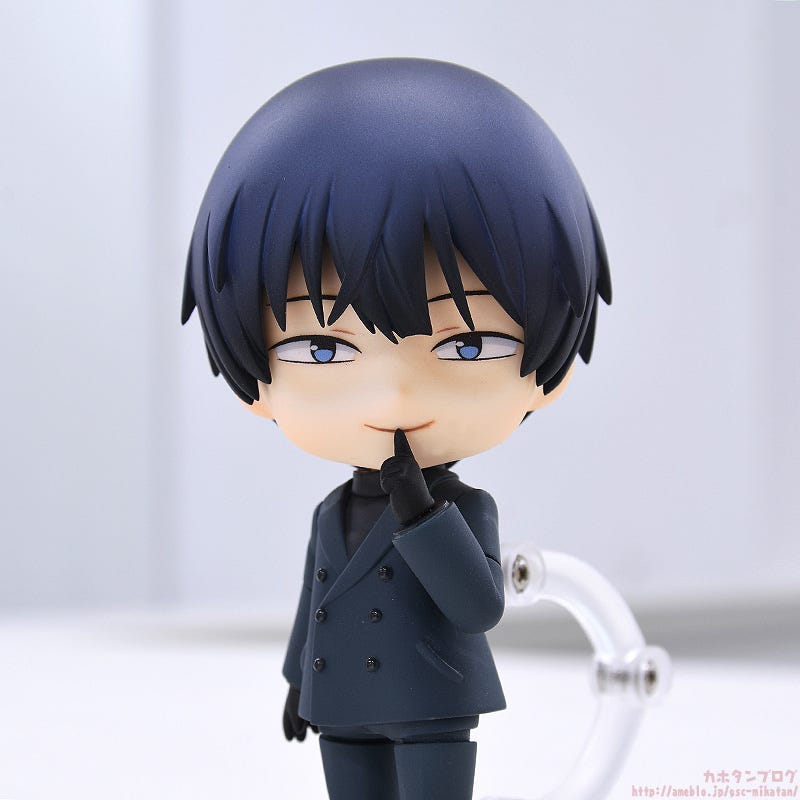 Available for preorder from the 13th of May!