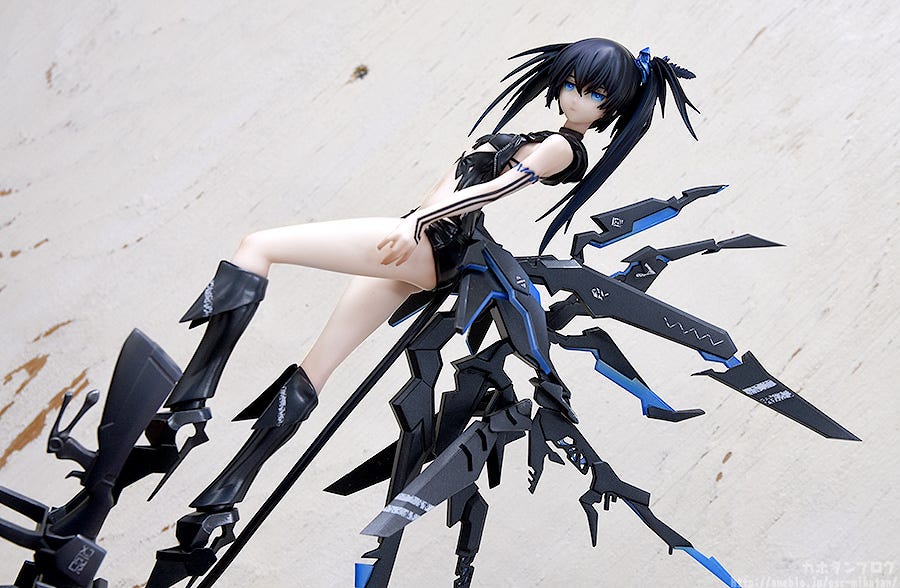 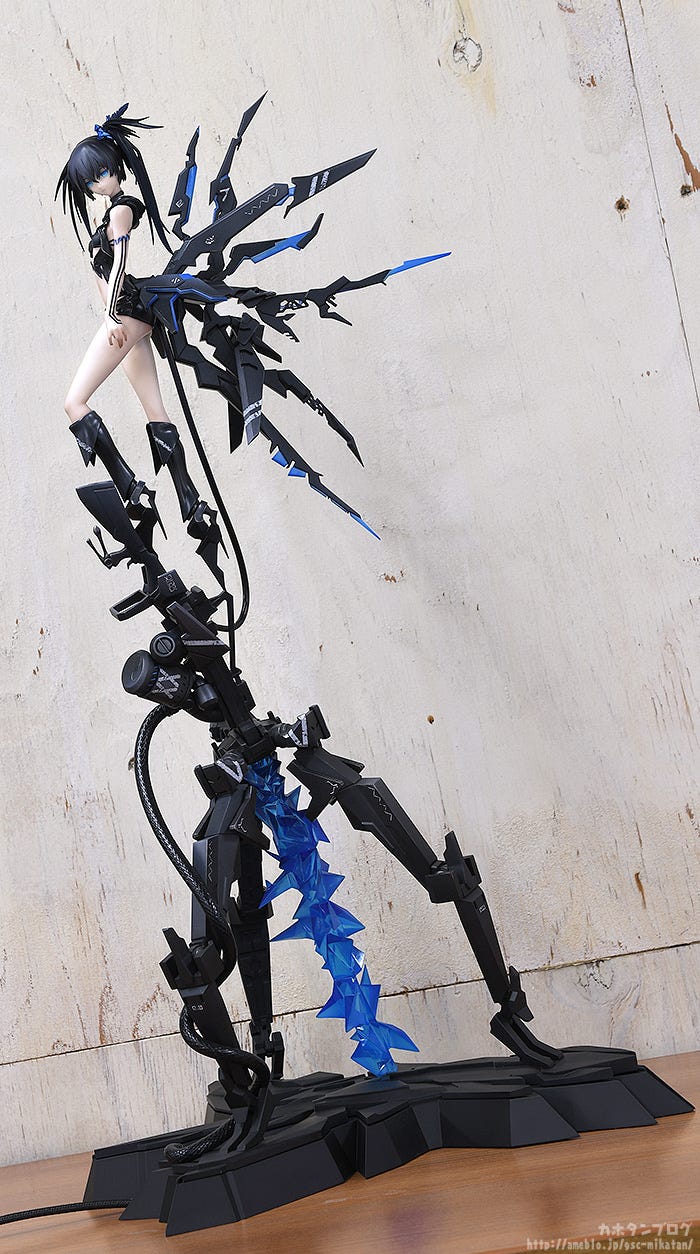 Presenting a brand new scale figure from “BLACK ROCK SHOOTER”. Based on the 10th Anniversary illustration “10th BRS inexhaustible”, the figure features Black Rock Shooter stood atop the Rock Cannon as it fires into the ground with a brilliant blue light. The base features a light source that acts as indirect lighting for the whole figure. The faint glow of the crystallized blue flames and her mechanical wings have been faithfully brought into figure form. 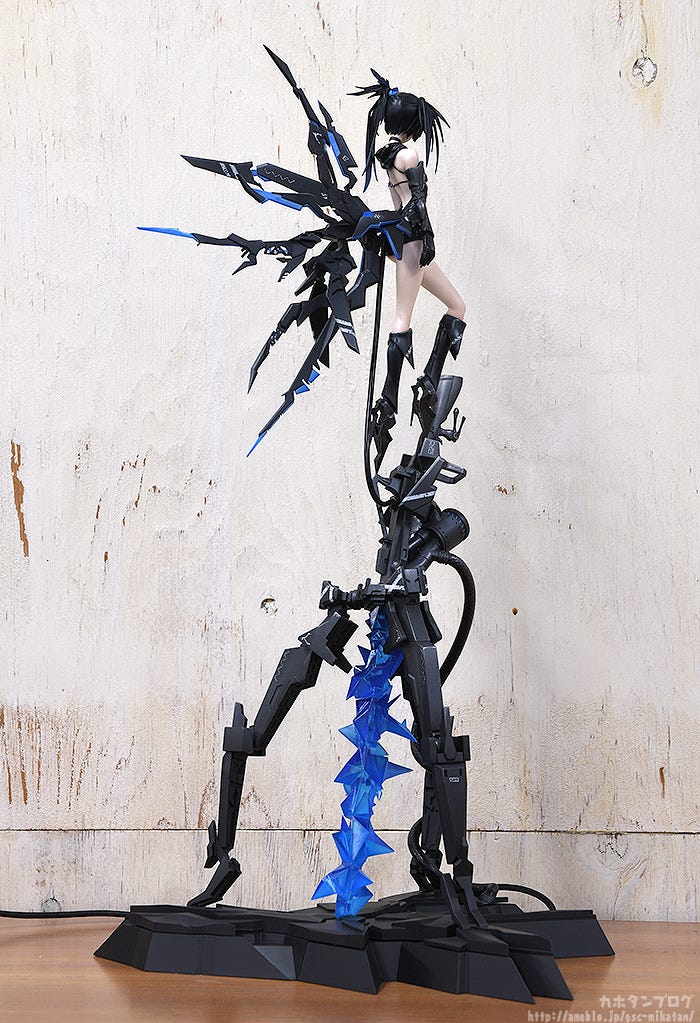 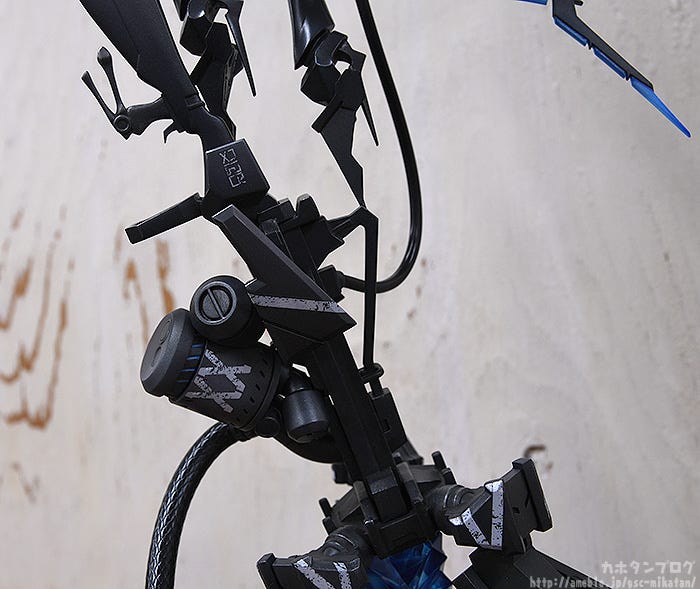 ▲The weathered paintwork is another great detail!

The unfolded portions of the firing Rock Cannon act as supports at the base of the figure. 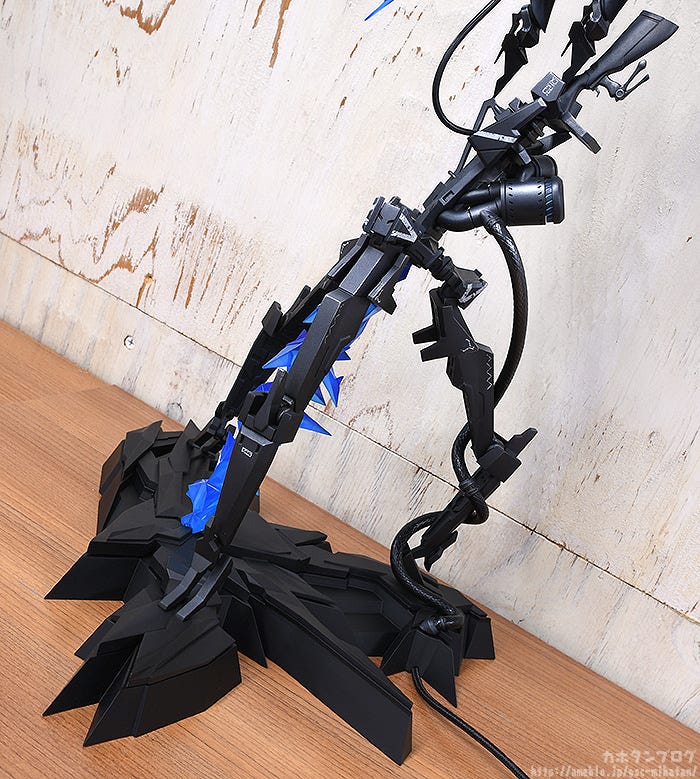 I love the contrast of the coiled cable and the sharp edges of the Rock Cannon itself!

And of course, Black Rock Shooter herself has been stunningly recreated! 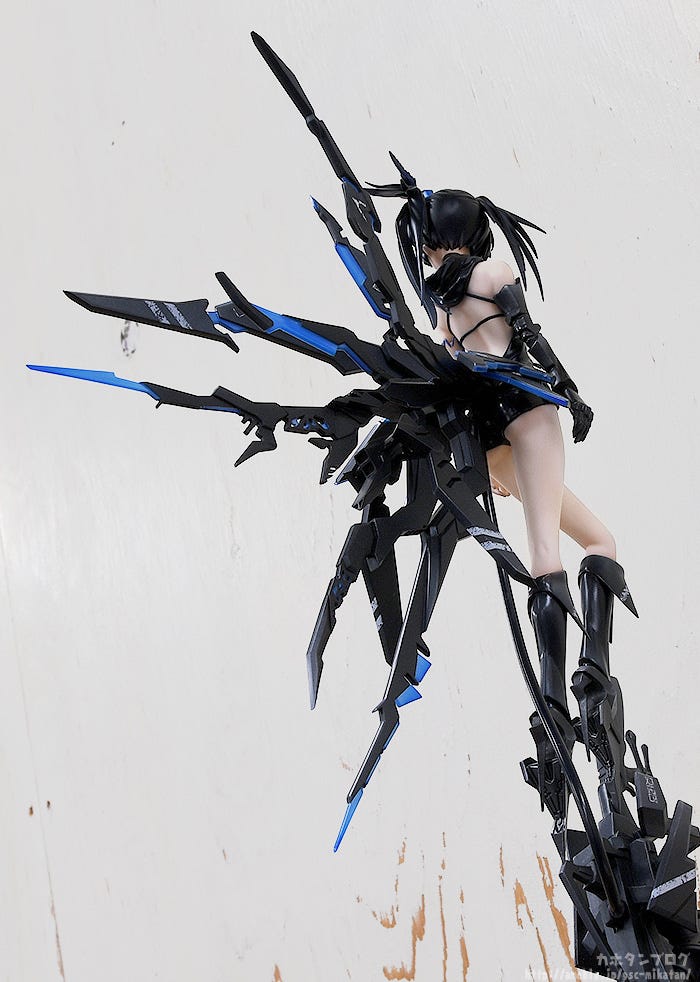 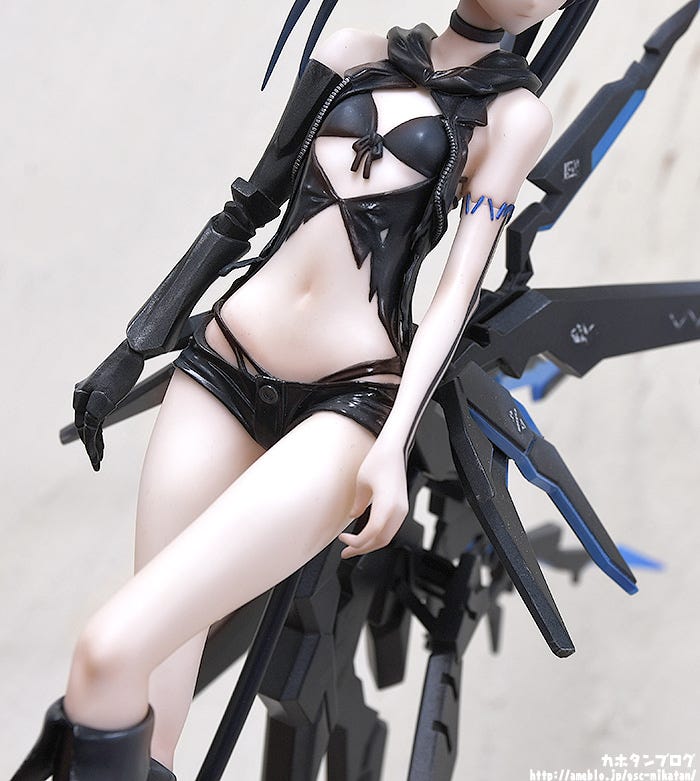 The contrast of the inorganic wings and her soft skin, the lifelike sculpting of her thighs and stomach and the various textures of her outfit and equipment are all highlights that deserve a close look.

Just take a look at her expression too! You can feel her determination.

Be sure to take a closer look when you take her home!

And also, as mentioned in our livestream, the figure also lights up!

(I turned down the lights a bit so you can see better!) 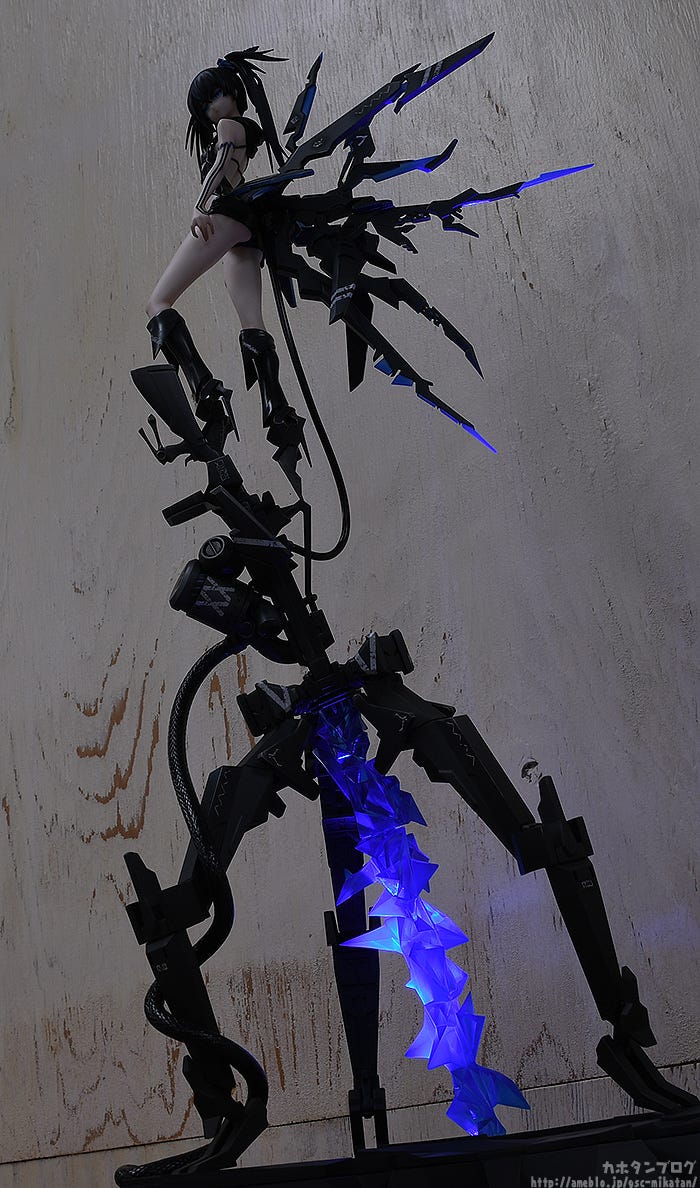 The light source is built into the base of the figure and reflects off of the various translucent parts!

This feature took a lot of trial and error for the production team to implement, but after countless careful adjustments of the location of the lights and various parts, the desired effect was ultimately achieved! 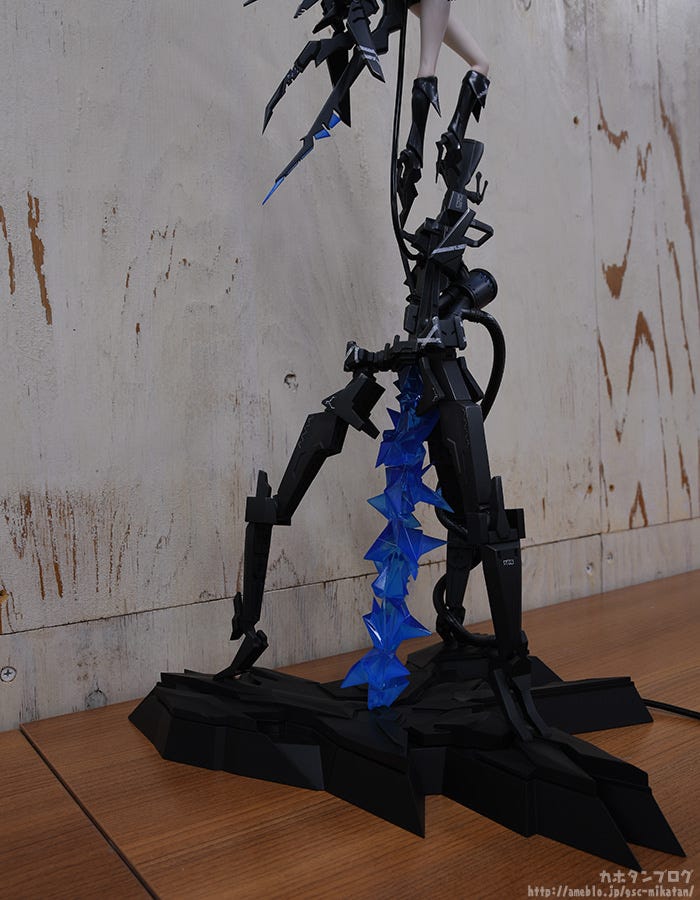 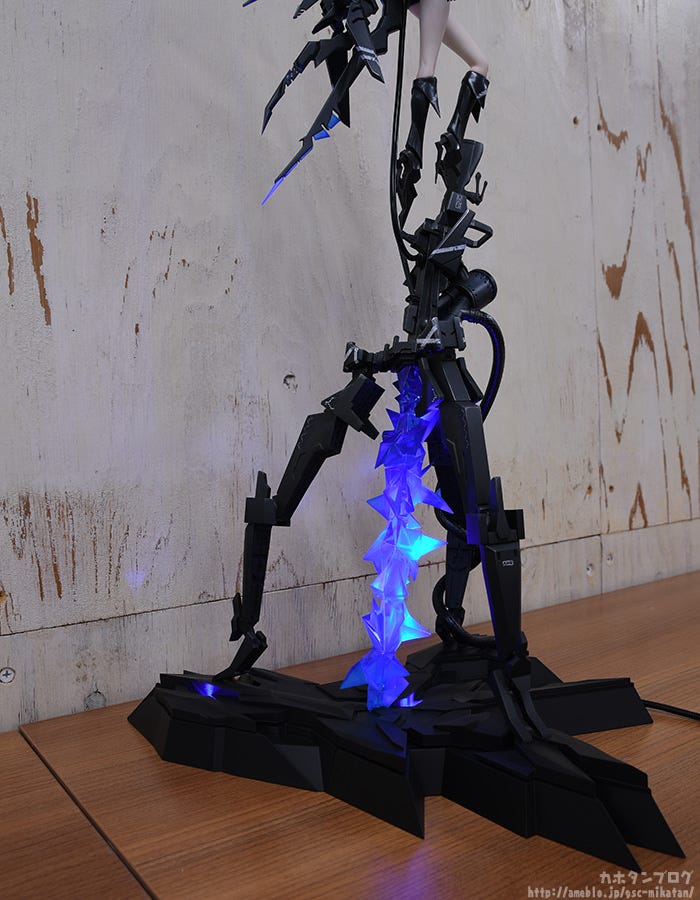 The lights are powered via a USB cable, and the cable can even be powered with some portable batteries! 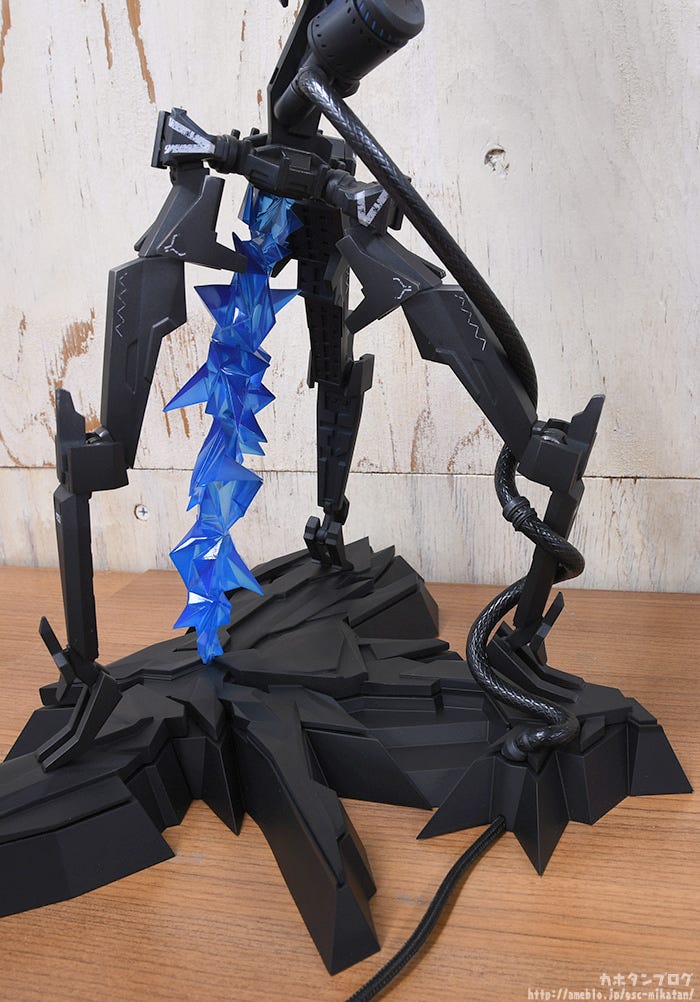 The cable also appears to connect to the figure’s cable itself, so it doesn’t break the theme of the figure! 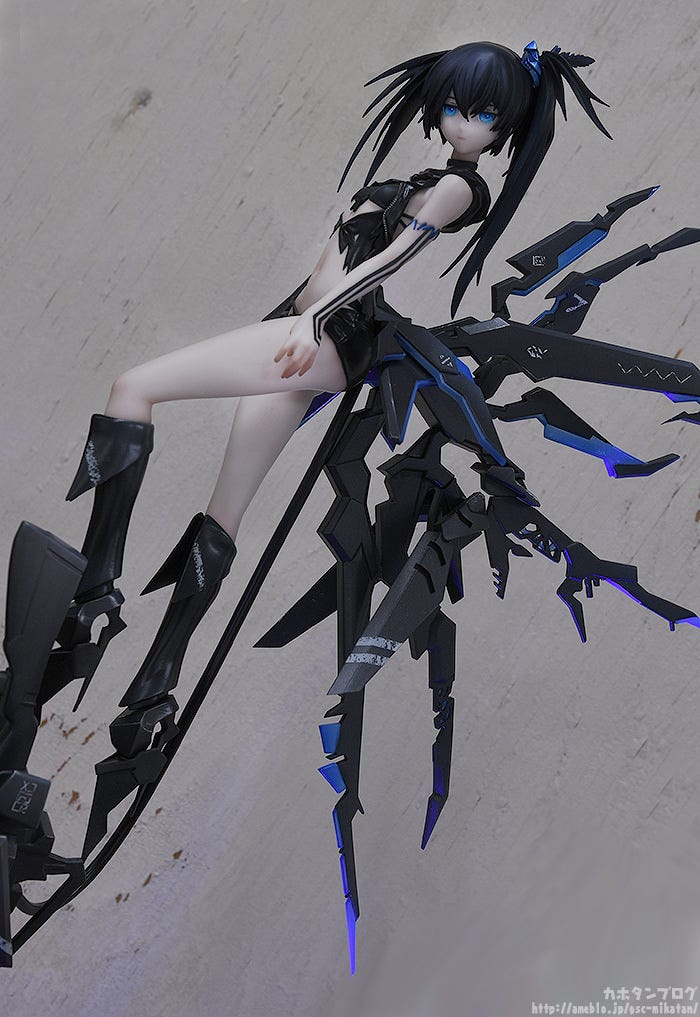 The lights are quite well hidden into the base, so if you didn’t already know the lights were in the base, you’d think that the parts themselves were glowing! 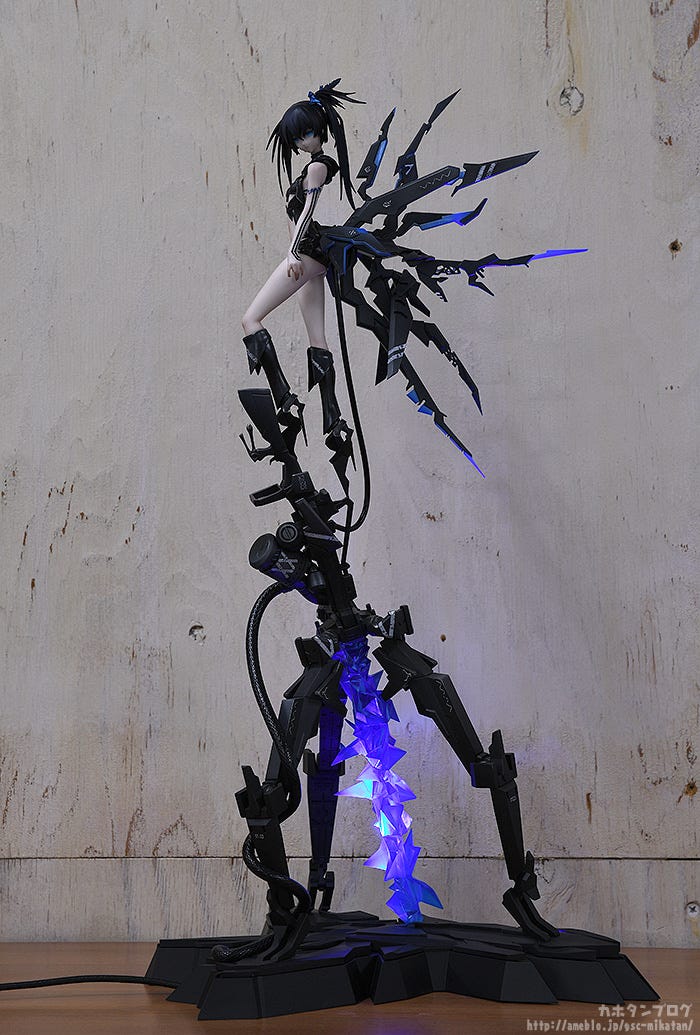 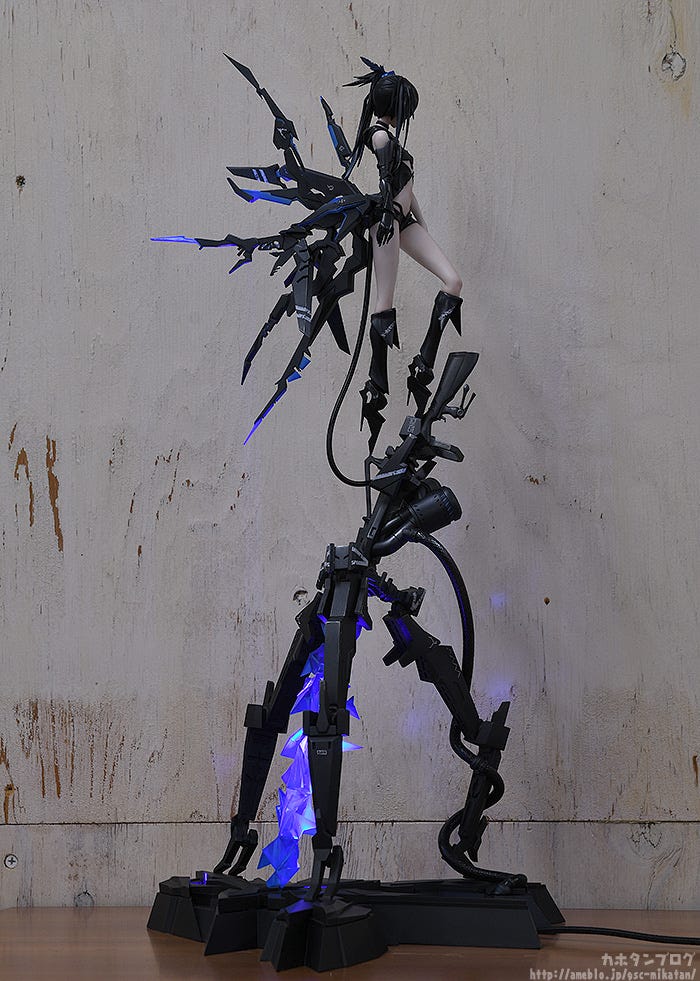 Looking at the whole system…

1. Light is located in the base. 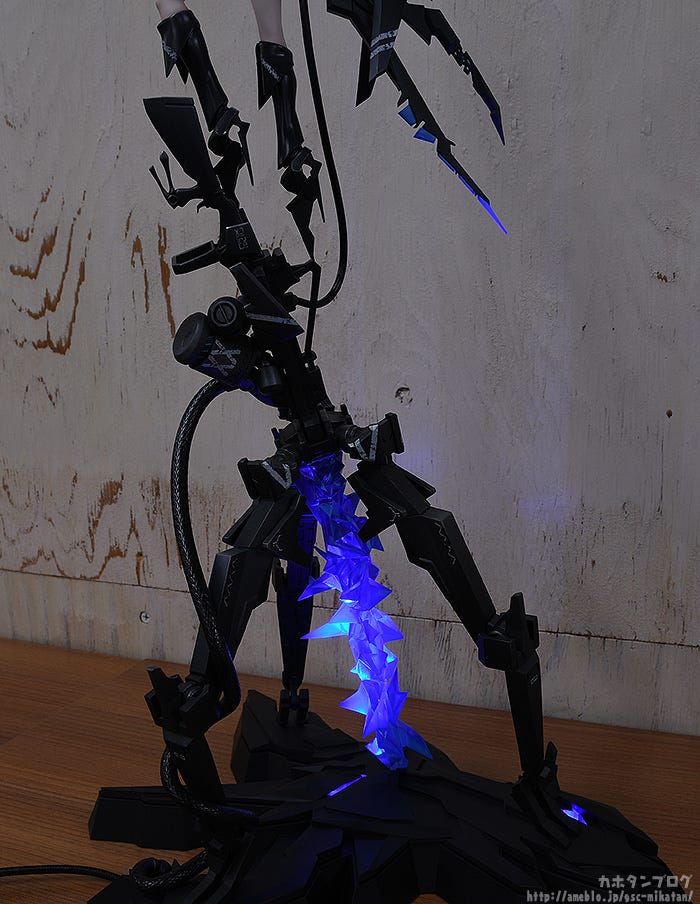 2. The crystallized blue flame emitting from the Rock Cannon catches and diffuses the light. 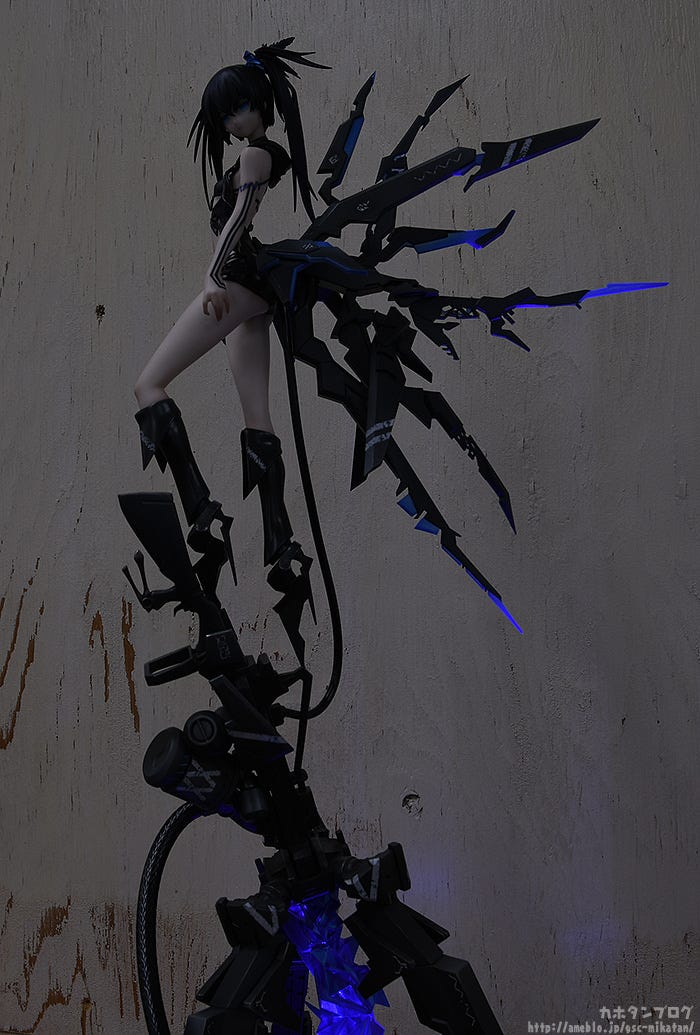 3. The diffused light catches on the blue parts of the mechanical wings. 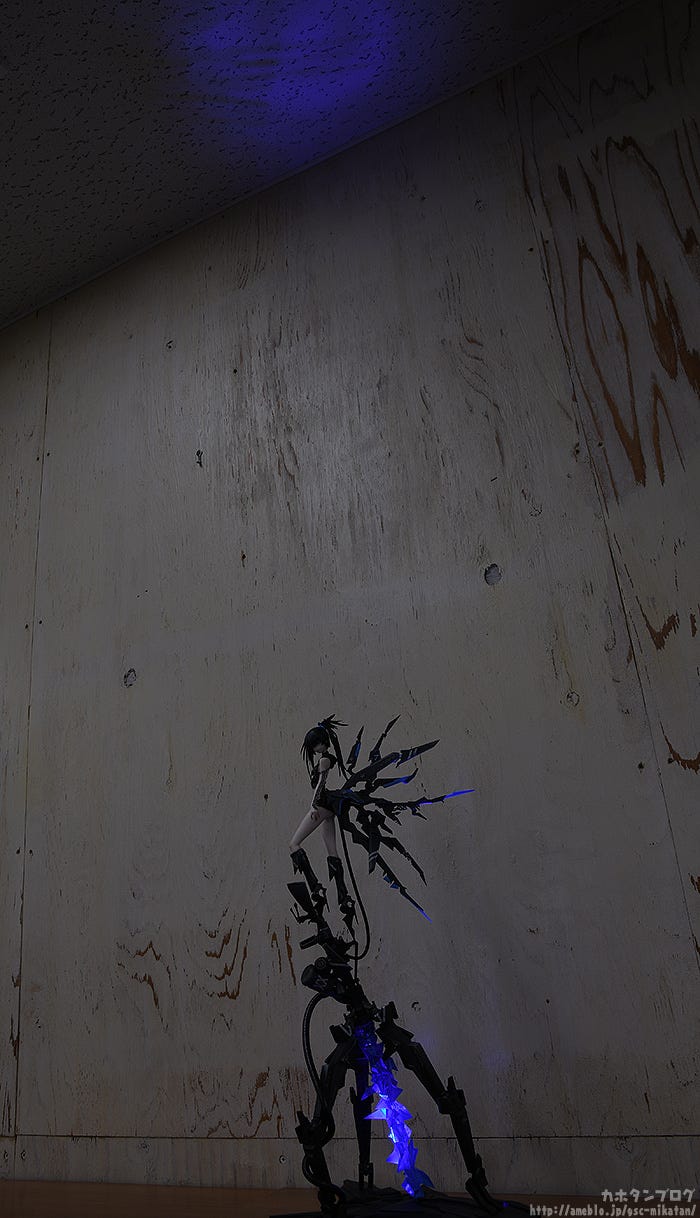 ▲The product is still in development, but you can see right now it even lights up the ceiling!

By the way, here she is lined up with a Nendoroid! 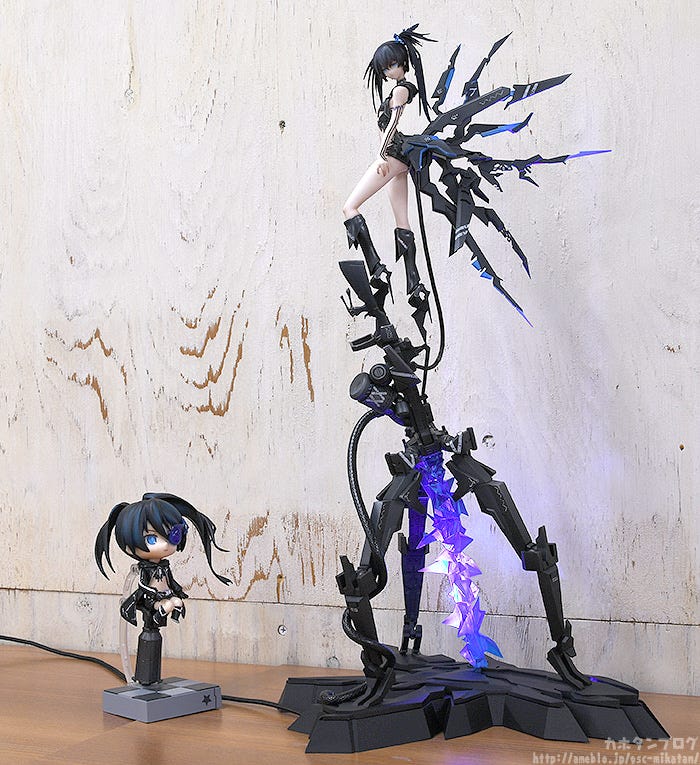 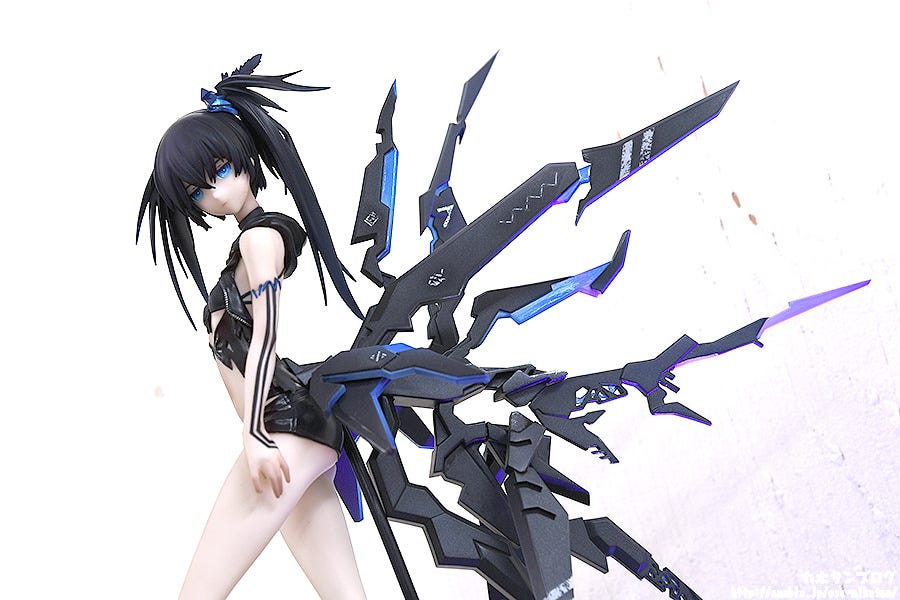 Available for preorder from the 18th of December!

Preorders for many products at the GOODSMILE ONLINE SHOP are closing soon! Here are the products closing the 24th December 2020 (Thu) at 12:00JST!

Asuna: Knights of the Blood…

Preorders for many products at the GOODSMILE ONLINE SHOP US are closing soon! Here are the products closing the 24th December 2020 (Thu) at 12:00JST!

Asuna: Knights of the Blood…