Nendoroid Jashin-chan (Dropkick on my Devil!) 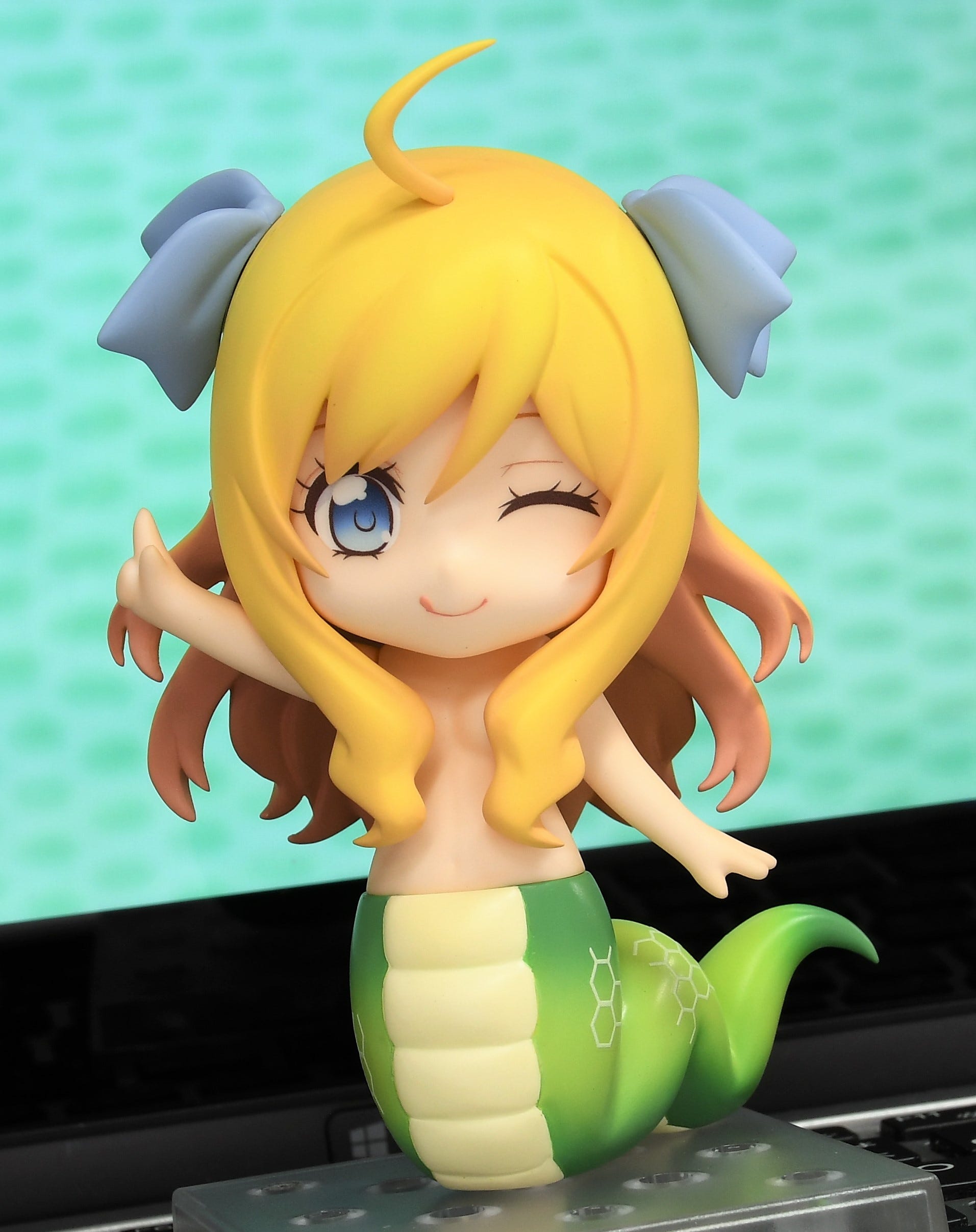 I put a cushion down to practice my Dropkick…

…but I totally missed the cushion and landed on my back. Ouch.

Today I’ll be taking a look at, From the anime “Dropkick on my Devil!” comes a Nendoroid of the vulgar-yet-cute demon from hell, Jashin-chan! She comes with three face plates, including an embarrassed laugh expression, a dumbfounded expression as well as a devil expression!

Optional parts include her rice bowl and coin purse, as well as an interchangeable lower half part and a blood spurt effect part, which you can use to make it look like her tail was cut off! Also included is a dropkick tail part, which she uses to perform her deadly dropkick techinique! Be sure to add the demon trying to find her way back to hell, Jashin-chan, to your collection!

From the anime “Dropkick on my Devil!” comes an adorable Nendoroid of the demon summoned from the depths of hell by Yurine, Jashin-chan!

First let’s take a look at her lower body.

Ah, can’t move the camera up anymore from here… ▲From the shape of the tail to the scales, you really get that snake tail feeling!

It’s been brought down to cute Nendoroid size perfectly! ▲The coin purse she takes with her when she goes out!

And then there’s her adorable fang.☆

Did you spend all your money on pachinko, Jashin-chan?

Anyways! Some of you have probably noticed, but these past few pictures have been missing the typical Nendoroid support arm. The secret is this! ▲A support peg that attaches to her on the base!

It makes her very easy to stand-up and pose!

For the next part we have her… ▲The first kanji character of her name: 邪 is written on it! How detailed!

※She can actually stand up on her own, but it is possible that she’ll fall down, so we recommend using the stand!

“Take this! My deadly
Jashin-chan Dropkick!!!” ▲Of course she can be posed executing her essential though not often used in the manga? Deadly Jashin-chan Dropkick technique! An extra-long support arm and tail part are included to pose her in the moment right before she follows through! But there’s one more hidden feature to her tail that will be displayed below…

The photo comment ended up way longer than I expected… just as long as Jashin-chan’s tail, which is likely the longest tail of all Nendoroids so far!

Of course you can also pose her doing her second technique, the namesake of which comes from a certain manufacturer… ▲Jashin-chan going for the punch! She has a little sweat running down her cheek though…

But, viewer discretion is advised!!!

The blood spurt effect part, which you can use to recreate the scenes from the series after Yurine defeats Jashin-chan! Her sliced tail and the blood spurt effect part would be sure to make Medusa cover her mouth in shock!

Anyways, this has been… She’ll be available for preorder from 23rd August 2018(Thu)!

By the way! As a bonus for ordering from the GOODSMILE ONLINE SHOP a pudding optional part is included as a bonus! It’s as though the pudding directly affects her brain…

You can set it right on her hand!

Preorders for many products at the GOODSMILE ONLINE SHOP are closing soon! Here are the products closing 23rd August 2018 (Thu) at 12:00JST! We displayed Jashin-chan at the Kanda Shrine Summer Festival!