Just 4 days till the end of the year!

Today will be the last update of the blog this year!

Earlier in Autumn this year I caught a nasty cold and had some of the other staff fill in the blog for me, but even so… the blog was updated nearly every weekday this year once again! A big thank you to everyone who reads the blog!

The last article for the year is of course…!

This year was GSC’s 10th Anniversary and we put a lot of work into approaching the overseas market as well! So today I’ve split up the rankings into ‘Japan’, ‘Overseas’ and a combined ranking of both!

First we’ll look at the ‘Japan’ and ‘Overseas’ rankings!

If you compare the two you can notice quite a few differences!

The ranking only includes products that have been released in 2011, so products still up for preorder don’t count!

It looks like BRS is popular overseas as well!! (*ﾟ∀ﾟ)=3

I’m pleasantly surprised to see figma BRS2035 at the third place position in the overseas ranking! There are also a couple that didn’t even feature on the Japan ranking, such as 8th place – Nendoroid Ikaros and 23rd place – figma Robocop! All-in-all though, I think we can say it was very much the year of Madoka Magica!


Right, now for the combined rankings!!

First we’ll look at 30th~11th place! We’re looking in reverse this time around!

Of the 20 products here, 15 of them are figma or Nendoroid products!!
They are unparalleled in popularity it seems! But I guess that just goes to show that the scale figures that made it into the ranking must have been impressive to beat some of the Nendoroids and figmas in sales.

Anyway, let’s move onto the top 3!

We received so much lovely feedback about this one as well! The lovely Nendoroid Madoka takes third place this year!! When I first uploaded a picture on twitter of this Nendo, I remember refreshing the page to see the view count jump up each time – it was incredible! It was a great product, and the included QB was just too cute!

Miku ends 2011 as the best selling product of the year!!

Not to mention that this Cheerful Ver. of Miku was sold to raise funds to help those affected by the earthquake and tsunami. Thank you so much to everyone who purchased her. I hope those in the affected areas are on their way to a full recovery!

Last but not least, let’s get Aki’s opinion on the 2011 Ranking! 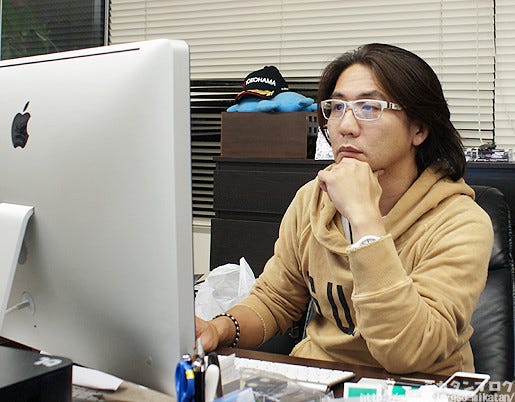 That brings the 2011 product ranking to an end!
I was happy to bring you all loads of figures once again this year! I hope you all enjoyed reading the blog, and I hope to see you all again next year as well!

It’s all over! This year brought a lot of bumps along the way, but we managed to get over all of them! But that’s mostly thanks to everyone’s continued support! Thank you very much to everyone who supported us this year in any way whatsoever!!

Thank you all so much!!


But that’s all for today!
Everyone be careful not to catch a cold, and enjoy the last few days of the year!

The next blog update will be on the 6th January (Friday)! (`･ω･´)ゞ
(GSC starts work again from the 5th :P)


I hope to see you all again in the new year!!