So today I’ll continue asking asking the staff,
“What memory sticks in your mind the most?” 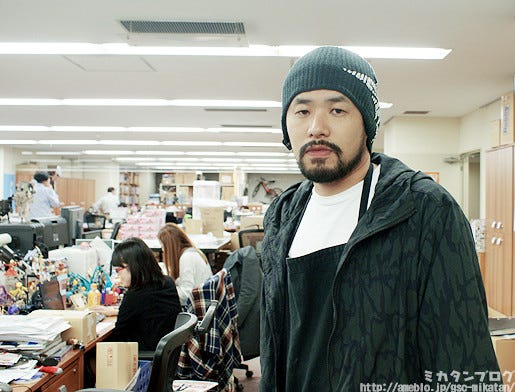 GSC releases loads of figures every month, and Nobu-san here calculates the schedule for all that, as well as directing the sculptors that are not part of GSC. We’d also never have had Nendoroids if it wasn’t for him – and now that we’ve seen over 200 of them, I really think we can say with pride that they have grown into a much loved series! 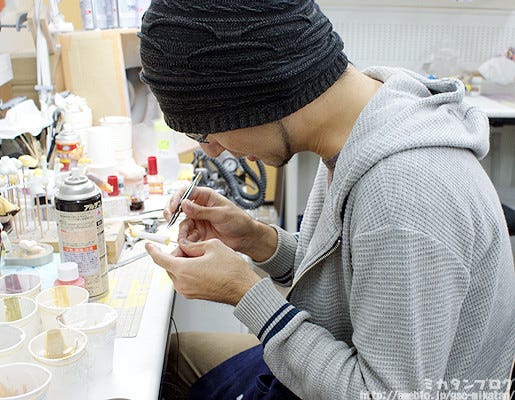 Yeah… the good and bad things are kind of all mixed together! :P The BRS project really was a company-wide project….

Back then I even did an interview with huke-san at a cafe in Akihabara. That was the very first time I met him…. 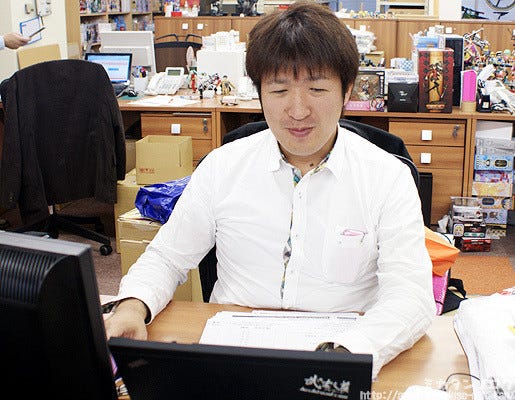 5 years ago before we had Nico Douga, GSC used to have a half-yearly program! Suzuki-san and I used to be the reporters for the show, running about all over the place – sorry Suzuki-san! You really don’t want to see that old footage… for more reasons than one. ^^; 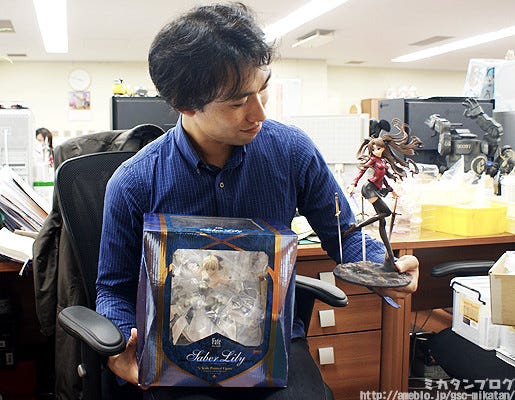 Another person who has a memory regarding BRS! BRS was the first Nendoroid to use the Nendoroid stand we use today!

I know the production team gos to China a lot – take care of yourselves while there!! I have to say that when I went to China I had no problems – the food was delicious! :P 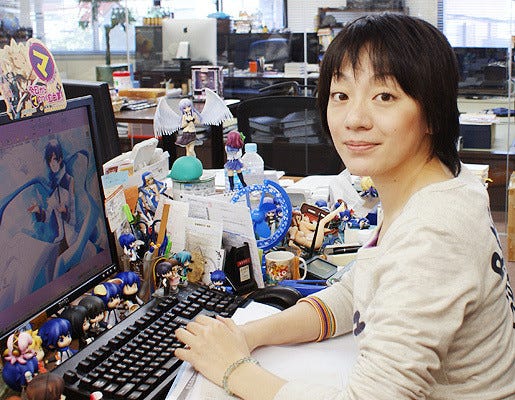 That brings back memories! I remember a whole team of girls working night after night in the old office’s meeting room – cutting and pasting things all night long! (Of course, Akiyama-san who had asked them to work on it had also left all sorts of tasty goodies to keep them all going as well :P) I also remember the dubbing at the studio!! It was a great experience as well… although I also can’t stand hearing my own voice… xD 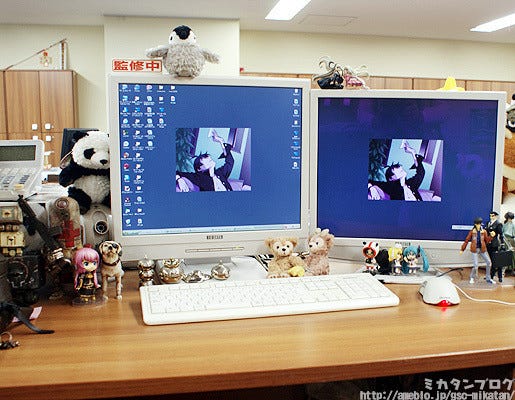 Thanks for all the memories everyone!!
That brings the 2nd memory corner to an end!
We’ll see about a part three next time I can’t get any figures to take a look at!

That’s all for this week!
I hope to see you all again on Monday – have a great weekend!! (・∀・)ノ゛