A Look at How Millhiore F. Biscotti was Made Using 3DCG Sculpting!

Available for preorder from today! 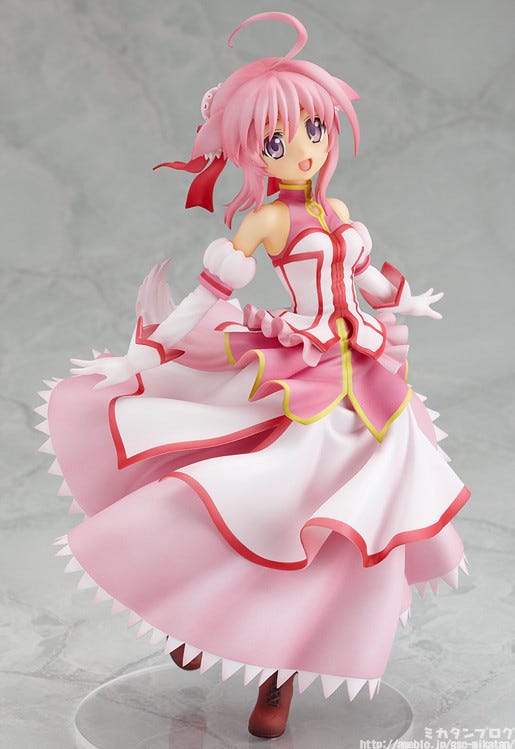 As I mentioned in the last post, today we’ll be looking at how the 3DCG data for the figure was made!

We’ll be taking a look from the very start of things! I’ll also be going into a bit of detail, so I think it’ll make for quite an interesting read!

Of course the one who told me all about it was Oda-P, who was in charge of Millhi’s sculpting!

Alright, let’s get into it!! 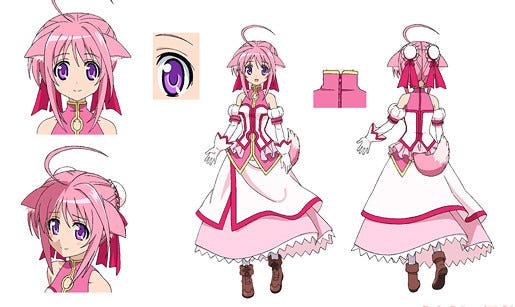 Ooh! As expected of Princess Millhi! That face at the bottom left is adorable!
So… we’ll use this illustration to make some 3DCG data? 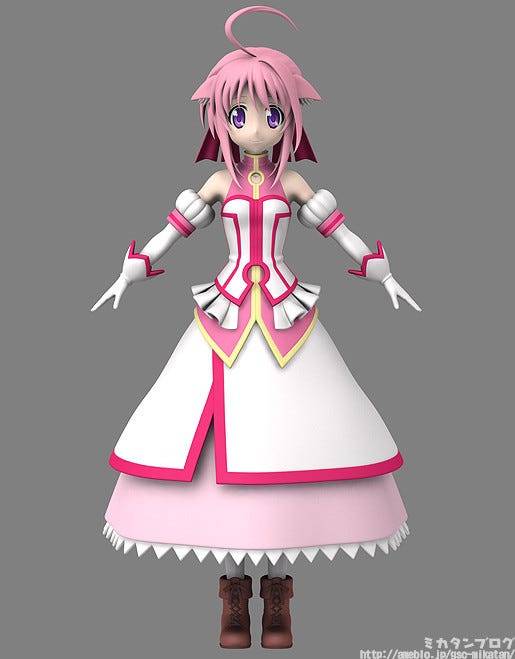 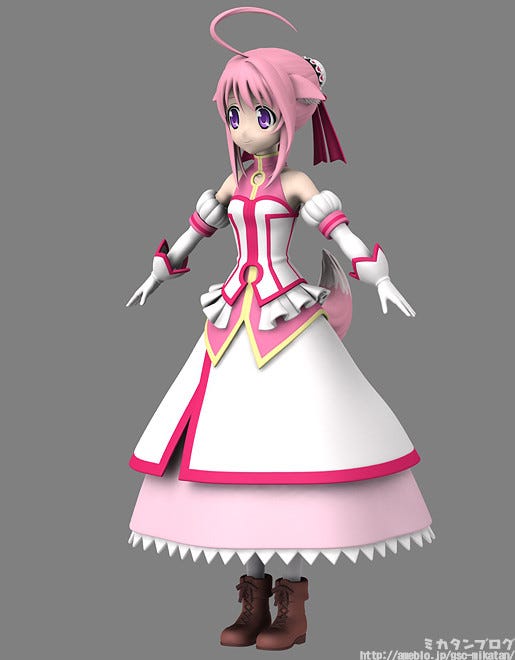 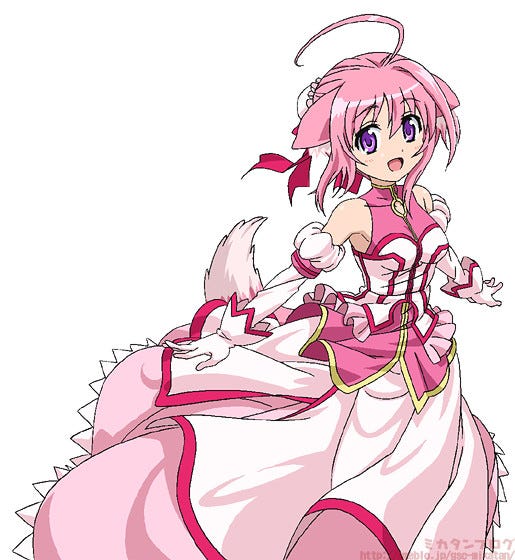 Yes! A wonderful pose that really brings out the cute side of the Princess!! 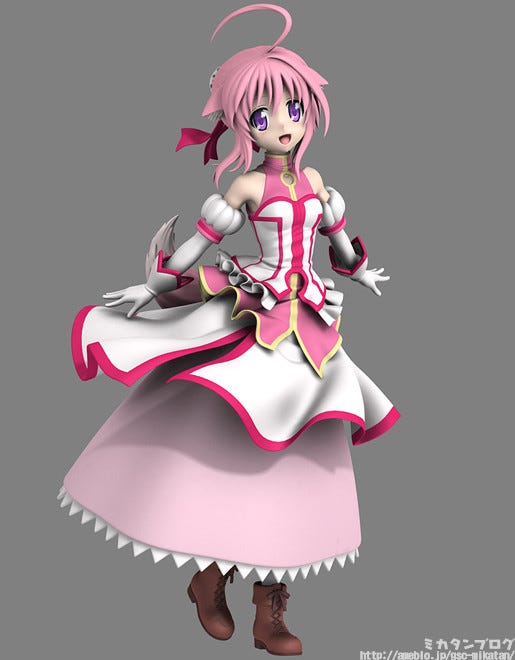 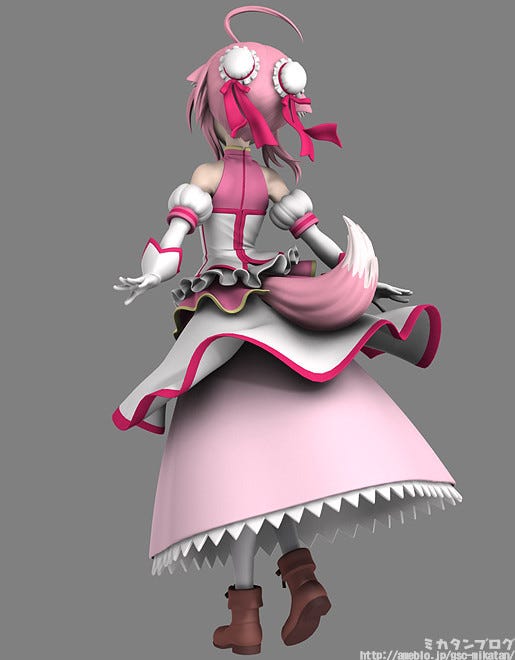 Ah! She moved into her pose!

Although she still seems a little stiff…? 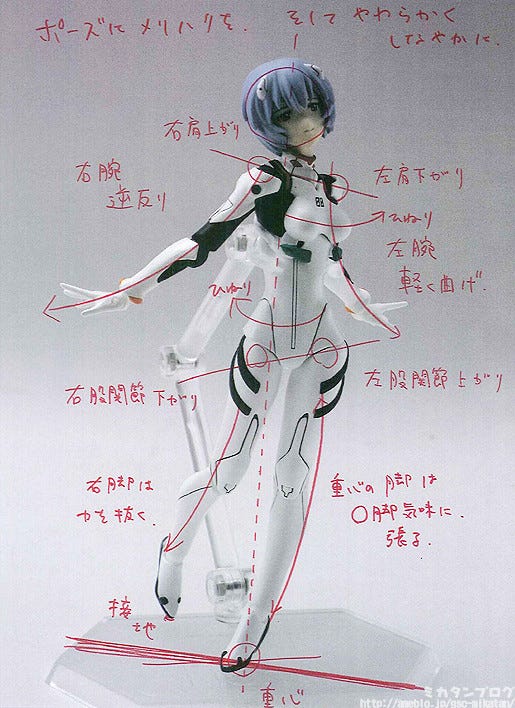 Checking poses using a figma!! ((((ﾟДﾟ)))
I-I must admit, it does make it much easier to see the problems now!! (By the way, yhis Ayanami-san is Oda-P’s own personal figure.) 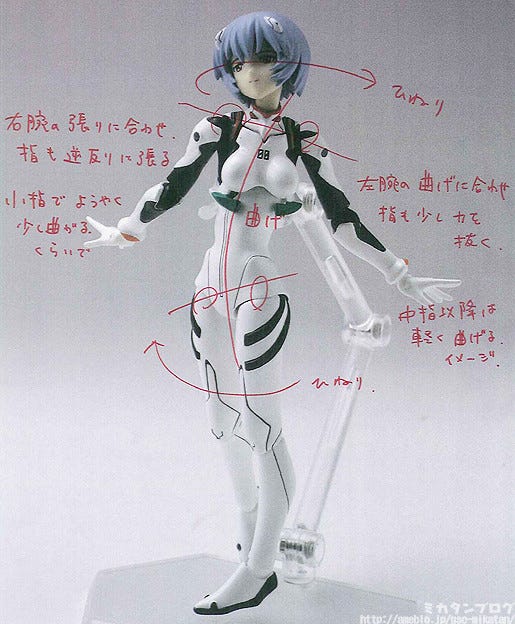 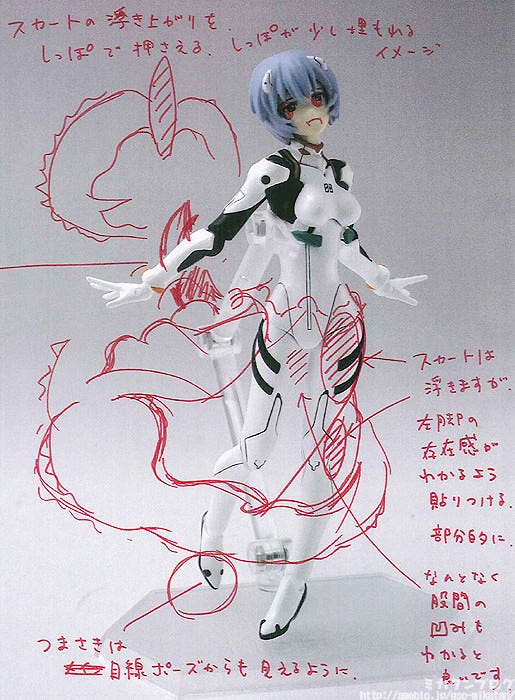 W-Wow…!!
It certainly shows that you need some feeling as to how the human body moves when doing this direction! 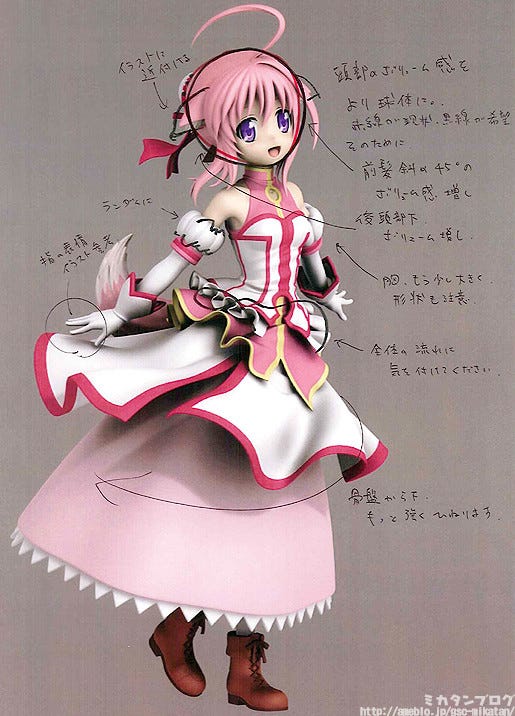 So even areas like the inside of her skirt are all carefully directed to match up how they should – there really is no room to miss anything while doing this! 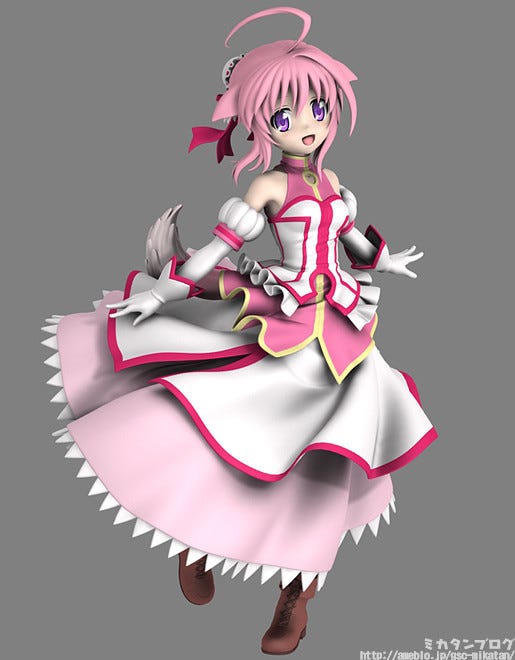 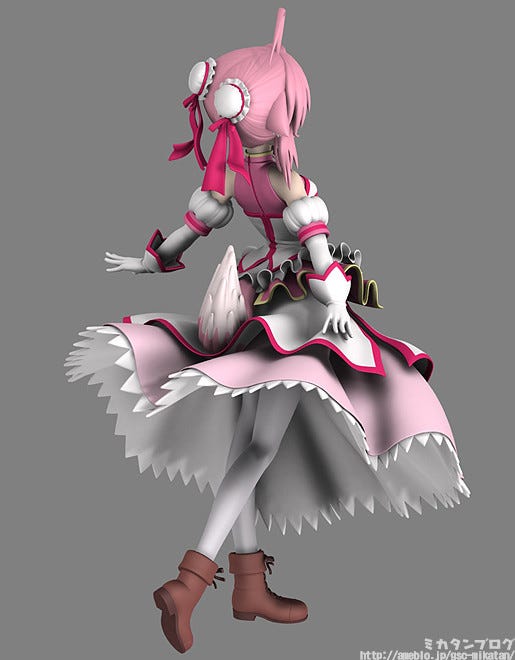 The skirt is definitely a noticeable change – it’s much bigger now and looks a lot closer to the final figure I showed on the blog on Wednesday! You can also see the changes in the way the hips are turning now! 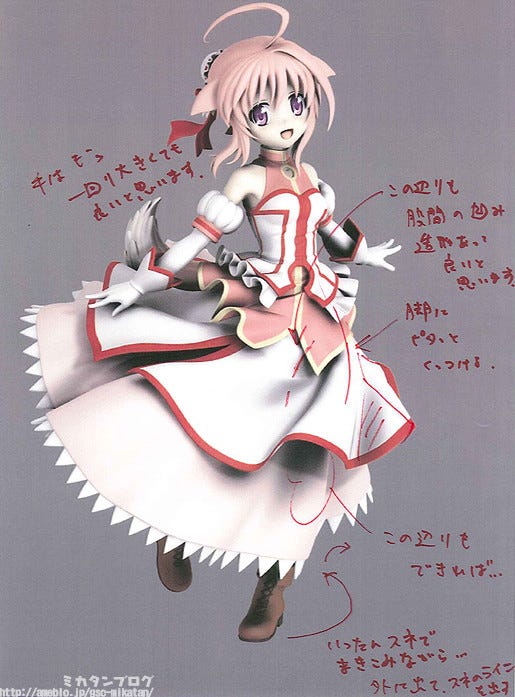 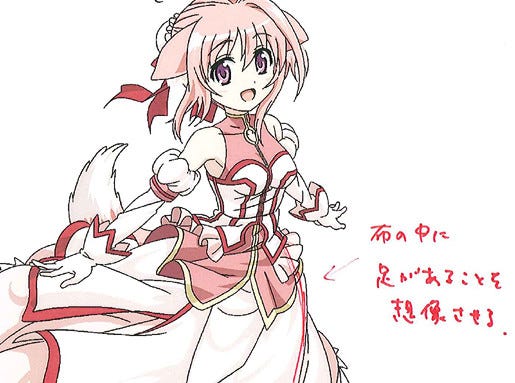 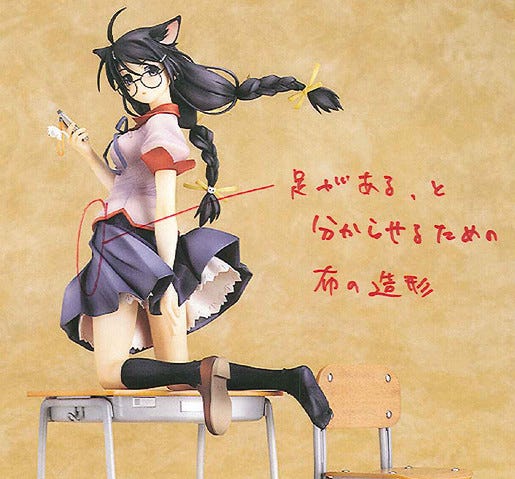 We’re really moving into the finer details now! This is where the smallest of changes can really turn a good figure into a great one! 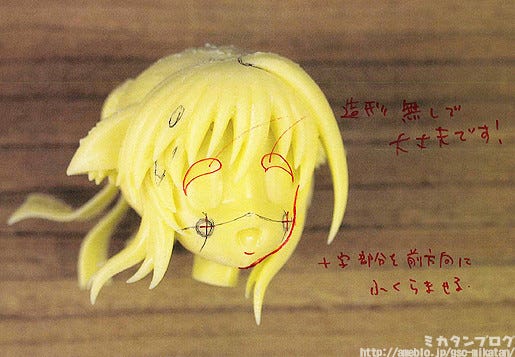 It goes without saying that we all want a perfect figure, but of course the face is always the first thing you notice on a figure!!

The photo makes the face look quite big, but the changes that are done really are incredibly tiny – this goes for the prototype of course, but also for every single one of the figures made in mass production to get to you! 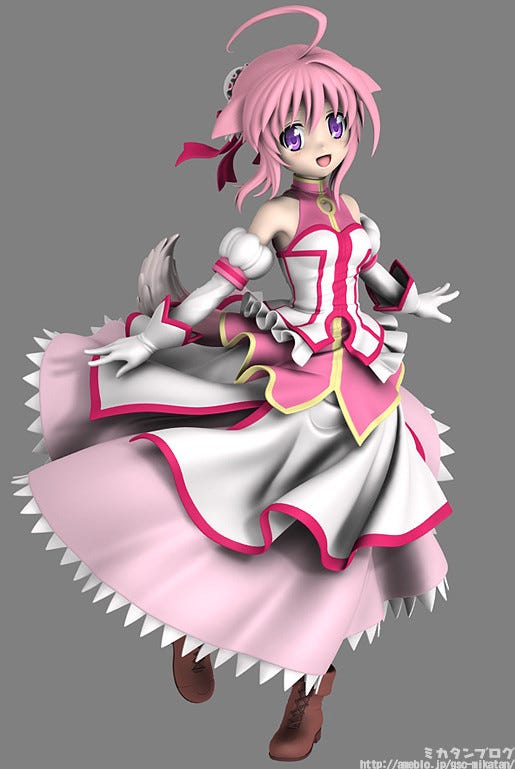 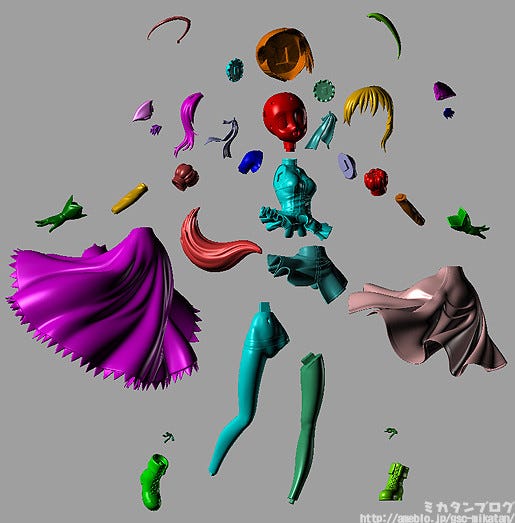 I’m sure a lot of you know, but the figures are all made up of various parts that are put together at a later stage! These separate parts are the ones that are made at the factories in China – and by using 3D data, it’s considerably faster to separate the different parts and save some much needed time!

Millhi ended up with 47 actual parts, 2 metal rods to be placed inside the figure and 2 parts for her base!

So the 3DCG modelers and the the original sculptors can put their strengths together to create great figures and save time all at once!

I must say that the one thing that really stands out after hearing all this, is that…
The voice of the director is very important!

For example, I’m fairly certain that if I had been directing the changes after seeing the scarecrow Millhi instead of Oda-P… something rather different would have come out at the end… I think the ability to do that direction is one of those skills you obtain after doing hand sculpting for a very long amount of time. I’ve tried doing it myself before as well… and I can say that while it’s fun… it’s very hard, and quite intriguing!

Another thing I wanted to get through to everyone though this article:
In the end, a professional is always going to be needed!

Someone who can take the 3D print-out and clean it up, or even improve the way it looks with some hand-made adjustments. Another very important part that we didn’t really touch is that of the painting, which is a very strong point of the figure as well – all these things have to be done by hand!

There are also all sorts of parts to the making of this figure that I didn’t include in this – I was just focusing on the sculpting – but there is a lot of work put in by a lot of people for every single figure that is released. Next time I have the chance, perhaps I’ll take a look at some other points in the production process as well.

And finally, a little more advertising!

She is up for preorder as of today!! Be sure to check out our partner shops if you have any sales or preorder queries.