The Mobauc Auction is Taking Bids! 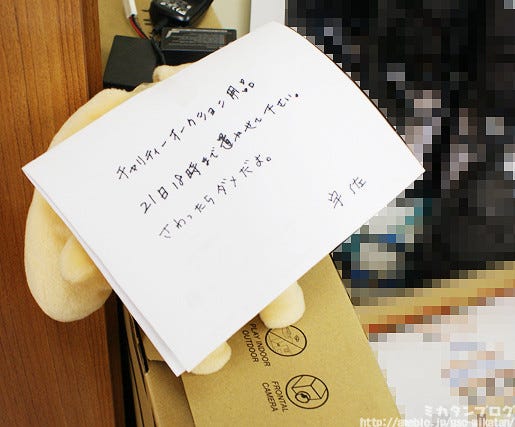 Reading that only makes me want to touch more!

Hmmm?
Could this be the charity auction they’re talking about?

Of course Good Smile will be happy to give some items for an event like this!  (`･ω･´)ゞ

The auction has already started, but I thought I’d take a quick look at today’s items!

A Nendoroid Totori signed by Mel Kishida along with his favorite mask! 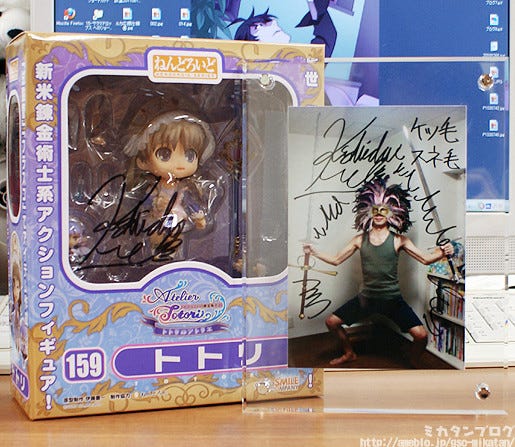 Signed by Mel Kishida himself! Thanks for taking time out of your busy schedule for this! The photo on the right is of Mel Kishida…

Meruru no Atelier has been released! Here is an illustration to commemorate!

This photo was upped along with the tweet above… it caused quite an uproar!

The mask in this photo… 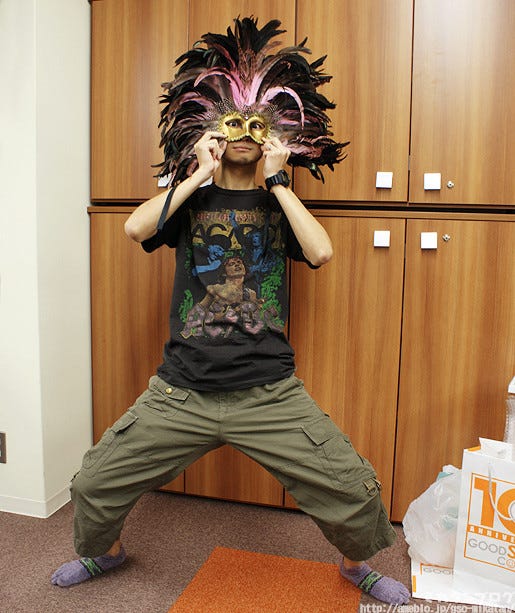 Is also included in the auction!

The real thing!!
The one that Mel-sensei wore himself!!

It’s almost unbelievable that someone will be able to grab that! I can’t believe Good Smile managed to get hold of that…
The model here is Gakkun from the production team – he isn’t actually wearing it on his face, just holding it in front, so don’t worry about that! 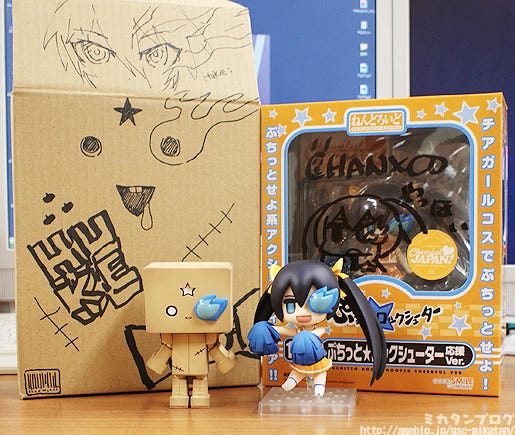 These are also signed…!!!

To think you can get both huke and CHANxCO’s signatures at once… and just look how cute they look together!

The Armored huke was in fact huke himself on the WonFes night – he dressed up in cardboard boxes! 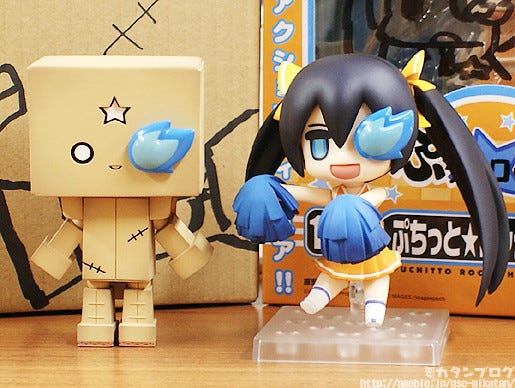 It was made just for this!

Even his feet are cute little cardboard boxes!! He is also fitted with Nendoroid joints so can be posed in all sorts of different ways, yay! The blue flame on his eye can also be removed – and you can even remove his head to give to another Nendoroid for some fun – there are no plans to make it a real product at the moment, so it’ll really be a unique item! 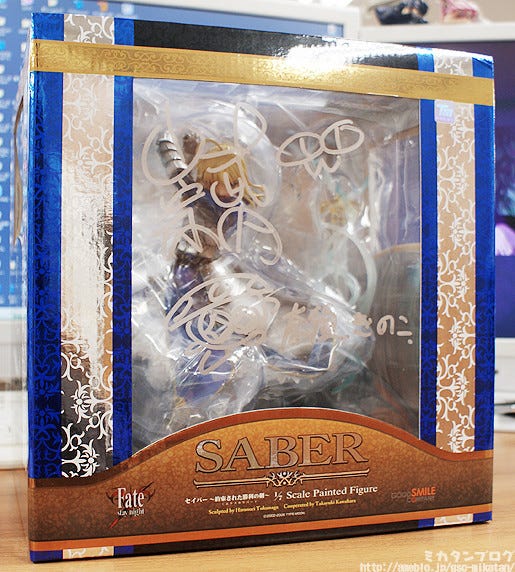 Yet another signed figure!!

Oooh…! I want it for myself….!!! A Saber figure with two amazing people’s signatures!

That’s the three items!
All up for auction on Mobauc at the moment!

All the winnings will be donated to relief efforts in Eastern Japan through the Cheerful JAPAN! Project!

Let’s take a look at the times and URL one more time!
There are also loads of other lovely items other than GSC’s!

That was close… I almost missed the chance to up it on the blog…
I’m not bidding myself, I swear!

By the way!
The final day will see a broadcast of how much everything sold for!

Mai Aizawa will be voicing the event – Good Smile will also make an appearance, so do take a look!

Thanks to all those who signed the figures GSC will be auctioning!

We know you’re very busy, and we’re very grateful you took the time out for this!

Anyway, that’s all for today.
I hope to see you all again next week! (・∀・)ノ゛