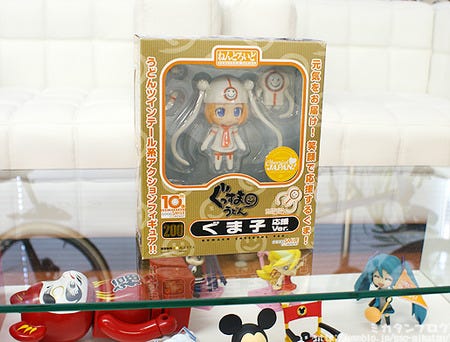 The first Cheerful Japan item, Nendoroid Gumako: Cheerful Ver. is about to be shipped out to everyone that ordered her!

If this is the first time you’ve heard of it, here is a quick summary! 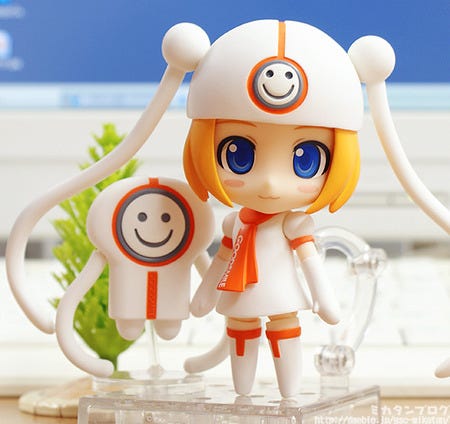 Gumako is the Good Smile Mascot that was born from an April Fools joke in 2008 – and now she is joining the Nendoroid world! A little petite-sized Good Smile Seijin is also included with Gumako!
For those of you who don’t know about Gumako…

– She was once a show girl for ‘GSC Udon’ at a udon shop in Matsudo.
– She had a side job working as an announcer for GSC. – The things on her head are ‘udon’. – She gives depressed people some of the udon to cheer them up.

– More Info –
Gumako once ran out of energy and collapsed only to be saved by the owner of an udon shop. She then realized the power that udon has at cheering people up and giving them energy, and named that ‘Udon Power’.

That about summarizes her! Those things coming out of her helmet are in fact ‘udon’! 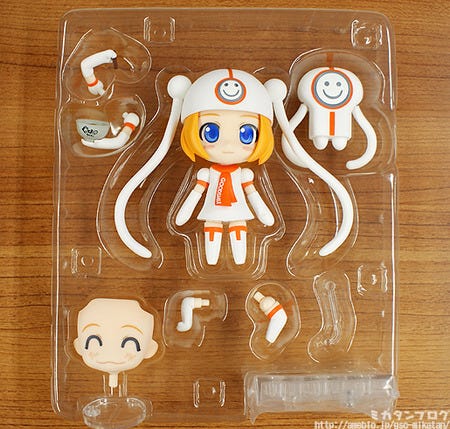 The Good Smile Seijin actually is actually a nice size and very noticeable!
By the way, Gumako marks the 200th Nendoroid! Yay! 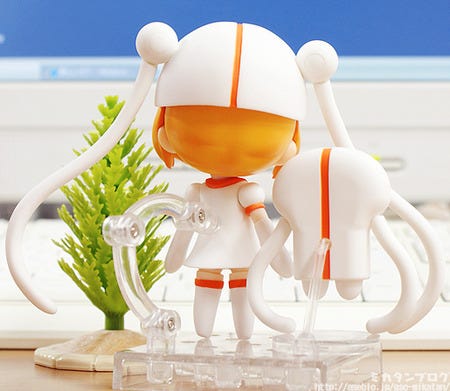 Gumako makes use of the arm-type Nendoroid stand, while the Good Smile Seijin stands on a standard Nendoroid Petite stand, which means they can both be posed floating in the air! 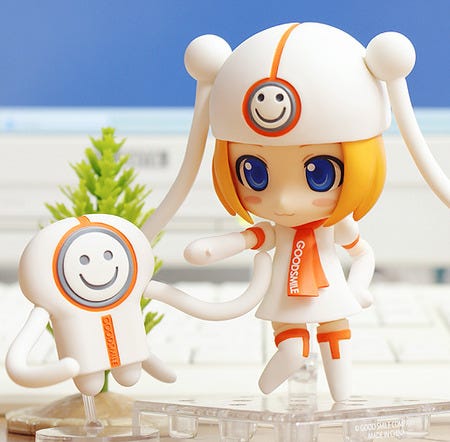 Lets take a look at the optional parts!
A bent left arm and bent leg!

The arm can be removed at the area of skin on her arm, so you don’t need to touch her shoulder parts to attach it. I must say that the orange and white outfit is really adorable! The colors look so great together! 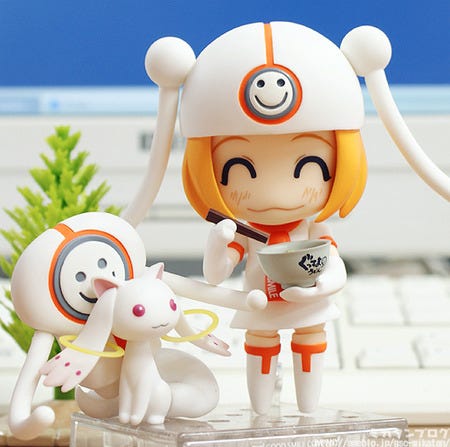 Udon, chopsticks and hands to hold them!

Gumako knows of the power that udon has to make people happy! When you’re feeling down, you just need to look at this figure and you’re bound to cheer up! 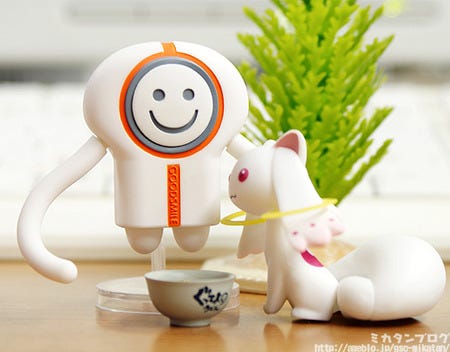 His tentacle things are posable!
They are fitted with ball joints, so there is a limit to how they can be moved around, but you can still make all sorts of poses! 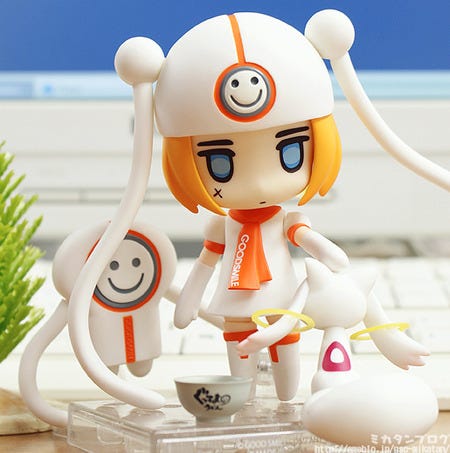 She can use other Nendoroid expressions!

Just pick your favorite Nendoroid expression and give it to Gumako to try on! The expression above is Nendoroid BRS’s CHANxCO Face! The eye color matches perfectly so it looks super adorable on her! 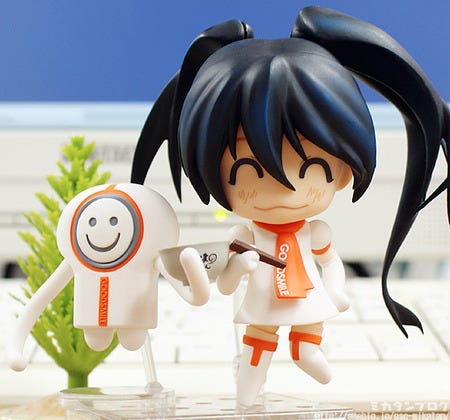 Trying the helmet on other Nendos was unsuccessful…

It’s very rare for the helmet to fit neatly on a differently sized head part, plus the helmet has tabs inside to place on Gumako. But you can always do it the other way around and just use Gumako’s body with a different Nendoroid’s head! :P Gumako cosplay! 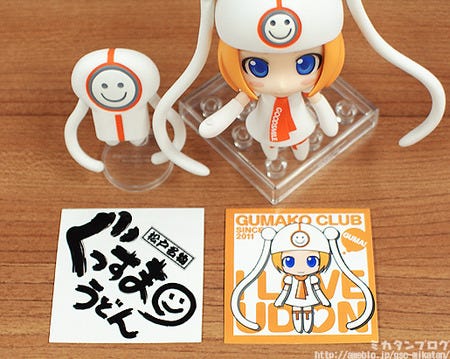 The stickers are the same size as the square stand, so you can stick one of them onto the stand if you like – or anywhere else you want! You will need to poke a hole in the sticker for the point the arm fits in. 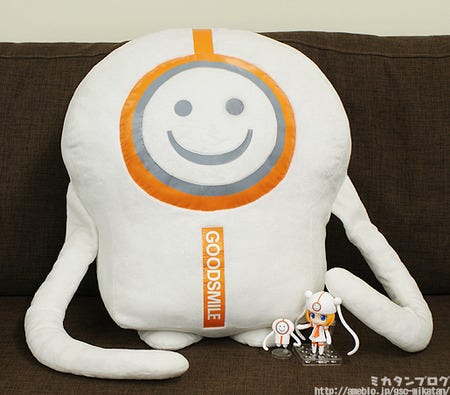 It will be sent out to everyone who ordered on the 29th!
The GSC-Seijin Plushie is really huge! Prepare yourselves! :P

There were a few extras made, which will be sent to animate stores. Get in touch with your closest animate store for more info!