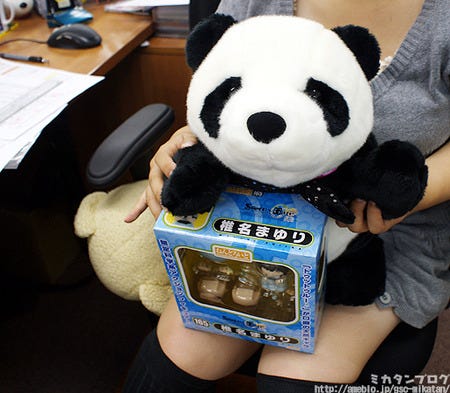 This panda is just so nice and fluffy to touch! He is super popular in the GSC offices at the moment! Fluffiness makes everyone feel better! But the panda’s fluffiness isn’t the only thing that’s making everyone happy – just look at what he is holding too!! 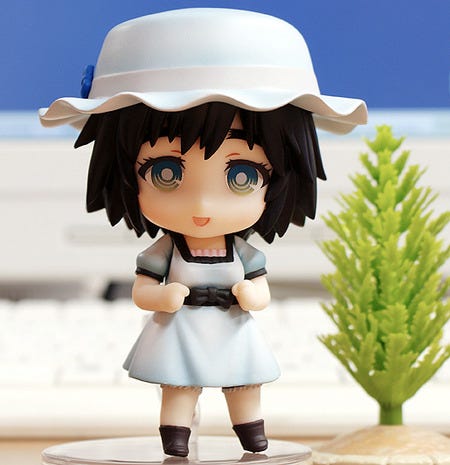 The final episode of Steins;Gate has just aired, so it’s the perfect time for this Nendoroid of Mayuri to be released!

She’ll be in stores from tomorrow! Tuturu~ ♪ 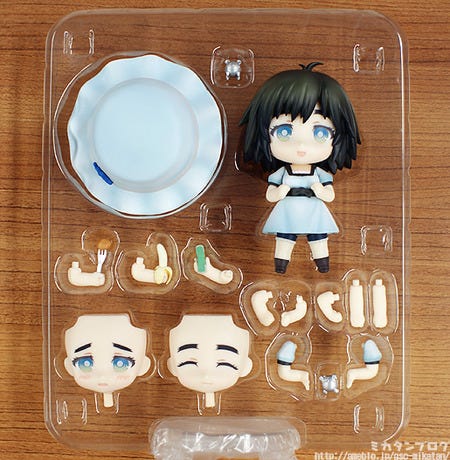 Just look how many arm parts she comes with! There are a load of parts representing specific scenes from the series which fans should appreciate! 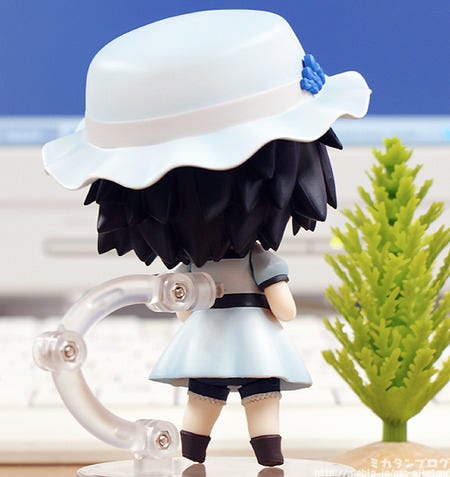 Even as a Nendoroid the small details of the lace on her jeans is visible! Her big fluttery hat is also absolutely lovely! 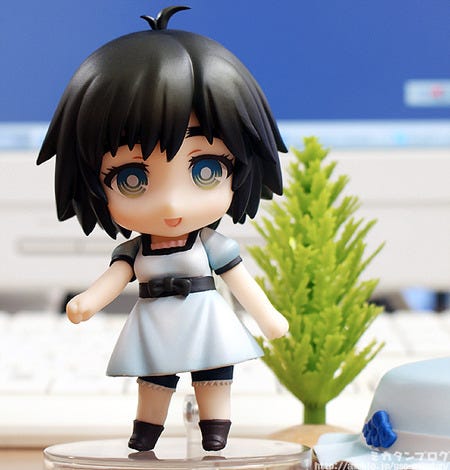 Her lovely hat can of course be removed!

She has a piece of sticking-up hair that can be attached when the har has been removed. The little piece of hair is very small, so be careful not to lose it! 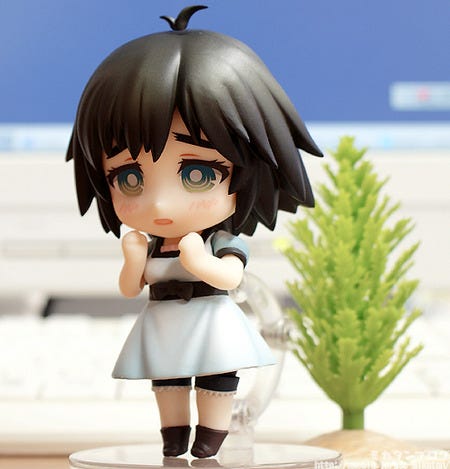 Combining this expression with the bent arms recreates one of her poses from the Steins;Gate game! 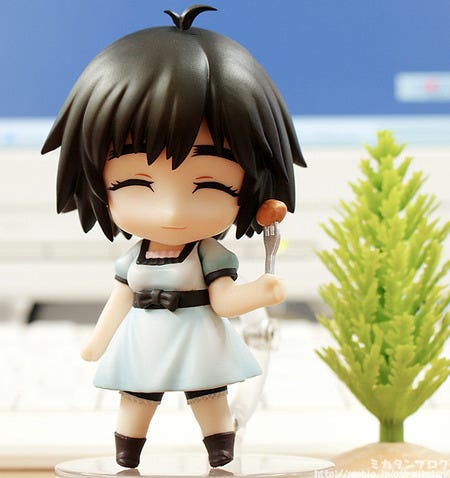 Next up is a super happy smile!

Along with Mayushii’s favorite – Juicy Fried Chicken Number One!!
The chicken and fork are attached to one of her arm parts! You can see just how much she likes it by her expression! Seeing her smile like that gives me the power to get through any day!!  ･ﾟ･（ﾉД`）･ﾟ･｡ 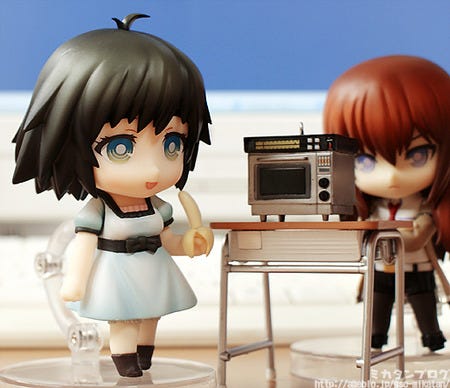 Plus the all important banana!

A Nendoroid that comes with two different foods at once… this just has to be Mayushii! :P I’m sure she is very happy with the extra parts that were given to her Nendoroid form! (*´▽｀*)

By the way… the phone-microwave isn’t included with the figure, it’s my own personal item. ^^ 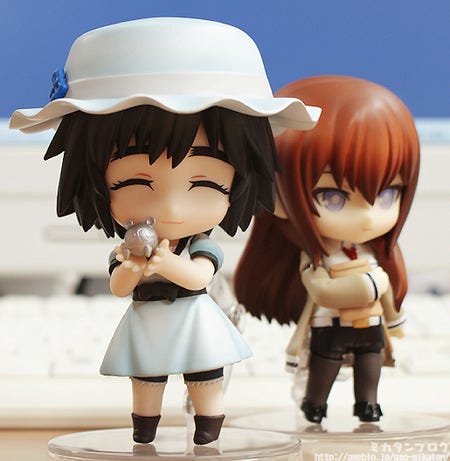 Another very important item to the series, it just had to be included! She also comes with more arm parts that let you recreate another scene from the game, where she is holding metal Oopa!

That’s right! She comes with one in her hands, and one separate!
The version for her hands has a little stub that connects to her hand, while obviously the other version doesn’t need it!

Now we are just being spoiled!
Fans of the series will be happy to have so many options when displaying their Mayushii!! You can even let her hold one, and keep the other one for your desk! 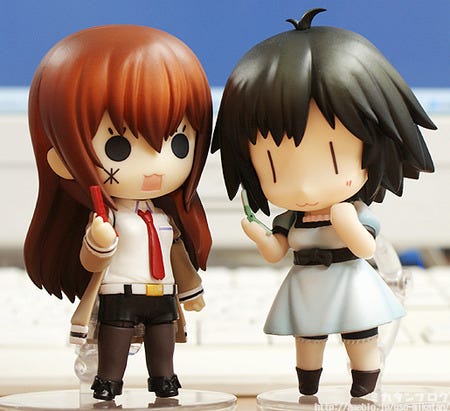 She can also exchange expressions!

This expression is actually from the very recent Nendoroid Kurisu Makise & Mayuri Shiina Cheerful Ver., it’s the (´・ω・｀)-face included with that version of Mayuri!

Plus, it’s not Steins;Gate if there is no cellphone!
Mayushii also comes with her cellphone! 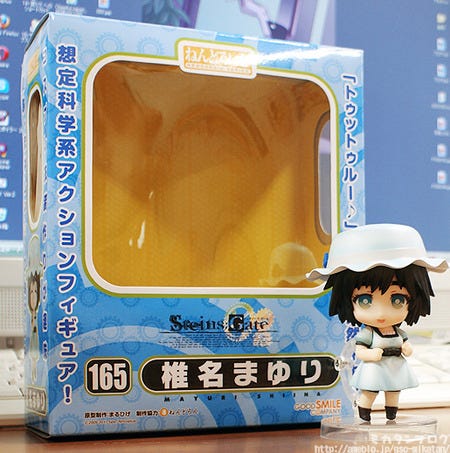 She’ll be available from tomorrow!
Check with our partner shops if you have any queries regarding sales and orders!