Otanaka D. Satoru: “To become one with the planning team, you must first practice introducing products to others!”

Otanaka D. Satoru: “Being a man is all about having courage to challenge the unknown!” 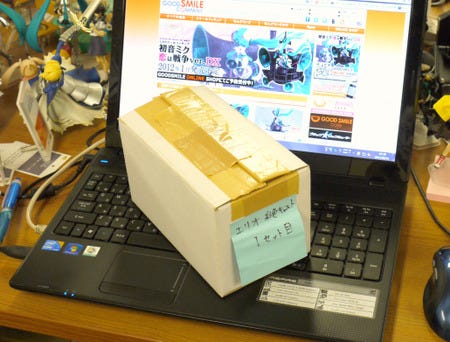 Otanaka D. Satoru: “I already have a figure ready for you!”

I will be writing Mikatan Blog!

I am one of the new workers that started about half a year ago, Shuutarou Hirase, and I’ll be introducing a product that will be announced very shortly! 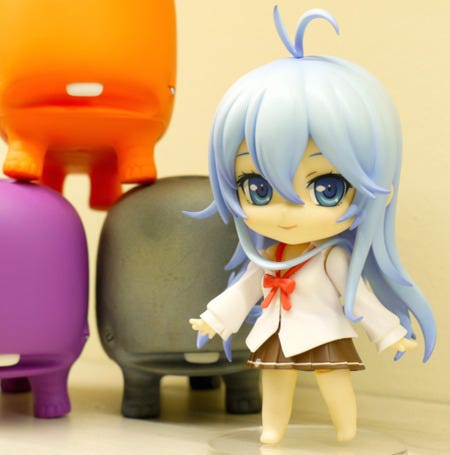 Erio is a self-proclaimed alien from the popular light novel that has sold over 800000 copies – ‘Denpa Onna to Seishun Otoko’!

In a previous issue of Dengeki G’s magazine (2011/09) you could have grabbed a Nendoroid Petite of Erio, but now you can also grab the full Nendoroid-sized version! 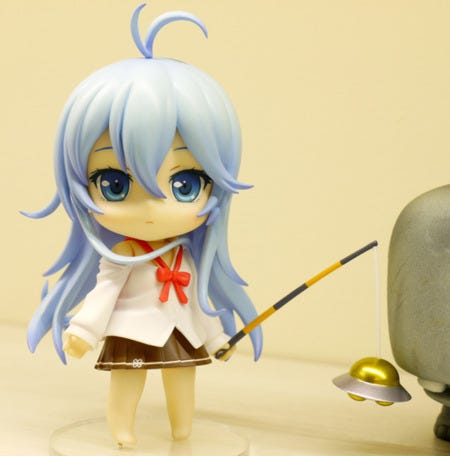 Let’s have a look at what optional parts she comes with!

An expressionless face and a UFO on a stick!

By using these two parts together you can recreate one of the official illustrations from the anime! Also take note of her shirt slipping down showing off her shoulder, plus her bare feet – what a defenseless looking Erio-san!

Those who have seen the series will love this extra! 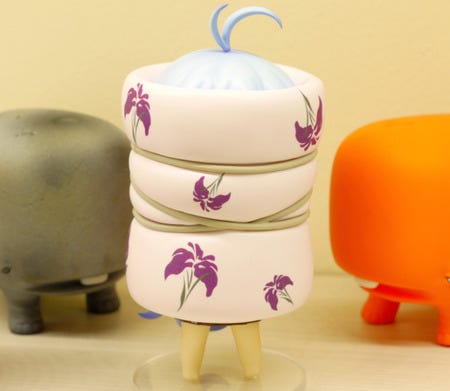 These parts allow you to recreate the famous futon-wrapped Erio with just her hair sticking out of the top! I bet there will not be many figures that allow you to pose Erio like this! :D It’s also a very detailed rendition of the futon – everything from the tight looking rope holding it together down to the purple flowery design!

Ah, but there is a solution for that! 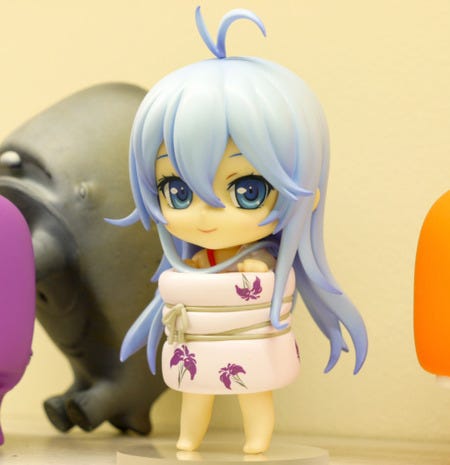 You can also pose her sticking her head out!

Both her head and her hands are peeking out the top of the futon! You can obviously try all the different expressions in this pose for all kinds of cute looks! 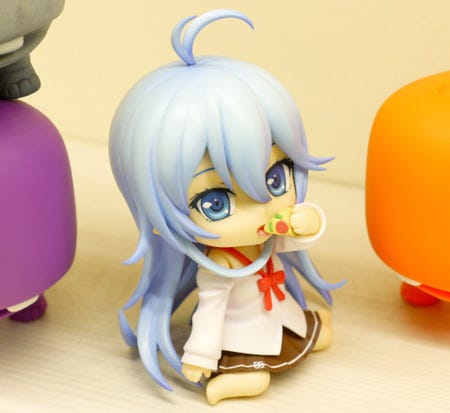 Plus she also comes with an expression with her tongue out to eat the pizza, along with hands to hold the pizza and an extra lower body part for her to sit down while eating – it’s the Nendoroid version of the pose seen in the first volume of the novel!

She looks so content eating that pizza while sitting like that!! Let’s take a closer look at her munching on the pizza! 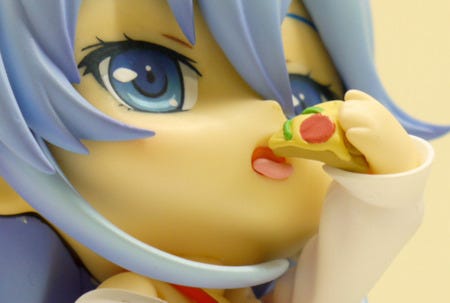 You can really see her tongue is sticking out a little bit! The pizza also looks like a little bit of cheese is about to drip into her mouth!

That covers all the optional parts! But if you combine that with this…. and then this with that… couldn’t you…? 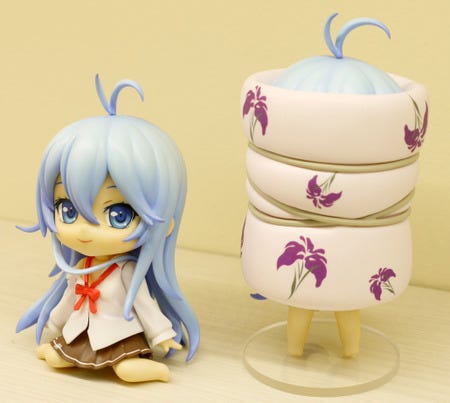 You can pose both the sitting pose and the futon pose together!!

I was just thinking it would be tough to choose how to display her… but I guess you can just display both at the same time!! Great thinking, Otanaka-san! 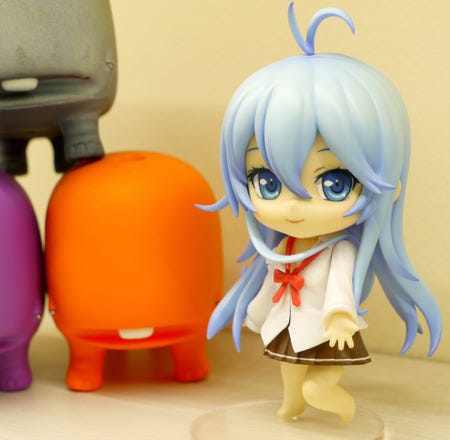 She’ll be up on the GSC site tomorrow!!

Be sure to check out our partner shops for preorder and sales information!

But that’s all the time I have for today! Maybe we’ll meet again sometime soon! But I don’t think I’ll be handing back to Mikatan just yet… I’m passing the baton onto Kaneko-san!
Here you go! （*´ー｀）人（゜Д゜；2）Huh!?