I really, really want Nendoroid Ritsu Tainaka – is there any chance we can see a resale of her?

I managed to get all the others when they went on resale, but Ritsu just never appears… The other band members say they are lonely and are leaving a tear-filled pillow every night. Or perhaps that’s just me… 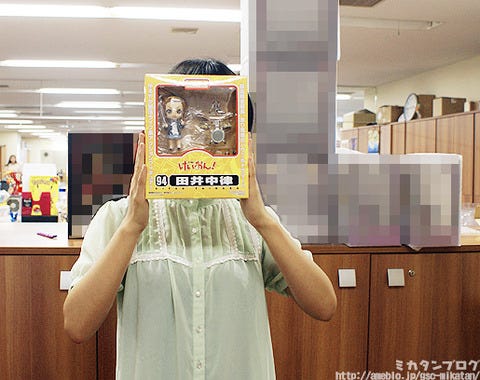 … I’ve always wanted to say that!

And the reason I can say that is very simple! There have been lots id requests for a Ritsu Nendo resale, and thus she is indeed coming back again! Apologies for the delay! 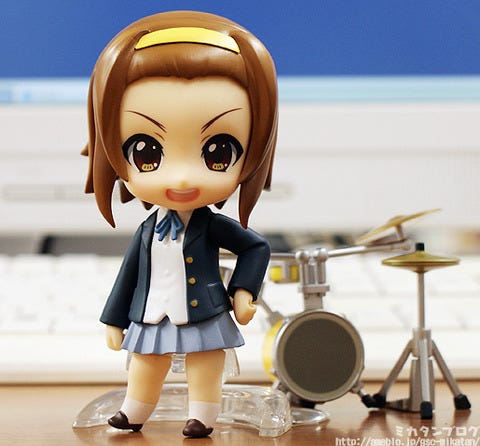 She is of course from the ever-popular anime series ‘K-ON!’, and is the drummer in Sakura High’s light music club. Her going on resale also means that every one of the K-ON Nendoroids have gone on resale! 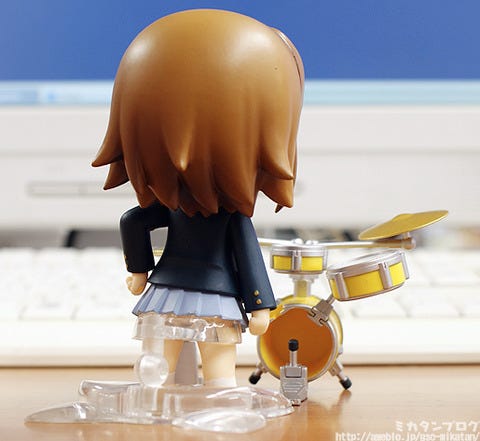 Most Nendoroids released at the moment feature the ‘arm’ stand that pushes into the Nendoroid’s back, but to keep Ritsu consistent with the other four girls she still makes use of the ‘sitting’ stand. It’s a little different to the normal stand though – she actually stands on the ground and not the base – this is so that she doesn’t look off when posed playing the drums. 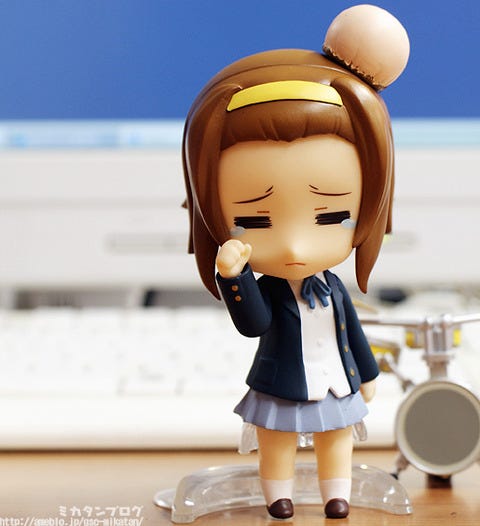 Let’s move onto the optional parts!
Her sobbing face and bump on the head!

Those of you who already own her will know – but the bump actually attaches with a magnet! Isn’t that smart! 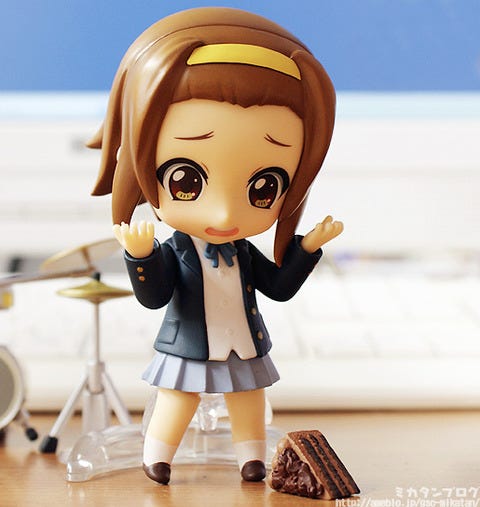 A flustered expression and hands!

Perfect to recreate the pose above in Nendoroid form! :) The hands were actually for use for the sobbing face, but I think this works great as well! Oh, and the cake isn’t included with the Nendoroid – it’s my own personal mini chocolate cake! :P 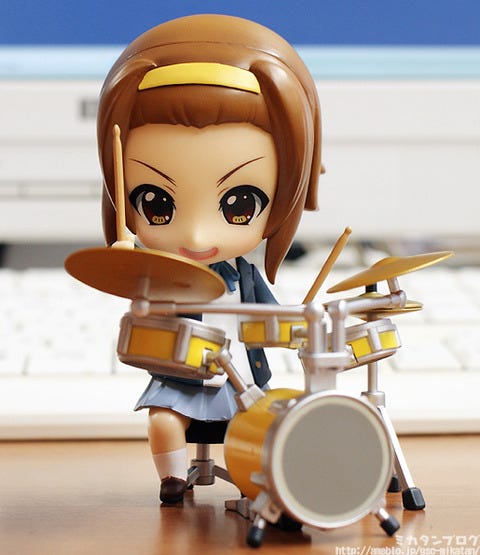 Plus she has parts to sit her in front of the drums!

Allowing you to recreate a scene right from the stage! 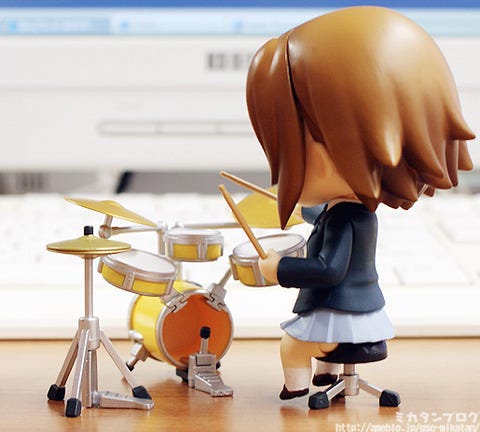 Even the pedals can be seen on the tiny drums! Dodoof! (<- An attempt at a writing the sound a bass drum makes :P) 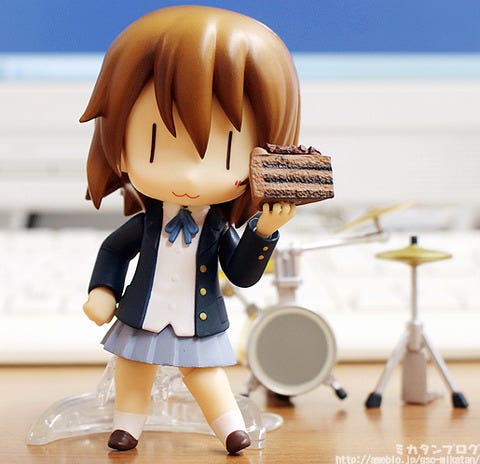 Parts to display her with her hair down!

The hair is supposed to be displayed with the flustered face along with the ‘love letter’, to recreate a scene from one of the extra episodes, but I decided to use an expression from another character instead! Her expressions are exchangeable with a couple of other Nendoroids, so you can play around with them! 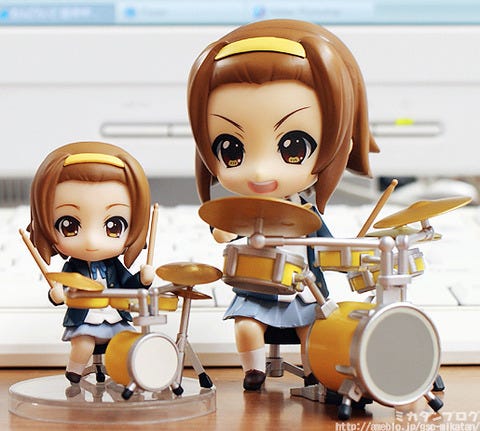 Displayed together with Nendo Petite Ritsu!

Ritsu fans can display the two of them together like so!

Not at the moment! But worry not!

Is going on resale on the same day as Ritsu!

The set includes the five girls in their school uniforms as above, but also comes with another set of them perfect for Summer, plus one secret character! A total of eleven figures! Each one with all it’s minute detail is only 500JPY! If you didn’t grab them the first time, then now is your chance! 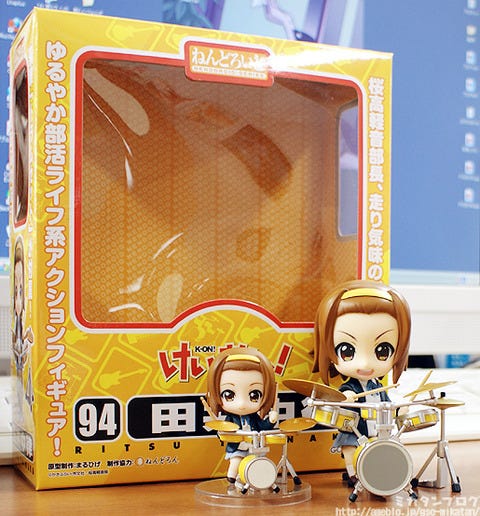 The resale notice will be on the GSC website tomorrow!
For preorder and sales information, please take a look at our partner shops.

Anyway, that’s all for today!
I hope to see you all again tomorrow!!