Miku will be sent out to everyone soon! 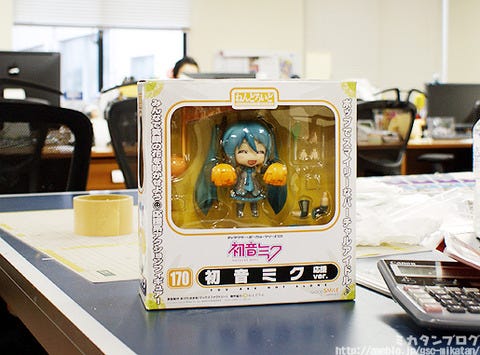 She was the first product to be sold as a charity product to raise money to support the relief efforts in Eastern Japan – for each figure sold Good Smile Company donated ¥1000 to the Japan Red Cross Society.

I think that number is a good sign as to how much people care about helping out those in need. Thank you to everyone, and know that your money will be helping out someone in the affected areas! 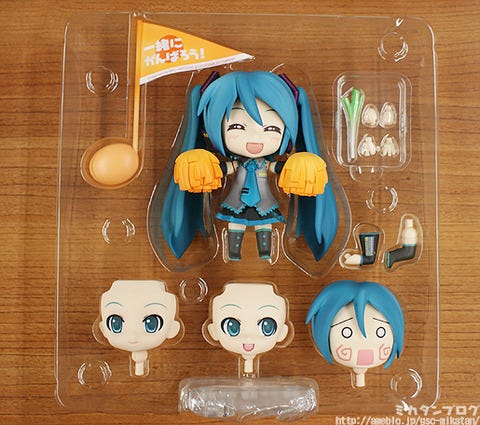 This version of Miku uses the original Nendoroid Miku Hatsune as a base, but adds on extra expressions parts and other optional parts – a cheering face, a flag and pair of pompons for her to show her support! 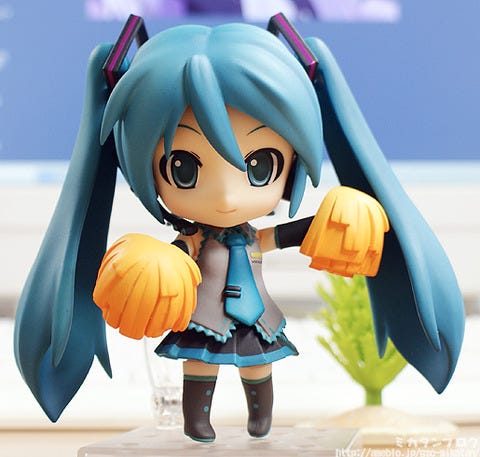 The inside of the pompons are fitted with a balljoint so they can be posed at all kinds of different angles! This was actually added in by the production team, and it is a most welcome addition!! 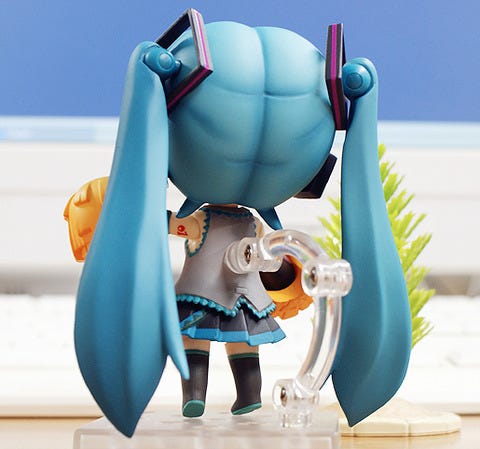 This version of Miku uses the arm type of Nendoroid stand – although she can actually stand on her own using her long twin tails – the stand just allows for an many more poses and more stability. 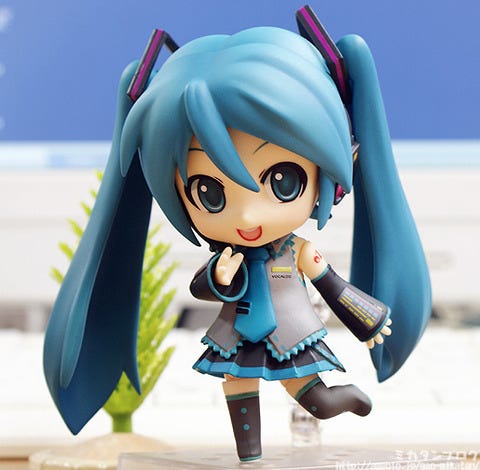 The pompons can be removed easily!

The same bent arm and leg parts included with the original Nendoroid Miku are of course included with this version as well! Plus you can’t have Miku without that lovely singing face! 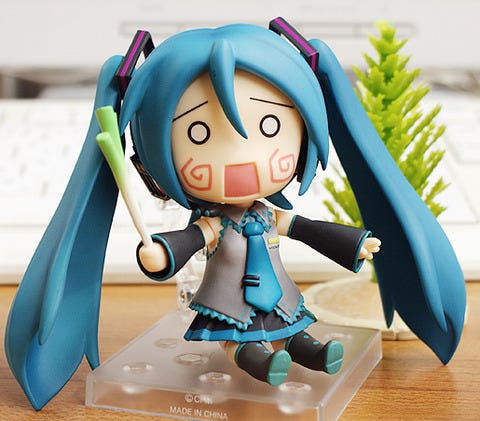 She also comes with the Hachune set!

That includes the facial expression, a different fringe part and of course her leek to wave around! Just looking at that face makes me smile. ^^ 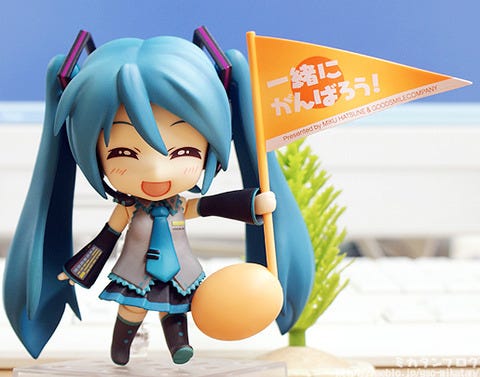 Colored the same bright orange as the pompons – it’s really a color that just shines with happy energy! Let’s all work together for tomorrow!

Plus the brand new smiling expression!
A face never seen on any Nendoroids before – you can’t help but smile after seeing her so happy! 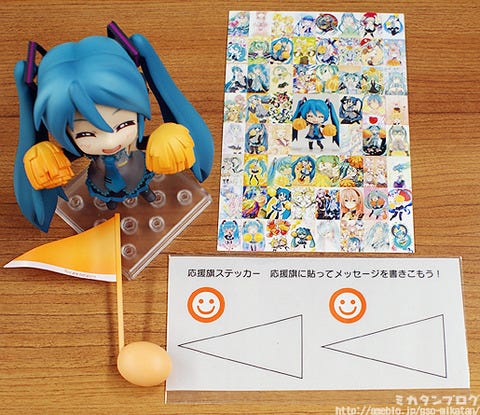 And inbetween the box and the inner cardboard…
There are postcards and stickers!!

Thank you to everyone who allowed their illustrations to be included! 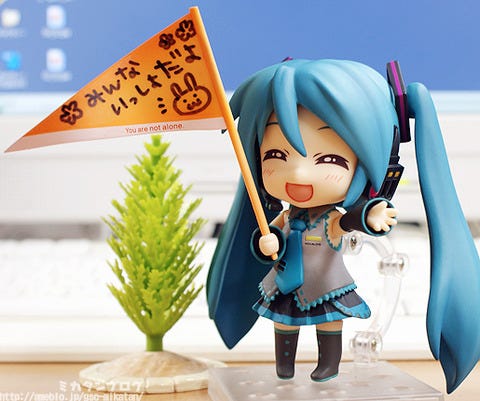 The stickers are for the back of the flag!

The GSC Mark is there if you want to use it, but otherwise you can write your own personal message. This version was written by Koyamada from the production team – it says ‘We’re all together!’.

I’m going to be collecting the messages that everyone writes!!

Write whatever you think will help those in the disaster areas feel a little bit better! I want to get as many as possible and put them up on the blog! 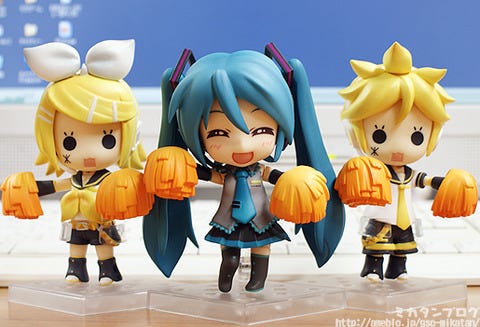 Other Nendos can also hold the pompons! You can make any of your favorite characters join in the support for Japan!

She is being sent out on the 30th June!
They are being sent out in the order that they were ordered – so if yours doesn’t arrive don’t stress, it’s probably on it’s way! Also note that international orders will only be a month or so later – but don’t worry, she is coming!!

Another way to show your support is though the PRAY FOR JAPAN project run by KarenT, where you can download songs from the iTunes Store and Hatsune Miku Mobile and proceeds will be used to support relief efforts. If you’re interested check the link below! (Japanese only.)

And finally a quick notice – Mikatan blog is taking a vacation from tomorrow the 29th June until the 4th July, as the GSC team is going on a training course – which means the next blog update will only be on the 5th July (Tues)!

Also during that time GSC will be at the JAPAN EXPO being held in France. Some of the staff will be doing a live broadcast from the event along with DWANGO which can be found here:

There are some product introductions planned for the broadcast, so do tune in!