The Golden Saw’s are preforming some kind of ritual! 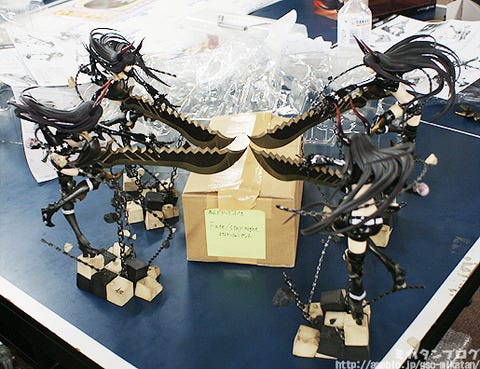 They are summoning new figures to play with!

It is in fact the figures we took a look at on the live broadcast the other day!!
These Gold Saws are all actual product versions that the design team put together to make sure everything was alright. She will be coming to stores on the 28th! 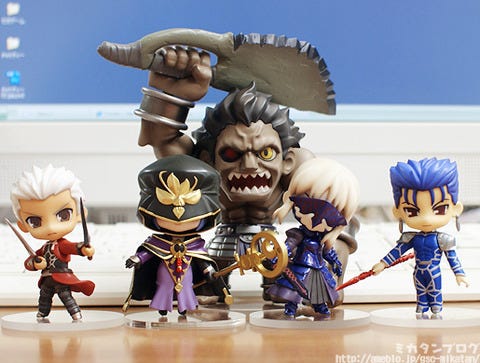 Last year in June the Nendoroid Petite: Fate/stay night set was released, and this set is to add on to that collection!

Simply put, the things that stand out the most are…

That about sums up the set! :P

I remember a long time ago back in the old office I asked Oda-P to please release some Nendo Petites of Archer and Lancer – I’m so glad my wish finally come true! Although, it wasn’t my request that brought them – it was all of yours! This is definitely a set of Nendos that lots of people have been requesting! 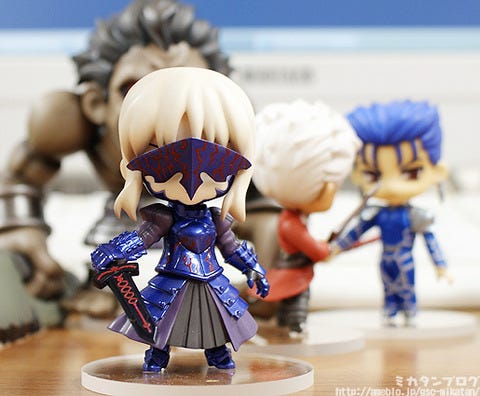 She may be Nendo Petite size, but the detail on her armor is unbelievable! Even the fine red lines along her armor have carefully been added in! 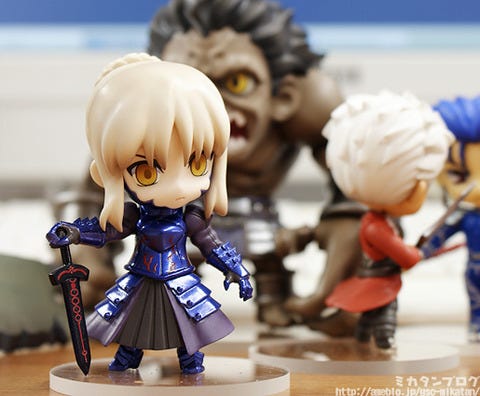 Her mask is removable with a separate fringe part!

Alter-san’s face is even cuter in Nendo Petite size!! you can also pose her wither wielding Excalibur or just holding it by her side like in the photo above. 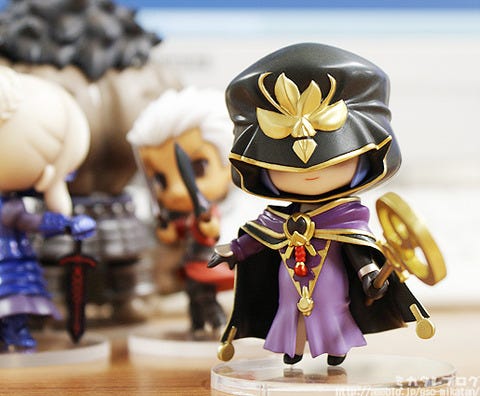 Caster may be less popular than other characters but she still has very devoted fans, so she had to join the lineup! The detailed sculpting on her one piece even features the slit down the middle – it’s absolutely beautiful! 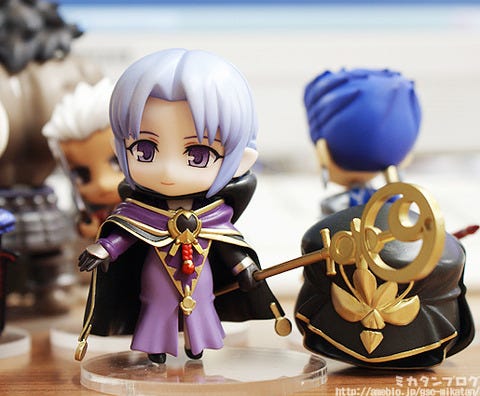 She has a hooded and unhooded version!

When I saw the version of the hood hanging down  knew exactly what it was, it’s nice to be able to see her face as well – although I must say I’m also quite a fan of the mysterious look with the hood on – I’m really not sure which version I would display! 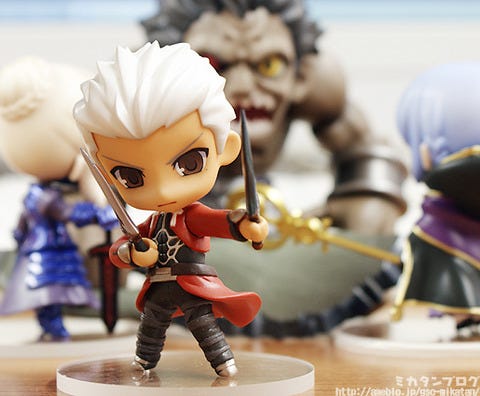 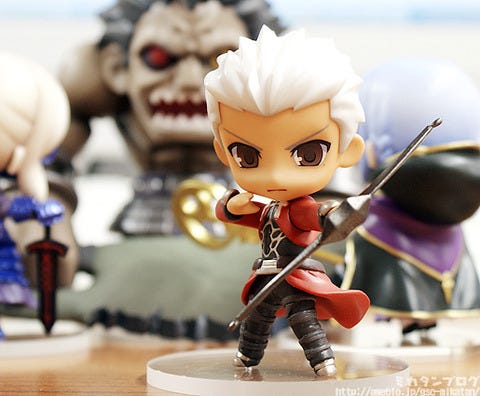 Of course he also comes with his bow!

Just by replacing the hand parts you can have him wield his bow instead! It’s a really nice rendition of him – the expression is perfect for him! 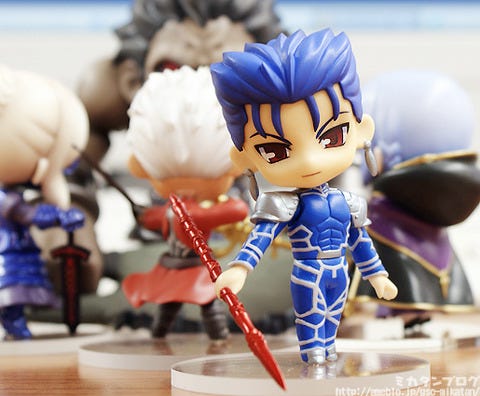 You can’t have Archer with Lancer! :D He is posed in a gallant pose wielding his spear, ‘Gáe Bolg’. 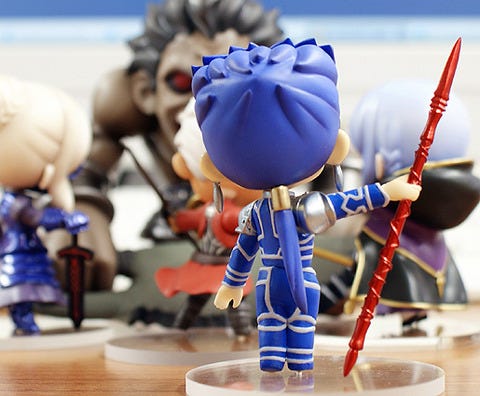 Unfortunately he doesn’t come with any optional parts…
But this is how he looks from the back! 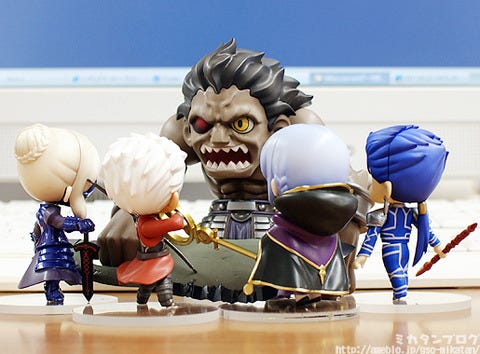 … his review will come on Monday!

I’m sure lots of people are thinking that right now – but I’m fairly certain that the Berserker Nendo requires his very own review, so I’ll give a much longer review of him on Monday – plus there will be some bonus pics!

Planned to be up on the GSC site on the 27th June!

However the price is still being confirmed, so it may be delayed a few days – if that’s the case just be patient a little while longer!

Anyways, that’s all for today!
I hope to see you all again next week! (・∀・)ノ゛
I’ll try to make sure the blog isn’t delayed!