May 23, 2011NendoroidBy Kahotan
Check out more figures at the
Good Smile Company website! 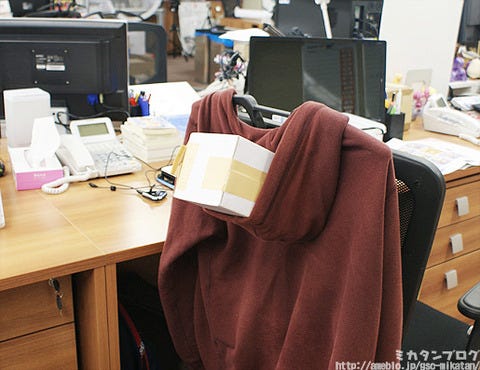 I have been waiting for this!!

I really have been waiting for this day for so long! I’ve been a huge fan of Togashi’s works for ages, and now one of his works is being Nendorized!

Time to have some fun with a long awaited Nendoroid! 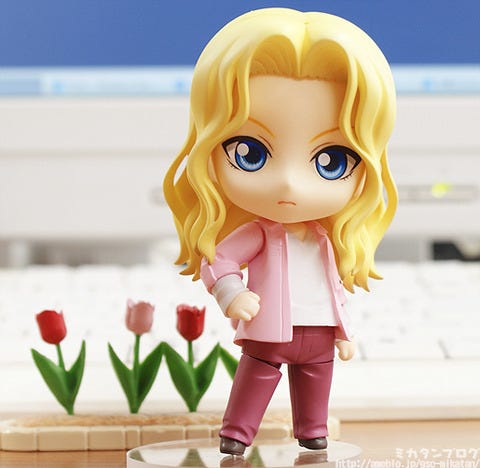 With it’s recent anime conversion, the series ‘Level E’ has become more well known – and from that series comes a Nendoroid the genius first prince of the planet Dogura, simply known as ‘Prince’!

This is the very first figure of him!

If anyone reading this blog thinks they have a mindset even close to mine, then trust me… just grab this one!

There might also be some fans who are thinking they want a figma as well (like me), but at least this is a start! We finally have him in figure form! Don’t miss this figure of him or you might never get the chance to have a figure of him! If you’re a fan of the series you won’t be disappointed! 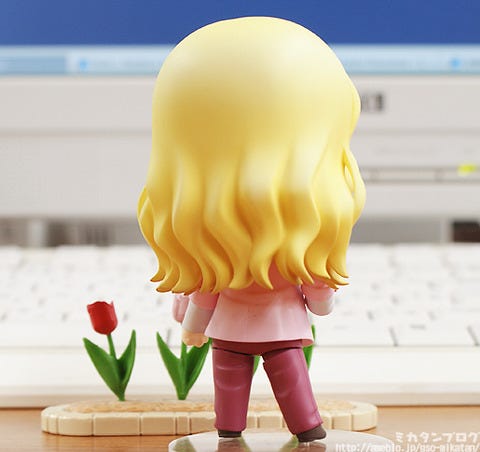 The Nendoroid doesn’t come with a load of little items to play with, but instead comes with a huge amount of extra parts for different poses – Prince is very well known to over-exaggerate on his poses a bit, so it’s great for him to have the parts to do so! Let’s take a look at some of the poses you can make! 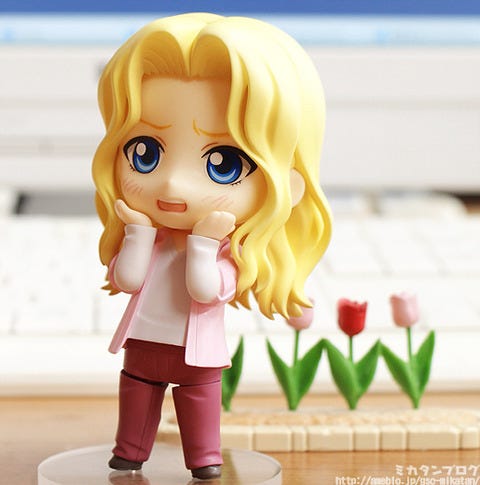 First up is his acting face!

The same expression he would always give when people made him out as the bad guy!

He also has bent arms to hold his hands to his cheeks! 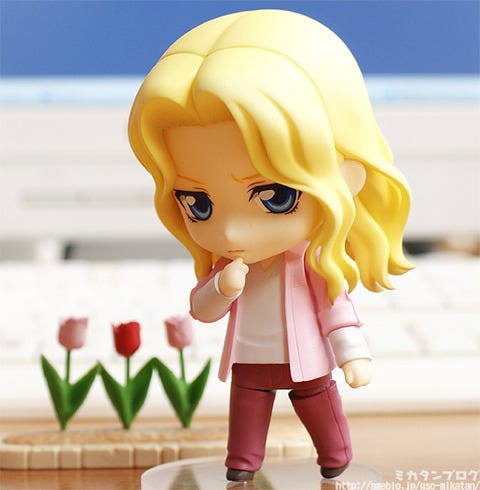 Next up is the plotting face!

A fairly serious expression ideal for when he is coming up with his next prank! You can tell just how cunning he is by looking at the expressions that come with the Nendoroid! ^^;

A bent right arm lets you pose him with his hand to his mouth as well! 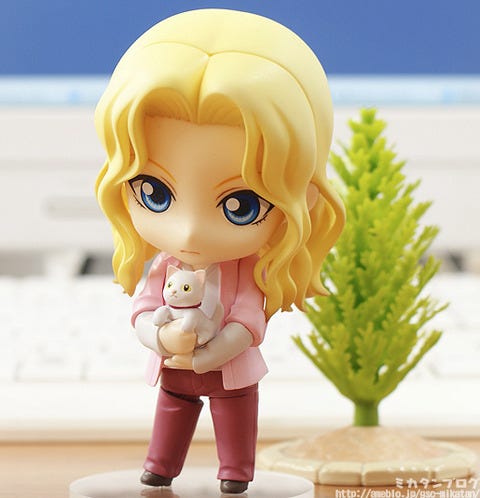 Those are the three expressions, let’s move onto the optional parts!

A cat and arms to hold it!

It’s the kitty that he saved from the car! He can hold onto it tightly and keep it safe now! The kitty connects onto the right arm, so you can replace the left arm with a different one and still keep the kitty. 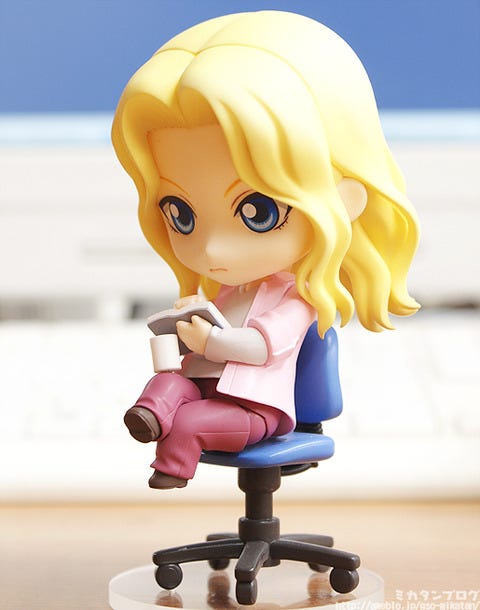 And last but not least!

A chair, sitting parts and a book!

All the parts to recreate Prince sitting cross-legged on his chair while reading a book! Plus he even has the coffee cup resting on his knee!

Fans of the show may or may not have realized, but this is…

The exact pose from the scene where he first met Yukitaka!
Which was inside Yukitaka’s room… somewhat illegally. ^^; 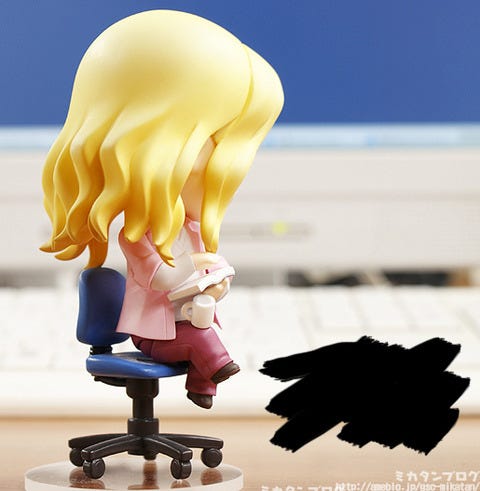 A look from another angle!

It’s probably quite hard to get a Nendoroid to sit cross-legged like that, but it actually looks really great! You could even recreate Yukitaka’s room using the ‘House’ playset sold by Phat! Company! 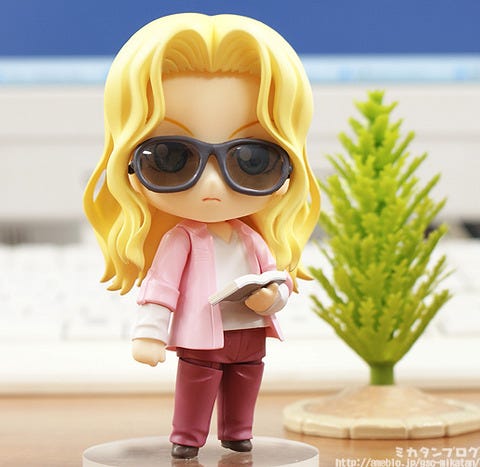 Switch some parts around with other Nendoroids too!

This sunglasses from from Nendoroid HMO Miku! If only I had a hat as well then it would have been perfect!

He will be on the GSC site on the 24th


Anyways, that’s all for today!
I hope to see you all again tomorrow!  (・∀・)ノ゛

Now I just hope that some HUNTERxHUNTER figures are on their way… :P