May 19, 2011NendoroidBy Kahotan
Check out more figures at the
Good Smile Company website! 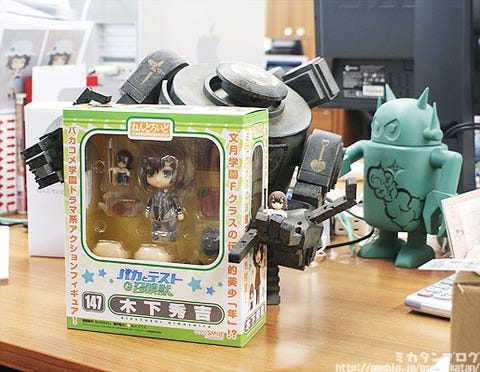 Heavy Bramble is going to play with a Summon today!

Don’t worry Heavy Bramble – Tsukki will be coming back later today! Sorry for always using your desk when you’re away Tsukki! :P 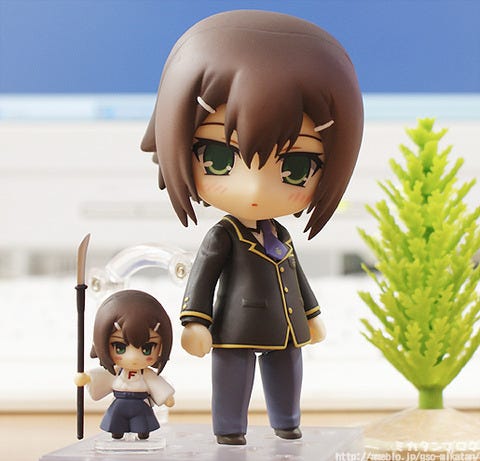 Anyway, today we’ll be playing with this figure!

He is one of the characters from the comedy anime ‘Baka to Test to Shoukanjuu’ – one of the students in the 2nd year F class.

Apparently Hideyoshi is a gender in itself! 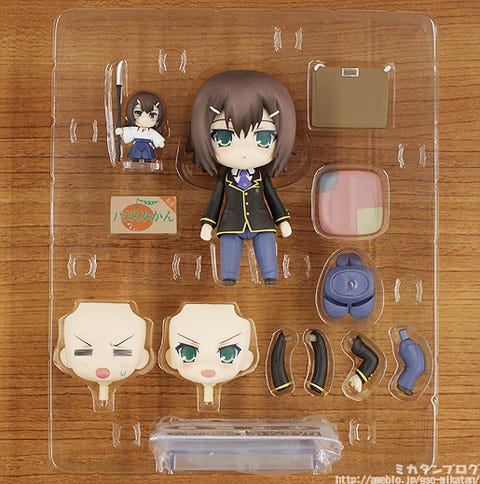 With just one glance it might look like there are not that many parts – but there are quite a few! It includes his summon, parts that let him sit down, as well as a total of three expressions along with other parts! Station Yamada was in charge of this product – you can feel his love for the series! 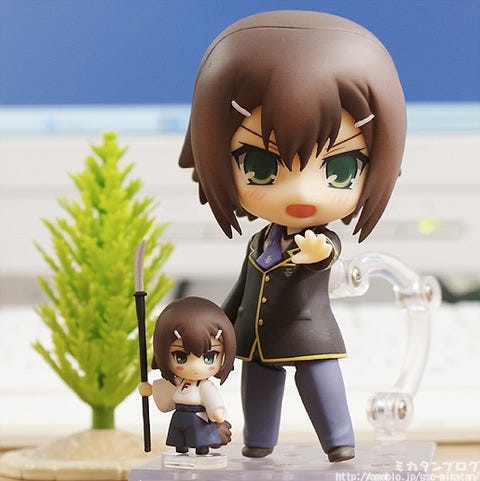 Let’s take a closer look at the optional parts!

First up is his summon!

Along with an expression used for summoning! You can’t have Bakatest without these parts – you can use them to recreate the famous summoning scenes!

Plus the summon is incredibly detailed!

It’s about the size of a little charm – apparently making such tiny characters is really difficult! 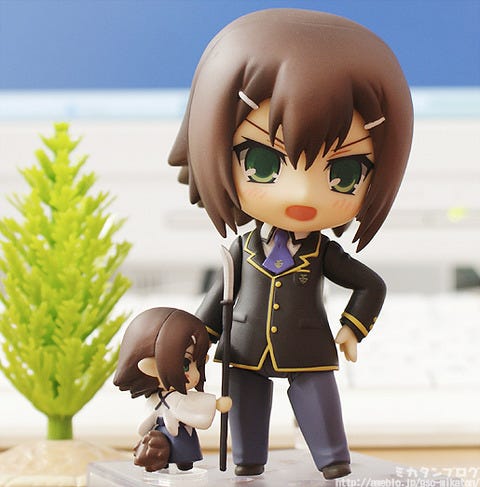 You can even rotate the summon’s head!

Station Yamada really outdid himself this time! Plus Hideyoshi has a bent left arm to be placed in a cool pose like this one! 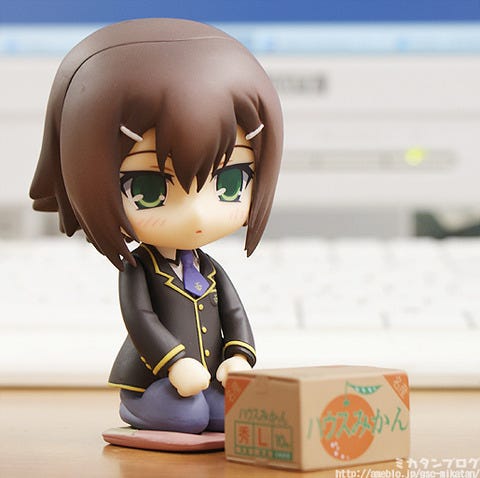 But there is more!

Parts for sitting, a cushion and a box!

This is the classroom seating arrangements for the F-class – the lowest grades in the school. Of course Good Smile’s sculpting is A-class, however! :P

The details on the mandarin box are inredible! 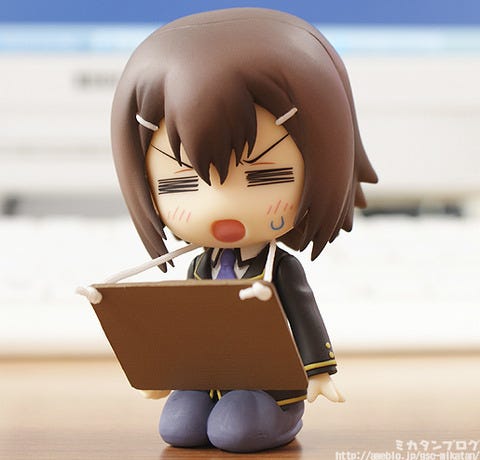 Another expression – a worn out face!

A truly wonderful expression to play with! It lets you recreate a number of scenes from the anime!

Plus a drawing board!

If you’re not sure – make sure you go watch the last episode of the first season! As far as I can think it’s the first Nendoroid that comes with such unique extras like a box and drawing board. 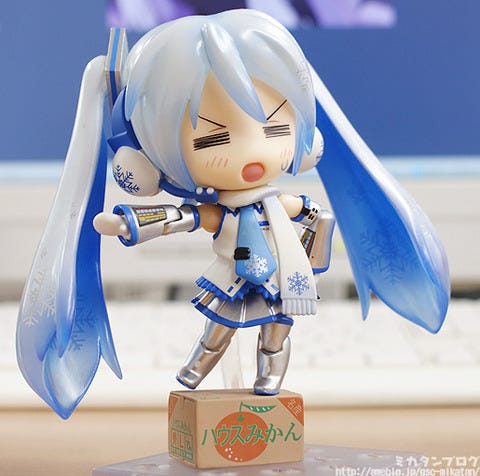 Snow Miku tries it on!

She even has a new stage to practice her songs on! As the eyes are closed it’s easy to use them on loads of other Nendoroids! 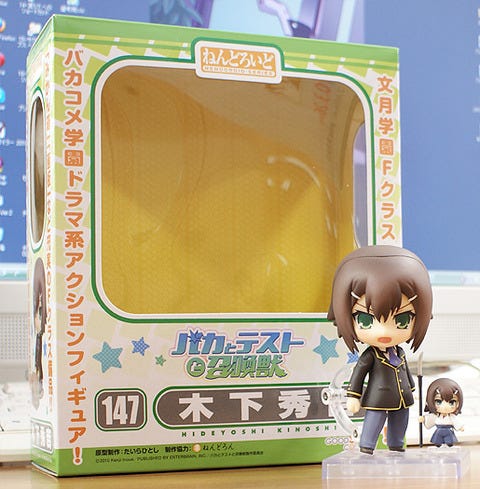