Good Smile is doing there utmost to keep releases and announcements up to date, but things like transportation problems may get in the way, so bear with us if some things get delayed! 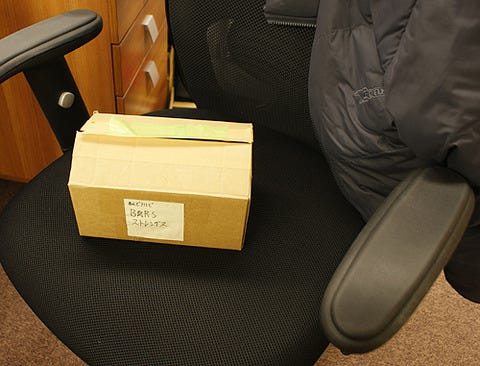 Of course, I’m trying to keep the blog up to date too!

In the hopes that I can bring a smile to everyone who reads it! 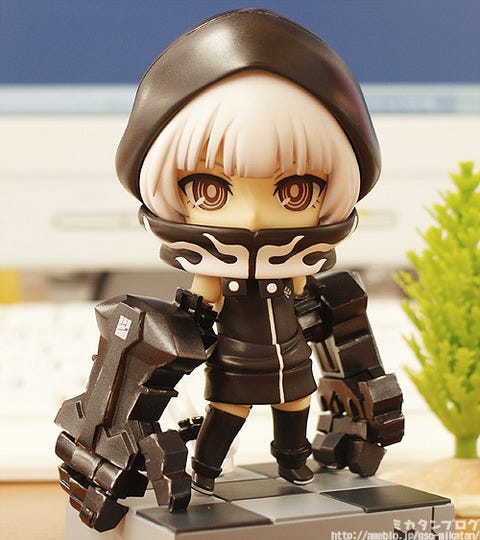 That said, let’s move onto today’s figure review!
The 4th Nendoroid in the BRS series: 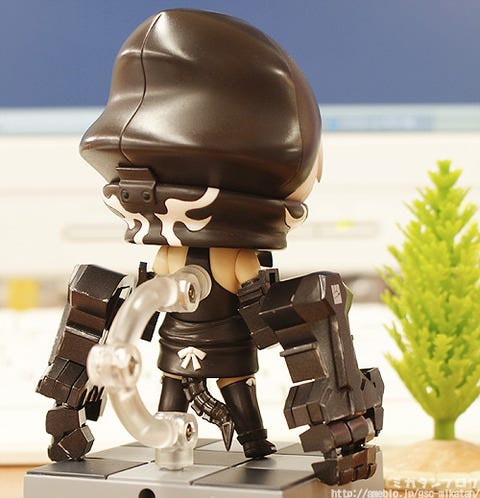 If you look at the bottom you’ll notice she also has a little tail! Does anyone remember the tail…? ^^

It’s also a posable little tail, so you can swivel it around a bit so it suits whatever pose you need. 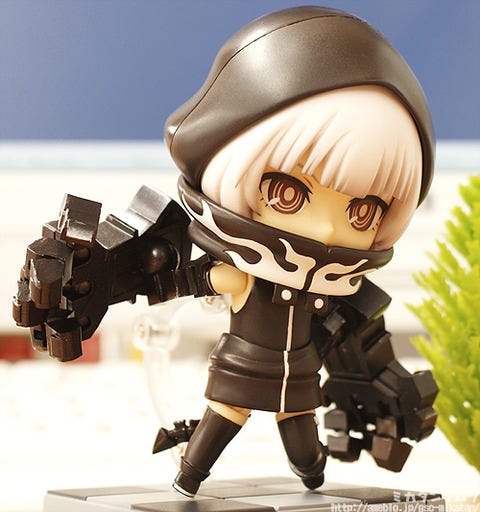 Her weapons are giant mechanical arms!

They are called ‘Ogre Arms’. They look super cute in Nendoroid form, and really make her noticeable. 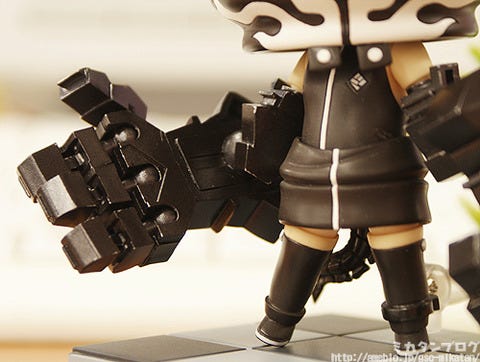 Plus they are fully posable!!

There are joints on the elbows and all of the fingers! They really move around however you need them to!

Now let’s take a look at the optional parts!

A separate set of shoulder parts lets you pose her with her arms more extended out. The Ogre Arm itself is also really posable so the combination of the two let you take all sorts of different poses.

The figure also makes use of the same stand as the previous BRS Nendoroids – a checkered base with a posable arm, which allows you to pose Strength is dynamic mid-air poses like the one above! 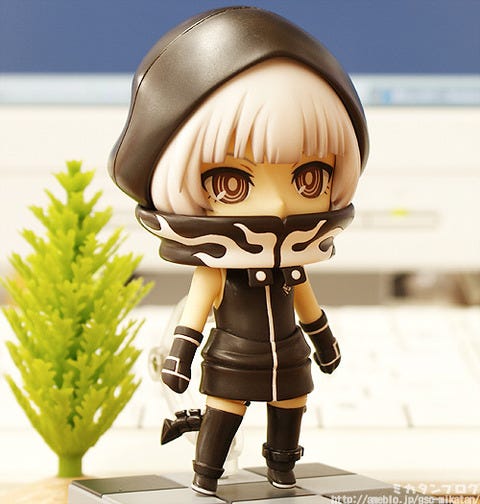 She also comes with normal arms!

As I mentioned above the Ogre Arm really makes her super noticeable… but without it she becomes super adorable!

It would probably also be interesting to attach just one of the Ogre Arms and let the other one stay as a normal arm. (Although I only thought of that after taking all the photos.. ;_;) 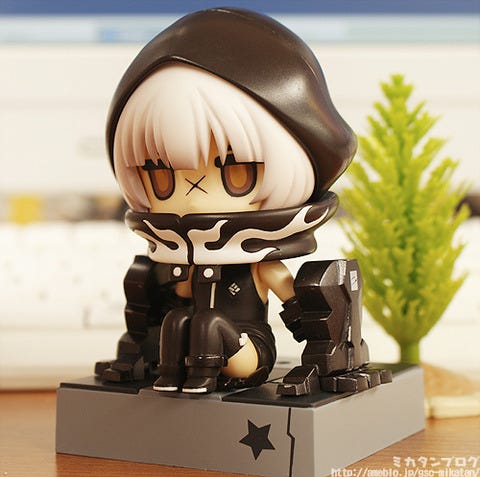 It wouldn’t be a BRS Nendoroid without…

The famous CHANxCO Face!
There are even extra parts to recreate the CHANxCO pose! 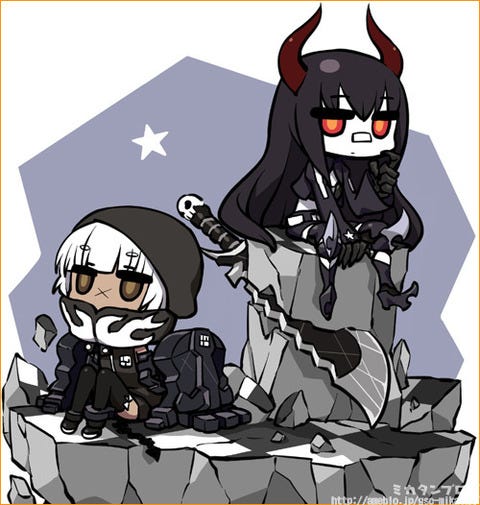 This is the original illustration!

The illustration was drawn by CHANxCO specially for the release of Nendoroid Black Gold Saw! 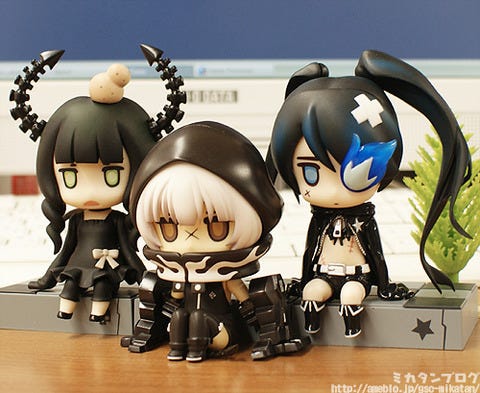 Noo!! Gold Saw-chan has been sent to China!

You’ll just have to enjoy a picture of these three instead… They’re so cute!!

For ordering details or questions please check out our partner shops.

All of our future products may be delayed due to shipping problems, planned blackouts and circumstances with the shipping companies, but we will strive to keep them all on the same schedule they are currently on. It’s hard to determine how things will turn out in the current circumstances, we hope everyone will understand!