A Visit to This Year’s Sapporo Snow Festival! 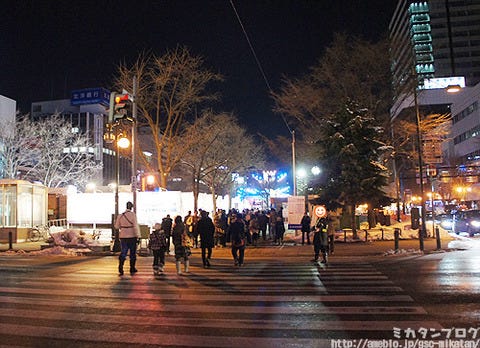 The GSC Staff decided to head to the Snow Festival on the long weekend!

Some of the staff arrived the day before, but the group I was with didn’t have much time to look around… so it was a bit of a rushed trip. ^^;

But still, we quickly dropped our luggage off at the hotel and rushed off to the festival. 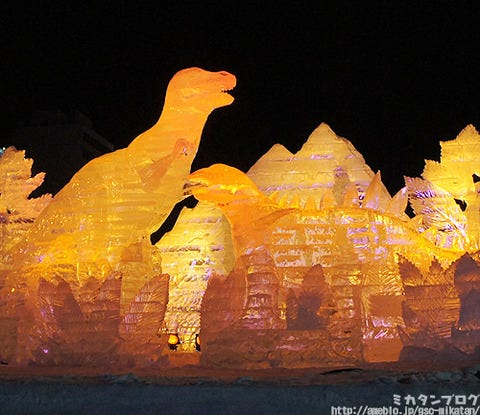 This was found along a main street!

The lighting beneath the ice created a really stunning effect! It was beautiful! 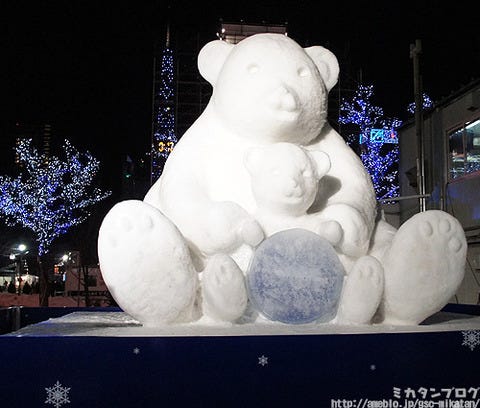 This sculpture was made the the folks at Nivea!

Whaaat?! We haven’t looked around at all yet! 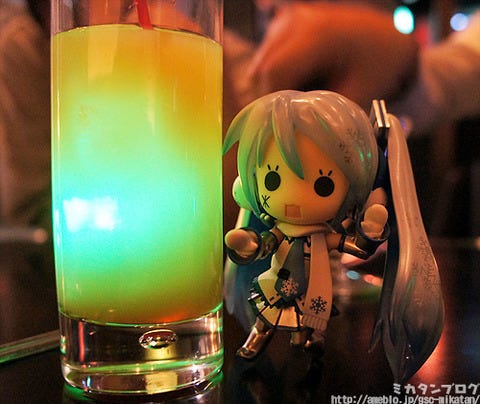 So we ended off the first day with a nice meal!

A little later we also had some drinks with some people from other companies… but it was only after on the way home that I noticed they were quite important people… ^^; 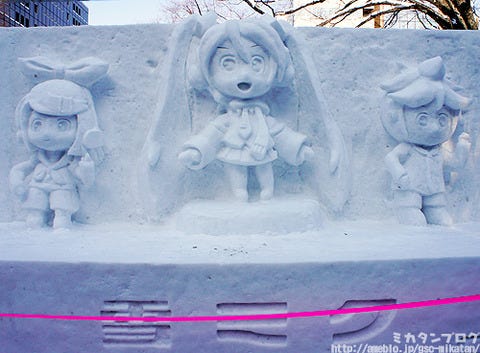 Rin and Len are with her too!

The poses were actually taken from the Nendo Petite Vocaloid series!

We also had a live broadcast from the event!

Most of the staff were busy elsewhere so it ended up as me doing the broadcast all alone… but thanks to everyone who watched and commented on the live! 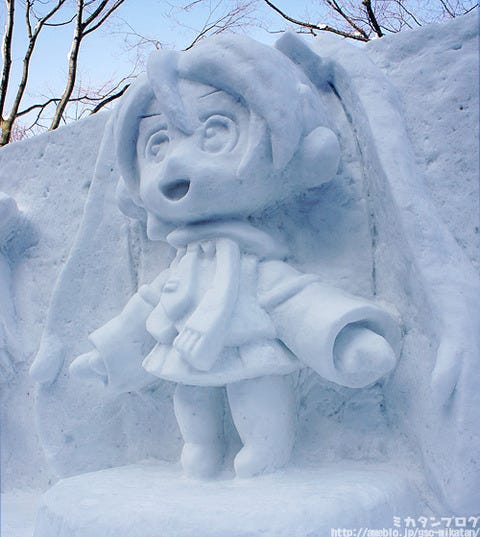 You can see her scarf, earmuffs and gloves!  Σ（ﾟ∀ﾟ ）

The same clothes that the new Nendoroid Snow Miku got this time around! It’s perfect! If you look inside the sleeves you can even see where the gloves end… it’s truly a work of art! 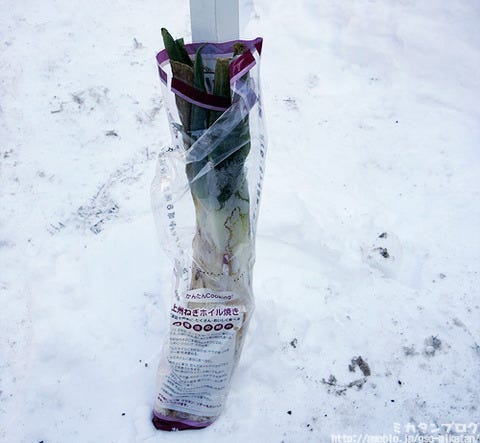 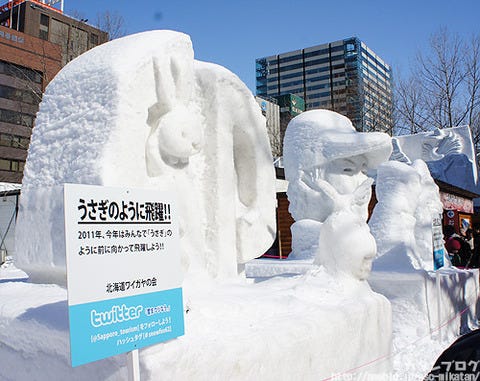 Let’s take a look at the other sculptures!

There were no set out areas for specific sculptures or anything so you just got to wander around and enjoy the nice variety of different sculptures. 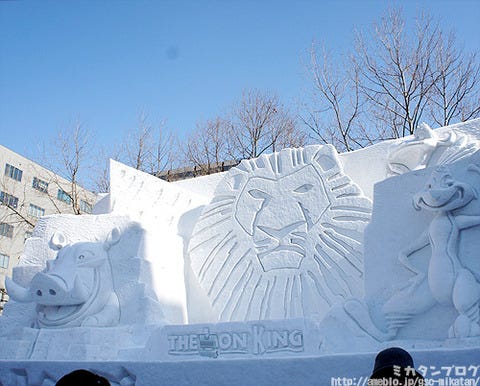 There were huge snow sculptures too!

I don’t think the photo does it justice… this sculpture really was big! 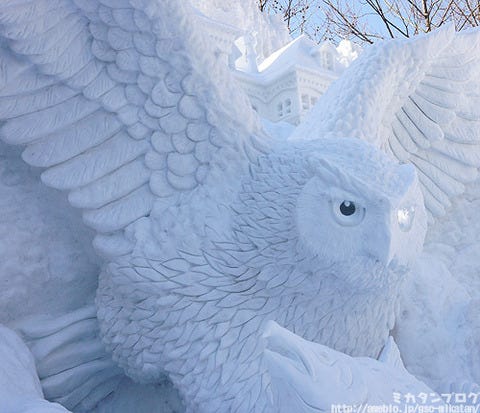 This one I got a nice close-up shot! 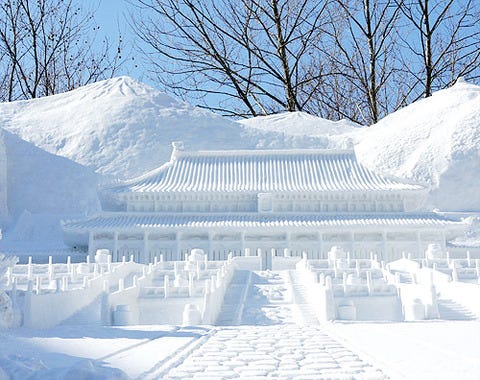 Can you believe this is made from snow!?

I was just thinking that the GSC sculptors should try making some snow sculptures! But I suppose figures are a completely different story when compared with snow? 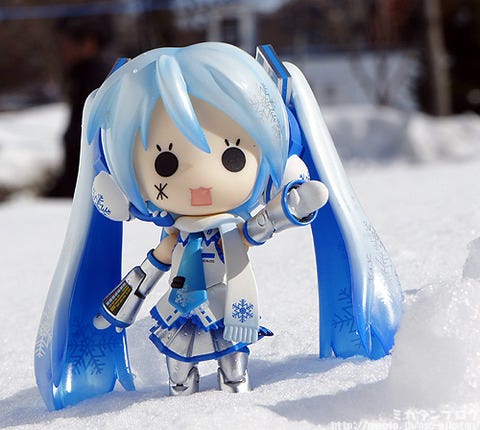 She wanted to stay and play more but unfortunately we just didn’t have the time. :P 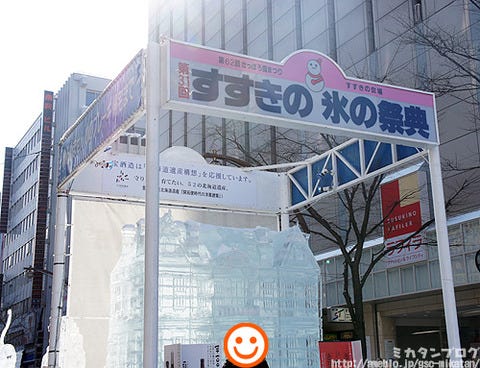 About 10 minutes walk from the Snow Festival grounds is a the ice festival where there are a load of ice sculptures to enjoy! I heard there was an Ice Miku on this side so I had to come look for myself! 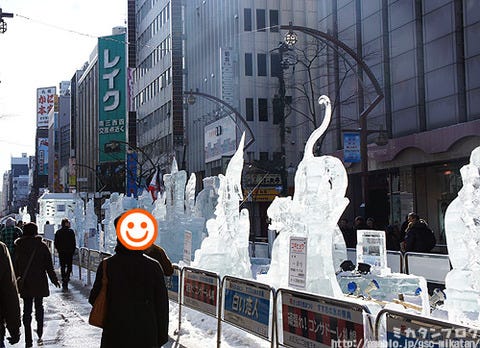 The sun was glinting off them giving them a nice sparkly appearance! 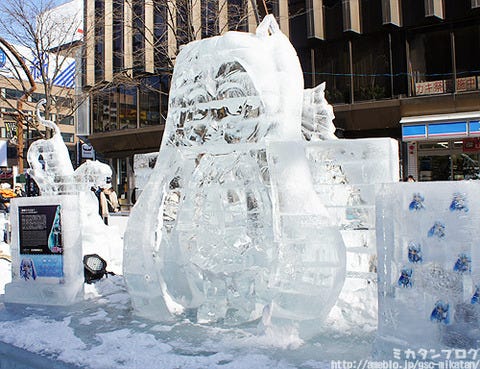 On the right you can see a bunch of the 2010 Nendoroid Snow Mikus… frozen in an ice wall!! How did they get inside there!? 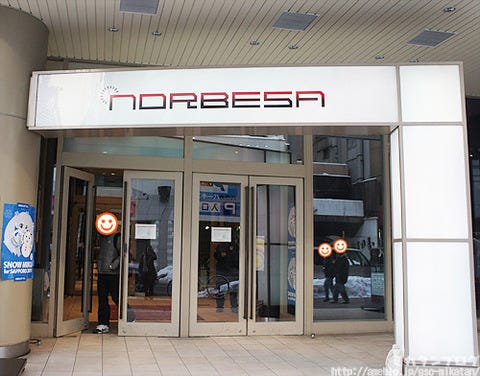 Then we rushed off to Norbesa!

This is where Crypton was hosting a variety of Miku-based events! GSC was helping out as well! 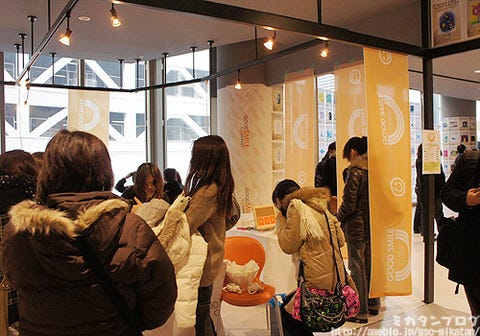 The cafe was selling nice warm drinks like coffee, tea and herbal tea to warm everyone up! A quick thanks to all the people I met while at the cafe – I’m sorry that I couldn’t stay and chat longer! 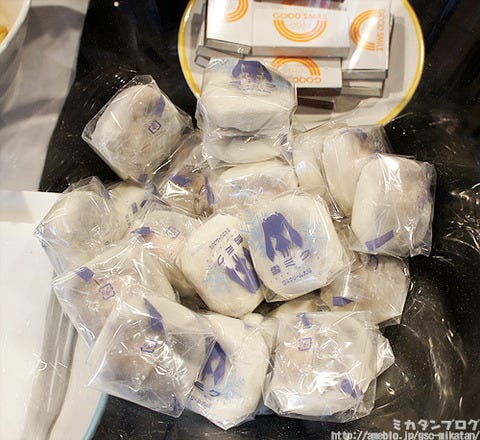 Everyone who ordered a drink got a free Snow Miku Cream Daifuku!

I also grabbed one… it was so soft and delicious! 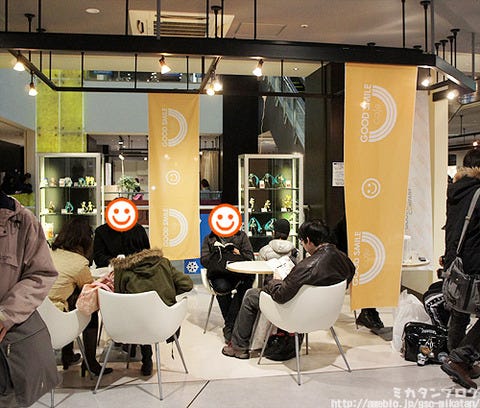 A nice place for a rest!

Of course there were some figures on display as well! 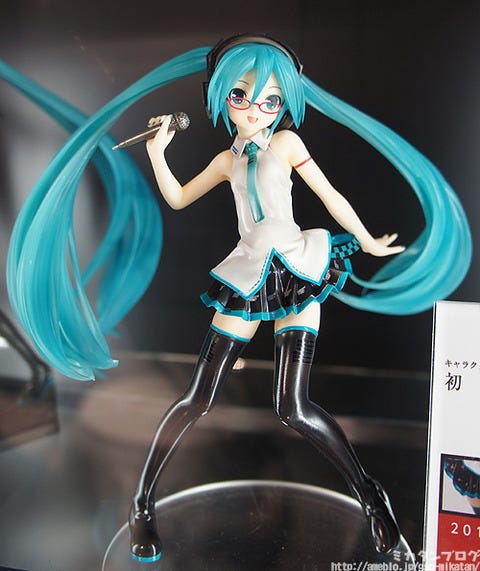 She traveled a long way very quickly to make it here from Sapporo! 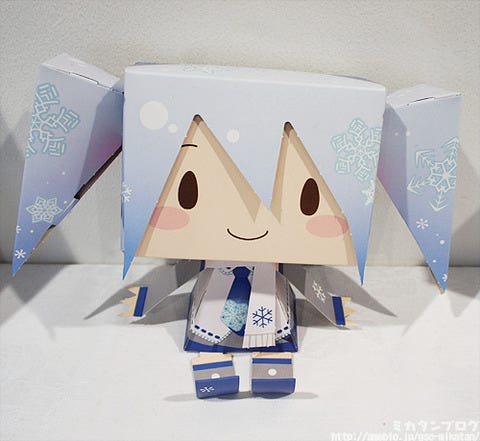 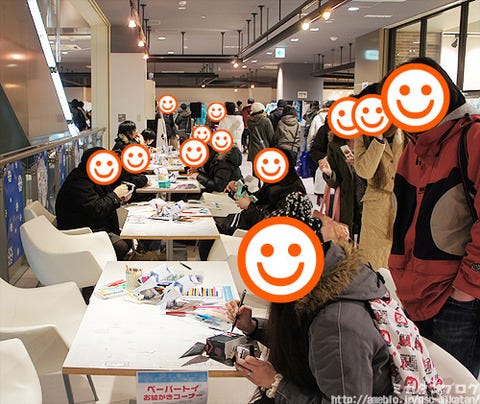 You could also make the original Miku!

In fact, you could make any Miku you wanted using the pens and crayons provided! There were a load of original Mikus displayed as well!

Snow Miku would dance along to the songs that were playing! (I saw her dancing to ‘Stargazer’!) This is the Arcade version of Snow Miku – as you can she she also has all the warm clothes that the Snow Miku Nendoroid is wearing! 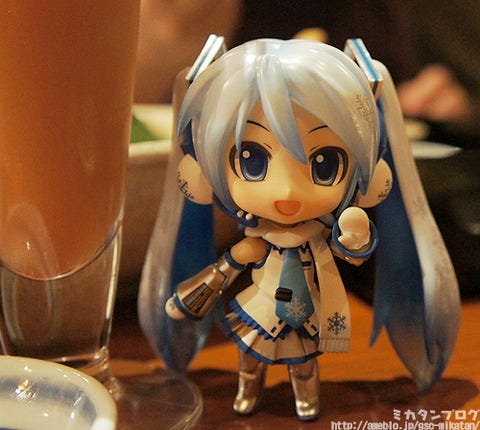 I really didn’t have a lot of time… but I did get to meet some people I wouldn’t normally get the chance to! I was really glad to get the chance to speak to Ryuusei-san responsible for ‘Shiteyanyo’. 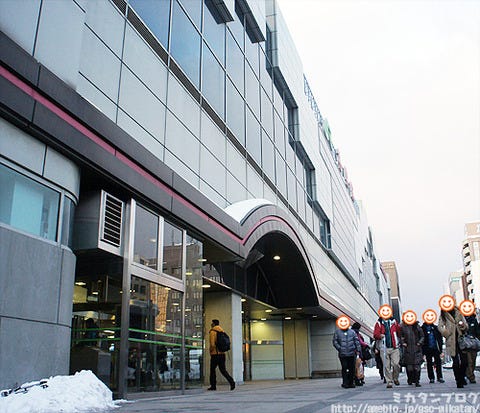 We only really had one full day to look around! :(

But on that one day I manged to have a live broadcast, take photos, speak with loads of customers and help out at the GSC cafe… it was a great visit! Lots of people were hoping for a longer live broadcast… I’ll try to make sure it works out better next time!

We still made it in time for the plane though!


But anyway… that’s all for today.
I hope to see you all again tomorrow!  (・∀・)ノ゛