Mikatan Blog’s Three and a Half Year Anniversary!

Mikatan Blog has been going for three and a half years!

The three and a half year mark was on the 11th January!

Next up is four years…. and then even five! I can’t believe it’s been so long! It feels like I’ve lost time somewhere! 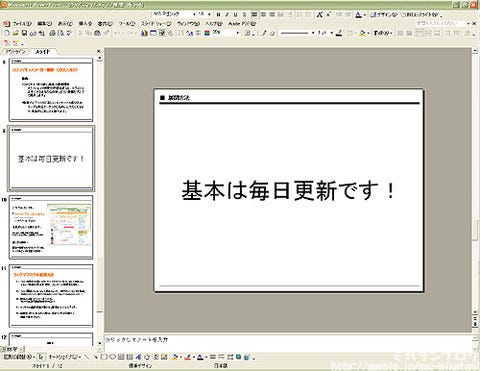 This is the planning I did before the blog started!

I think I have shown this before, but I need to post it once in a while to compare it to how it has turned out.  The slide here reads “Update Daily”… I don’t think the me back then knew how much work that would be. ^^;

But even with that said, I really have enjoyed writing this blog every day!

But it’s time to decide on a new title for the Japanese version of the blog! 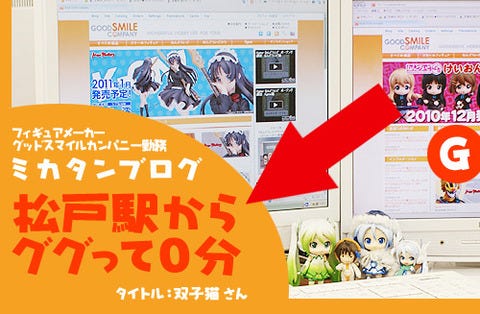 After half a year it became:

‘Then after a year:

After two years I started getting people to send in suggestions!

“5 minutes by panda from Matsudo Station”
from nobuo-san.

Two and a half years:
“4 minutes by dog sled from Matsudo Station”
from Pupu-san

And finally after three years:

“0 minutes by Google from Matsudo Station”
from Futagoneko-san

Those were all the titles of the past… and this time I’d once again love to hear everybody’s ideas for a new title!

The only condition is that it has to follow the pattern:

This is all just for fun, so feel free to send in an ideas you have!

I’ll be waiting for everybody’s entries!!

A big thank you to everyone who reads this blog, as well as everyone involved in getting it done everyday. I’ll  keep going the best I can to keep the blog fun and interesting for everyone!!

This part over here!