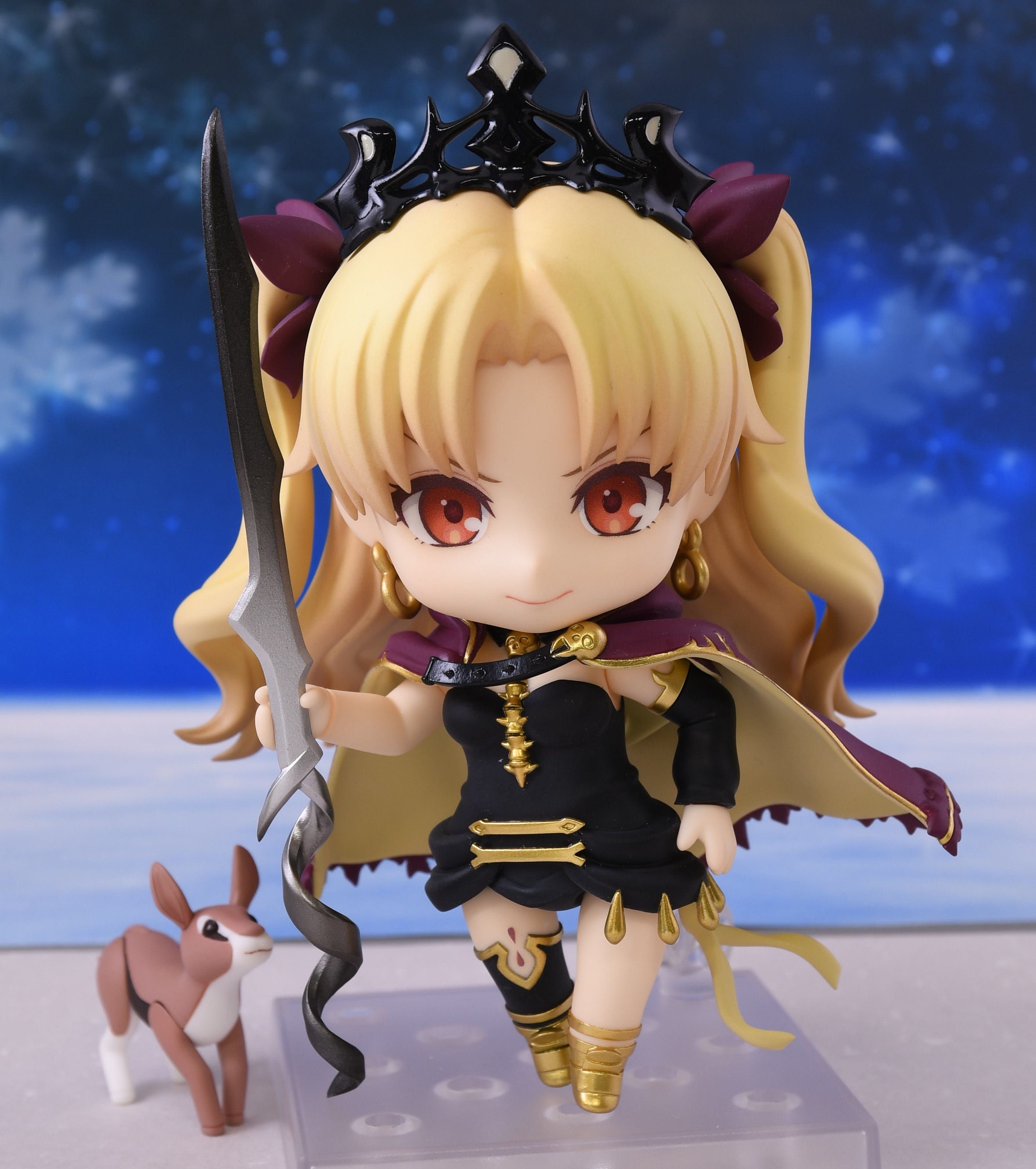 Only a couple more months until Christmas… time sure does fly! From the popular smartphone game “Fate/Grand Order” comes a Nendoroid of Lancer-class servant Ereshkigal! She comes with three expressions including a confident standard expression, a girly smiling expression and a flustered expression as though saying her “Stop that! I’m trying to look cool!” line from the game!

For optional parts she comes with one of her spear cages with a soul effect, the gazelle that appears when she begins one of her skills and her spear, Meslamtaea. A variety of effect parts are included, allowing you to recreate all of your favorite scenes! Be sure to add her to your collection!

“Queen of the underworld, Ereshkigal!

I have been summoned and come at your request.”

Ahhh, I’ve waited so long for this…! After her appearance in Fate/Grand Order’s Seventh Singularity “Babylonia” story in 2016, one year later she made her servant debut in the Merry Christmas from the Underworld event!

She’s been transformed into an adorable Nendoroid!

This time around, we’ve summoned Ereshkigal in her default costume with her signature red mantle. That color really takes me back to last year’s event… The golden decorations of her costume have been clearly sculpted!

If you look closely… you can see the bone-shaped ornaments!

Take a look at her jet black crown too! You can even see it has a glossy look to it! It’s a fitting crown for the queen of the underworld!

As for optional parts, she comes with the adorable gazelle that appears when she uses one of her skills! ▲So cute… it can also stand on its own!

Next, one of her signature spear cages is also included! The soul effect has been included in this faithful recreation as well! The pale spirit really gives off an ominous aura.

A shooting effect part is included too, which you can set her spear on! Translucent parts are used to give it a clean look! You can put it right on the stand base! You can also pair it with another part for an even better display…!

Parts are included to recreate her Quick attack, useful for racking up those critical stars! That’s not an effect sheet by the way! Her spear, Meslamtaea, and the translucent pink effects have been faithfully sculpted! A special stand is also included for easy display!

Using these parts, you might even be able to recreate the story of Ishtar’s descent into the underworld! As for face plates, in addition to her standard expression, she also comes with a flustered expression! She may be the queen of the underworld, but she can get really flustered when she’s in a pinch.

Those big teardrops and her trembling mouth… her worried-looking eyebrows are cute too!

Finally she comes with a smiling expression too!

The differences between her expressions are quite extreme, and this one in particular is just so lovable!

It really shows off the sweet side of the tsundere Ereshkigal! Available for preorder from the 18th of October (Thu)! Finally, the three of them together!!!

Preorders for many products at the GOODSMILE ONLINE SHOP are closing soon! Here are the products closing 18th October 2018 (Thu) at 12:00JST!